Von Hertzen Brothers – War Is Over

Highly successful Finnish prog rockers Von Hertzen Brothers released their brand new album War is Over. The album sees the band continue their anthemic style of prog rock. A common stereotype of prog rock is long drawn out expansive songs. Apart from the opening and closing tracks, the songs are distinctly shorter and a lot […] 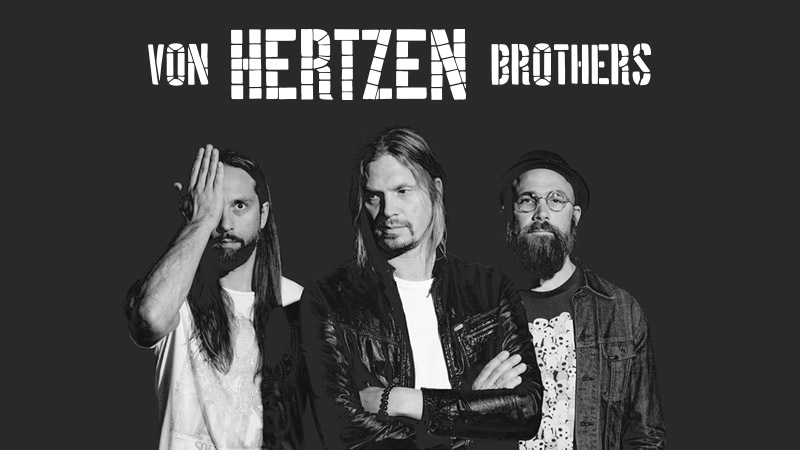 A common stereotype of prog rock is long drawn out expansive songs. Apart from the opening and closing tracks, the songs are distinctly shorter and a lot more accessible. Both the opening track (War Is Over) and closing track (Beyond The Storm) seem to satisfy the more expansive prog side of the brothers. While these two songs still have the pop sensibilities that have been key to the Von Hertzen Brothers success.

It is in the shorter songs where these pop sensibilities come to the fore front. With the choruses sounding bigger than ever and the guitars being significantly more accessible. The album itself seems to be structured around a side A/B dynamic. With side A being much larger, louder and ultimately more bombastic. While side B is the quieter and more intimate side of the Brothers.

From side A, songs such as The Arsonist and Frozen Butterflies a built around some of the best riffs on the album. These songs are coupled with vocal melodies that highlight the Brothers ability to write hooks that are very rare within prog rock. Outside of Blindsight, the second half of the album is slower and more intimate compared to the first half. With the songs taking on a style the seems more straight forward rock rather than prog rock. Wanderlust being the stand out song from this half with the vocals coming to the forefront on this track.