Valensole – Where We Should Be

Brit punk rockers, Valensole, will release their DIY debut EP “Where We Should Be” on 3rd March. The EP is a good starting point for the band making their first steps into the music industry, and is a great showcase for the DIY ethos of punk rock. The EP has a distinct Brit punk sound […] 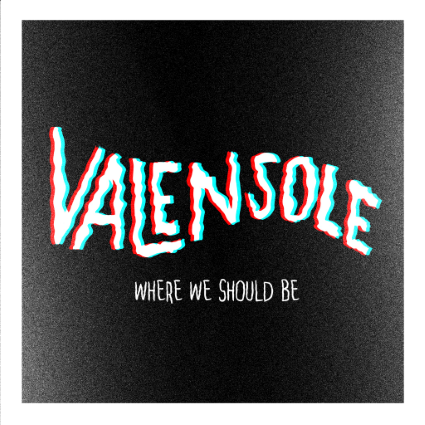 Brit punk rockers, Valensole, will release their DIY debut EP “Where We Should Be” on 3rd March. The EP is a good starting point for the band making their first steps into the music industry, and is a great showcase for the DIY ethos of punk rock. The EP has a distinct Brit punk sound and in modern music is most comparable to the work being done by Frank Carter and the Rattlesnakes, as well as influences being heard from 90s American punk rock as well.

The trio from Southampton open this EP with track Staple Water, this track opens quite slowly and only really grabs you in after about a minute. The slogan-esque hook on the chorus holds attention and the drop in tempo and volume towards the end of the song allows for a build-up similar to that perfected by the American punk scene. The following track Don’t Follow Me starts much quicker, opening at full pace, this song is where some more hardcore esque vocals are displayed but again the highlight is the hook on the slogan style chorus.

The next track Believe shows a slight change in guitar tone, displaying a more contemporary sound. In this track the opening verse is sung over the rhythm section as the guitar riff dies down. Only for the guitars to come back in as the chorus kicks in and allow the energy to flow through the song. This song displays a variation in song writing styles and is a particular highlight on the EP, with the final build up being a key part of this. Title track Where We Should Be is next and this displays some more of the pop and skate punk influences of the band, whilst still maintaining the brit punk sound evidence throughout this EP. This is the most melodic song on the album and despite this perhaps offers the worst hook of the album.  This track does encapsulate the DIY aspect of the album with a shout of “come on” introducing the tempo increase to end the song. Closing the EP is Inside Out. A slow builder displaying some skate punk influences but this time combining it with the aggressiveness of hardcore punk. The guitar riff on this track is the most notable off the EP and is definitely the highlight of this closing track.

Overall this is a good debut EP, from a band who have a distinct brit punk sound. But like most bands these days the influences from other more specific genres is clear. Special mention should go to frontman Elliott Jones who mixed this album superbly considering it was a DIY project.