As I arrive to the venue, I find a queue zig-zagged, and stretched over a 10 minute walk away from the venue itself to find the end of it, like waiting for the opening of a huge festival, as my mind wonders how the hell all these people will fit in such a space. As […] 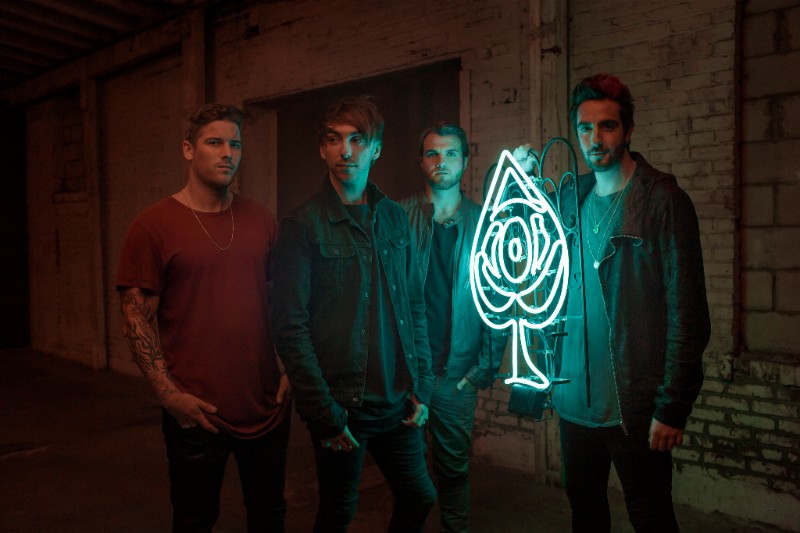 As I arrive to the venue, I find a queue zig-zagged, and stretched over a 10 minute walk away from the venue itself to find the end of it, like waiting for the opening of a huge festival, as my mind wonders how the hell all these people will fit in such a space. As you move closer to the entrance you start to notice that people haven’t only been here since mid-day, but may have in fact been that crazy to of spent the night before outside the venue, with a handful of sleeping bags and blankets ditched outside the venue.
45 minutes after the doors have opened, Waterparks take to the stage and you can’t help but feel sorry for them as half the crowd are still in the queue outside. Made In America is the opening song, which as excited as I was to hear, the quality of the mix was diabolical, especially the vocals being muffled and unclear. Maybe it’s due to the room still filling and the sound resonating around the room, or the curse of the support acts not getting the same special treatment as the headliners are given. Regardless of the sound, the band still put on a great show with many people singing along, raising their arms in in sync with the lyrics. After a short 6 song set of injustice, this should not reflect on their record.
Following this, we hope for a vast improvement and someone to have taken over the person in charge of sound, as SWMRS take to the stage with twin spotlights, a punky spirit track kicks in and evidently the sound has been reviewed. After talking about the fascist world and for us all to think for ourselves, he explains the next song is about Miley Cyrus as hands sway from left to right towards the front of the barrier, although in the long run of the set, the crowd seem to be saving all their true energy for the headliner, and seems like Waterparks would have been more successful for the main support.
As the stage is cleared, every time the house music fades, people cheer, every time a mic or guitar is checked, people cheer, when the curtain for their stage layout is dropped, people cheer. You can identify the sold out crowd are restless, eagerly waiting for All Time Low. The lights finally dim as they stroll on stage with high-pitched cheers kicking things off with Kicking And Screaming as an intense light show blinds the ecstatic crowd uncontrollably screaming every word back to the band. Not wasting any time, they get stuck into Weightless as the whole floor is jumping. Phones fill the air as they take shots while Somewhere In Neverland continues to keep every lung in the building active. During the set Jack (Guitarist) seems to be making a collection of bras on his mic stand, adding a message given from his Mom before hitting the stage about behaving himself, of course doing the opposite as sex jokes spewed out. Kids In The Dark continues the mood, followed with Alex (Vocals/Guitarist) ditching his guitar to announce the new album Last Young Renegade coming out soon, and playing the latest single Dirty Laundry, amazingly the majority of the crowd already know this word for word as they overpower his vocals.
After a string of thank you messages to the crowd for supporting a 14 year career, we slow things down as Alex performs Therapy solo on his electric guitar, followed by Missing You bringing an acoustic to the stage, and the band back into the mix half way into the song. Now people have had a breather we are back to full energy with A Love Like War, people screaming and every arm in the air. Backseat Serenade keeps the momentum of this youthful energetic atmosphere. Take Cover draws the ending of their set before returning for the inevitable encore, which clearly the kids are not ready to go home just yet as All Time Low prove they are at an all time high playing Lost In Stereo and Dear Maria, Count Me In before finally taking their leave for the rest of the tour.
All Time Low have much respect for the UK as they say they have only played 3 shows in 6 months all of which were in London, and the UK fan base have just as much respect for them in giving us this much of their time. 14 years in, showing no signs of slowing down, as they are looking to take over the World with expectations of selling out even bigger venues in the future.