The Spill Canvas have made a comeback into what is a very different music world, but new album Conduit sounds like they don’t give a damn. 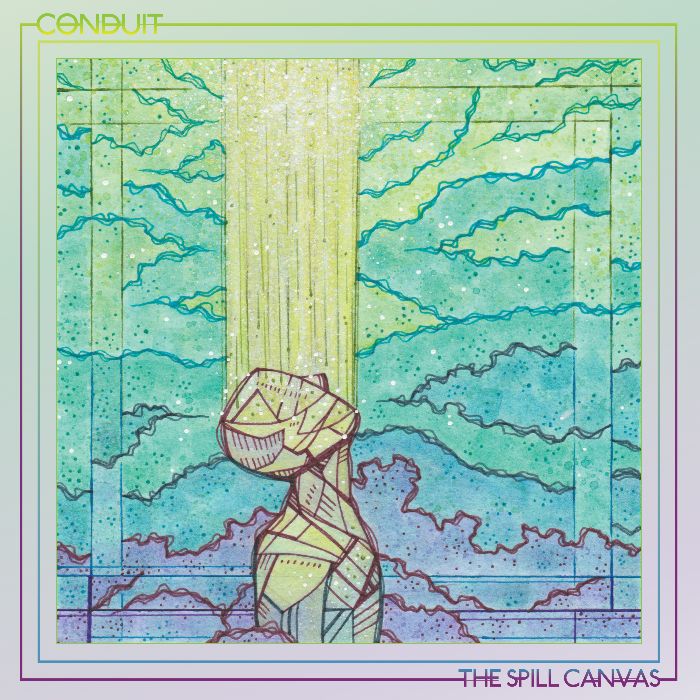 The record opens up with ‘Architecture‘, a song in which nothing is technically wrong but for some reason it doesn’t feel right. The chorus seems a little flat and uncomfortable; it’s a misstep situating this track right at the start. They rectify this immediately with highlight ‘Firestorm‘. The band seem much more at home with this soft rock, mid-tempo, reserved sound. The vocals are stellar and the chorus, though not overly memorable, is brilliant. Hats off here to the band for the production because the whole vibe is delicious.

The aggressive vocals from the opener return in ‘Darkside’, but this time more tastefully used in a boogying track that melds the sounds of the first two together and is irresistibly infectious. ‘Calendars‘ is the same, though this time carried by an instrumental that, if on a track from one of the world’s chart-topping superstars, would be the skeleton of a monster hit. The bass here is gorgeous, and the chorus is catchy, memorable and moving (the three musketeers of a good chorus, if you ask me, which you didn’t, but I’m telling you anyway).

‘Blueprints‘ is very similar, but this time leans more into a conventional structure and adds some extra emo spice onto that chorus. My attention starts to wander during ‘Cost‘ as, though the track is good, the album is starting to stagnate a little. Thankfully, a switch-up comes with ‘Gallon‘, where the pace slows a little. There’s some delicious sonic choices here that thicken out the track, and the song itself sounds like the spawn of late night, bluesy jam. To top it off, the chorus is artwork.

‘Akathisia‘ takes the title as the album’s weakest track, as it doesn’t stick nor does anything new or exciting, but it’s a momentary letdown. Gorgeous duet ‘Molecules‘, with Sherri Dupree-Bemis, becomes a late highlight, an absolutely phenomenal achievement as two stellar vocalists push the very best out of each other.

The record closes with the fast-paced, bordering on pop punk title track. It’s the perfect send off, a wonderful foot tapper, and the record bows out at just ten tracks and doesn’t overstay its welcome. Clearly, a lot of time and effort has gone into this record, and each member of The Spill Canvas should be incredibly proud. This record is a phenomenal achievement. Old fans will adore it, or at the very least respect it, but I can honestly say that because of these songs I am officially a fan, having never heard any of their music before. No, not even ‘All Over You’. I’ve been under a rock.