This album had some bleak and often melancholic moments but despite this there are slight glimpses of hope to be found within all the dark lyrical content which is exactly what we need in the world today – to find hope despite the darkness! 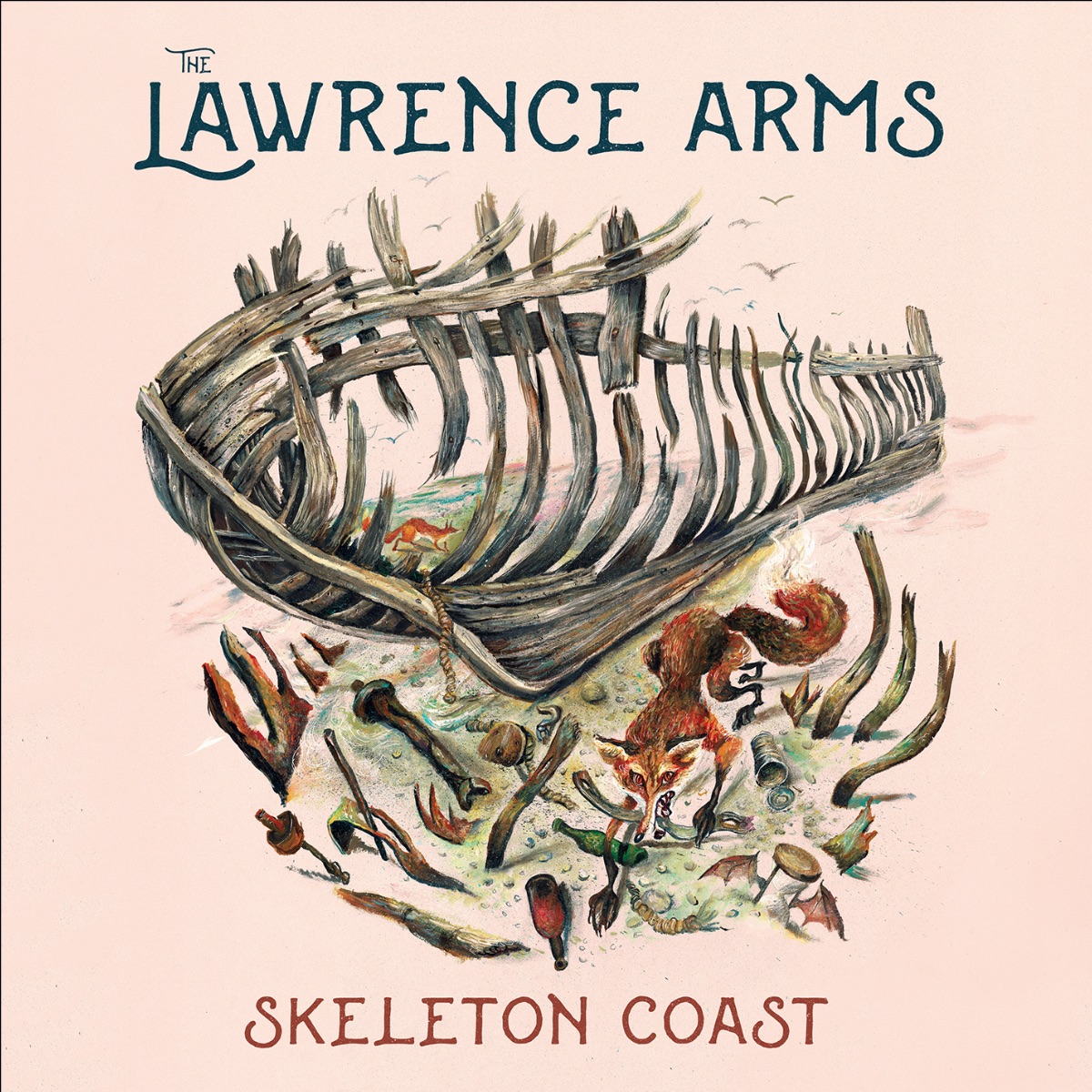 Their recent release Skeleton Coast is a 14-track album released on July 17 and produced by Matt Allison. This album has been a long time coming as this is the band’s first album release since their 2014 acclaimed album Metropole hence the buildup and anticipation towards the album. Now the question is that did they live up to these expectations? Only one way to find out, let’s get straight to the review.

This album begins with the somewhat melancholic track Quiet Storm it began with a relaxed tone and picked up tempo. The duality of the vocals between the two vocalists was beautiful. The instrumentals played a huge role in making the entirety of this song and I loved just how balanced it was with the vocals. I couldn’t have asked for a better intro to this album as it set the right tone for me and got me wanting to hear what was next. The lyrics were meaningful and original,it just seemed to speak directly to me especially with such fitting last words on the outro ‘… finally I’m free at last.’

On PTA they kicked the tempo up a notch and gave us that rock-feel we all know and love with the vocals and drums. The lyrics was melancholic and seemed to reminisce about old love and old feelings wishing things could be back to the way they were but at the end of the song it seemed they had accepted the reality as they sang “… Remember? We used to hold hands. Now I just go out alone when I need to dance.”

Belly of the whale rode on a similar tempo as the previous track PTO. What I loved was just how thought out the lyrics were,they weren’t just saying mumble jumble but words with deep meanings attached,it is certainly a catchy tune that’s if you couldn’t already tell by the name of the song. This was my favorite song on the album as I just loved their word play on this song and how catchy the instrumentals were.

Dead man’s coat as the name implied was a clever word play on losing his form and color while being wrapped in a dead man’s coat – it’s easy to assume about who the dead man is until this verse comes on ‘.. I’m dead in the water.’

Pigeons and Spies gave me was my second pick for favorite song seriously there was everything to love about this track from the instrumentals,vibes to the vocal arrangements and to the relatable lyrics. The way they cleverly made references didn’t miss my radar, from the ‘queer and locker room’ reference to the ‘bombers and the moms reference. The lyrics are certainly dark and melancholic as we’ve seen in previous tracks ,one of the lyrics that stuck and really resonated with me was when the vocalist sang ‘i wanna make big changes but I’m not in the mood.’

Last, Last words begins with an electrifying intro leading up to the main vocals, with chilly and somewhat dark lyrics accompanied by the ever entertaining vocals provided by the two vocalists. This was a fun song to listen to.

(The) demon began with a fiery of vocals that fit perfectly with the dark – theme of the lyrics. This was one of my favorites song from this album mainly because of how though the lyrics is more of a self-criticism yet there’s still a display of confidence and celebration in who they  they’re as they sing  ” I’m the demon..I’m the hell.”  The guitar solo on the outro was nothing short of perfection.

Ghostwriter this was the first song on the album that i finally heard the words skeleton coast been used so. What I loved most about this song was the chorus the falsetto by Chris was pretty hard to ignore and was the highlight of the song for me.

How to rot the Fidel Castro reference at the beginning of this song was what really caught my attention. The urgency and intensity in the vocals of this song is the main essence of the song for me. The mixture of a country like sound at a point in the song was just one part of the various elements in this song. How they were able to bring together different elements and assemble it into one song without ruining it or ‘doing too much’ is one of the reasons they’ve remained a band of note. There was so much going on in this song and I loved it.

Under Paris the vocals are more relaxed compared to the previous song and the lyrics aren’t as dark. This song shows the the Lawrence Arms as not just musicians of note but wonderful songwriters.  The chorus seems to compare humans to wolves “chasing the same light of the moon” which in this case means we’re all looking for some positivity despite the darkness.

Goblin Foxhunt  was certainly one of rage especially the reference to “all the kids in cages are starting to shout.” It had the fiery passionate tune that I’ve come to identify with most of this album. The soft vibe  of the guitar outro certainly was a contrast to the high energy tempo of the instrumentals we heard at the beginning of the song – it certainly was pleasing to my ears.

Lose Control  it was pretty hard to tell if he was joking or serious when he said “I’ll make them love me or I’ll buy and sell their sorry souls” but oh that was my favorite lyrics of this song. This song’ chorus reminded me of Jesus take the wheel by Carrie Underwood just with a lot more dark lyrical content and a less country feel.  The confidence in his vocals as he belts out each of the words in the lyrics gives me an ego booster  and certainly makes me feel like a villain of sort especially as as he says “I own the future and I own what’s left of yours”

Don’t Look At Me the vocals on this song was certainly raw and the lyrics sound like that of a lover who finally realized that sometimes even your best might not be good enough for that special one as he sings “curse my love .”

Coyote Crown was a befitting ending to what had been a whirlwind of beautiful emotions through out the album, the vocals as usual was top-notch and the instrumentals edgy. What struck me was the question asked “who am I?”  The edgy guitar riff at the outro brought us to a concluding end to what if I do say so myself is one of the best rock album I’ve heard this year.

This album is certainly worth a listen both for fans of the Lawrence Arms and those who are just discovering this band. It cannot get any better than this! This album had some bleak and often melancholic moments but despite this there are slight glimpses of hope and love within it. When you get past the fact that there are 14 -whole songs in the album don’t be discouraged by that, once you begin to listen to it it’ll be hard to stop until you reach the very last song.

You can find the album here