Silverstein – Out Of This World (Episode 1) review

Silverstein have brought the live experience to your living room with their three-part concert series Out Of This World. However, the band are completely aware that it’s not the same, so they’ve spiced it up a little. 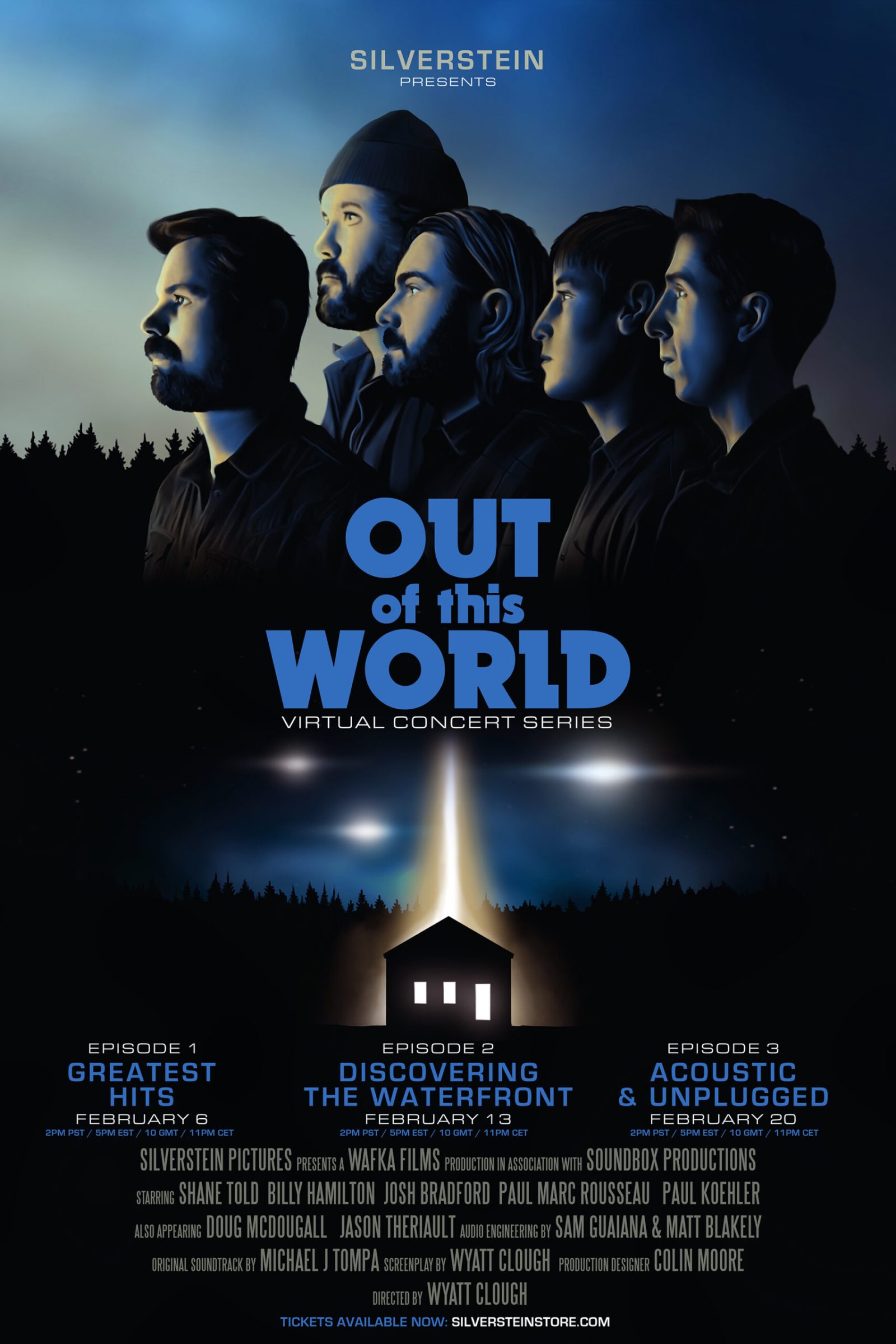 Immersive streaming experiences have become all the rage during the COVID-19 pandemic, helping bands stay afloat, pay their crew and offering fans a form of live music to tide them over until the real thing comes back. All Time Low’s Basement Noise contained five livestreamed gigs with setlists written by each member (plus a full playthrough of their latest record Wake Up, Sunshine) allowing for varied sets containing songs that you don’t always get to hear. Silverstein, however, have taken it a step further.

Out Of This World has a plot arcing through its three episodes, marrying concert with TV miniseries. We begin with lead guitarist Paul Marc Rousseau going out for a smoke and seeing something in the distance, watching the barn in which the concert is about to begin. Halfway through, they stop and watch a “spooky light” in the sky. Upon the show’s conclusion, Shane Told (lead vocals) begins to address the band, only to find they are frozen in place. One by one, they are whisked away, and Shane is captured despite his attempts to escape.

The plot isn’t a huge piece, of course (at least, not yet) but still adds a little something to the concert to make up for the fact that you’re in your room watching on a computer screen, not shoulder to shoulder with the stench of sweat and beer with volume so loud your nose vibrates. On top of this, the plot is done tastefully, with the focus being on the music. This means those who only wish to watch one of the streams can do so without it being hindered. I, for one, am excited to see where the story goes, but am more excited to hear Discovering The Waterfront front to back next Saturday, and I’m praying for an acoustic of ‘Aquamarine’ the week after.

The show itself, then: the band play around the room, making it feel at times as if you are in the middle. The lightshow mimics that of a real concert quite wonderfully, and the band fire on all cylinders. Told sounds phenomenal, his screams on ‘Retrograde’ being frankly mind-melting. The setlist is tasteful, focusing primarily on the hits (as the show’s title may suggest) but the band take advantage of the fact they don’t have to play any of Discovering The Waterfront, adding in personal favourite ‘A Midwestern State Of Emergency’ and performing an immersive and powerful medley of ‘A Shipwreck In The Sand’ including the one-two-three punch of the record’s first chapter (‘A Great Fire’, ‘Vices’ and ‘Broken Stars’). On top of this, three of the best tracks from latest outing A Beautiful Place To Drown feature.

‘November’ and ‘Hear Me Out’ are billed as When Broken Is Easily Fixed tracks but, as well as the inclusion of Redux II’s ‘My Disaster (2.0)’ as the (blistering) opener, it feels like you’re listening to the newer (and, might I add, superior) versions. By re-visiting these tracks, the band seem to have deepened their knowledge and abilities surrounding these older cuts.

Silverstein are for sure a band who are better now than in their 2000’s heyday; their recent releases (the 2015, 2017 and 2020 albums and the two Redux records) are easily their best works. Out Of This World just adds to this. It’s the band on fire, providing blistering entertainment at a reasonable price to make this pandemic a little less horrendous. I, for one, cannot wait for episode 2 and 3.