There’s a new band in town full of talent that just released a new album! Separations are a band formed of 5 members from Atlanta, Georgia. This past June their second album “Bloom” was released, and I personally think they couldn’t have picked a better title. They’ve burst (dare I say Bloomed) into the music […] 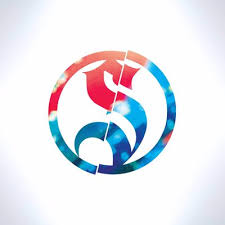 There’s a new band in town full of talent that just released a new album! Separations are a band formed of 5 members from Atlanta, Georgia. This past June their second album “Bloom” was released, and I personally think they couldn’t have picked a better title. They’ve burst (dare I say Bloomed) into the music scene with a very unique sound. It is unlike anything I’ve ever heard before, as much as I’d like to compare them to someone specific to give some sort of clue of what to look forward to; I simply can’t.
The band consists of Will Crafton on vocals, Myles Priest & Tyler Whitfield on guitar, Brenden Worthington on bass, & David Richey on drums. Together they created the 10 track album which is full of great head banging guitar riffs with amazing lyrics to match. Together each member balance each other well with enough drums, great riffs, and the perfect amount of vocals that make the album sound amazing.

Just when it seems it cannot get any better, it does. It truly is such an enjoyable and easy listen. Each track has meaningful lyrics that can connect with any individual such as: “I’ve seen the other side of this world/ That I chose to see the beauty of, instead of asking why am I still alive” which is from the track “Exist” my favorite on the album. Listening from one track to the next gives one an insight as to what the band has gone through together, while also letting the listener know that they’re not alone. Throughout the album it’s shown how much heart and passion was put into each track, allowing the listener to connect to the band on another level.
I’m hoping Separations makes their way to the West Coast of the United States, giving me a chance to see them perform live. If you’ll be attending any of the U.S. Vans Warped Tour dates you’re in luck! They’ll be performing at a few of the dates below! Be sure to check them out!

You can stay updated on the band via their social medias below!
https://www.facebook.com/separationsofficial
Tweets by SeparationsBand