Arriving to a queue that wraps around the building and back to the entrance you expect gig goers want to pick their spot close to the front for the duration of what should be a stellar night, as PEARS (The band, not to be confused with the fruit) kick start the night while the Brixton […] 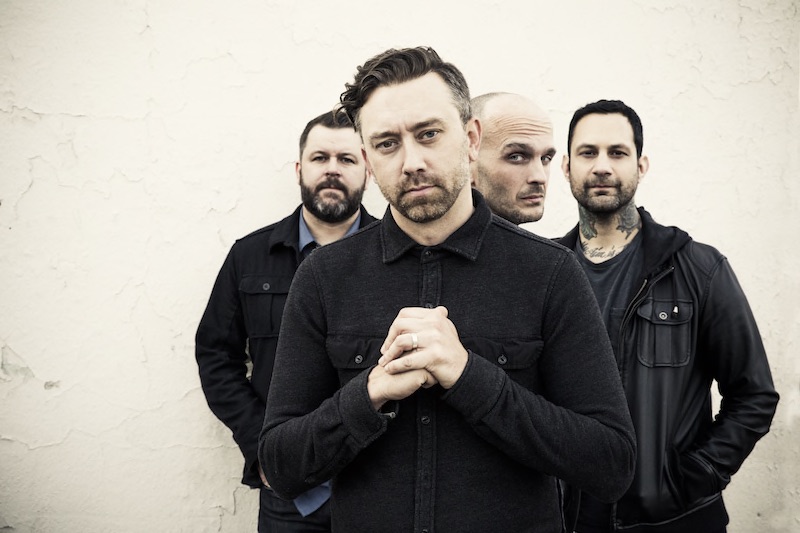 Arriving to a queue that wraps around the building and back to the entrance you expect gig goers want to pick their spot close to the front for the duration of what should be a stellar night, as PEARS (The band, not to be confused with the fruit) kick start the night while the Brixton O2 Academy continues to fill. Blasting through a raw punky set, they try and win the crowd over with some humour stating they are “most probably the fastest band to play here”, which gets close to no response regardless of the fairly good comedy provided by the band.

A fully packed out room now as Sleeping With Sirens emerge on to the stage to a low sub sounding noise through the PA speakers as they open with Tally It Up: Settle The Score, the low end is still drowning out the high notes reached in Kellin Quinn’s vocal abilities. A huge response for SWS proving this could have even been dubbed a co-headline tour regardless of the sound engineering giving them the ‘support act’ treatment. Backing vocals from the crowd don’t go unheard as everyone joins for Do It Now, Remember It Later the energy in the room is really building as the guys thrive off the crowd running all over the stage. If You Can’t Hang allows Kellin to show his truly inspiring vocals giving a solo performance of his own nailing every high note delivered before ending with Kick Me which baffles me as to why not a single song was performed from their amazing debut album.

As everyone waits with the SWS banner still in place, the room darkens and the banner raises to unveil 2 huge screens playing a cinematic video before Rise Against open with Chamber The Cartridge having everyone’s fists in the air following with a huge fan favourite Give It All as everyone is screaming back the chorus. Frontman Tim finds his way with the crowd gathering everyone to his command when asked to clap or scream along while giving a speech on problems of today and being told what to do (ironic, yet captivating). The Good Left Undone leads into a cinematic piece on a war like animation before blasting into Collapse (Post Amerika) which keeps everyone on their feet singing everything back while mid song clips of unnerving real life police brutality scenes play.

Stage blacks out and the spotlight on the microphone center stage appears where Tim enters with an acoustic guitar to play Swing Life Away, People Live Here and Hero Of War which plagues the audience into a tearful and beautiful sing along giving the chaos in the pit area a several minute rest before bring back the punk rock Help Is On The Way. Wolves gets the most ambitious videography as a high quality experience lights up on the screens followed by Satellite also providing colourful scenes. Leaving the stage again, Rise Against soon make their return while Tim argues that the term “political band” gets throw around them while stating there is nothing political to being against racism, homophobia and bigotry, well said as they power on with Make It Stop ending in the American flag showing the gay pride colours on the screens flowing into Savior which seen the band exit the stage for the last time as an upside down American flag now lights up the stage.