Liverpudlian pop-punk quartet, WSTR are thrilled to finally be announcing the completion and release of their debut album. Entitled ‘Red, Green Or Inbetween’, the record is set for release on January 20th, 2017 via No Sleep Records. First up on the album is track “Featherweight”. Already I have a sense of pop punk from the […] 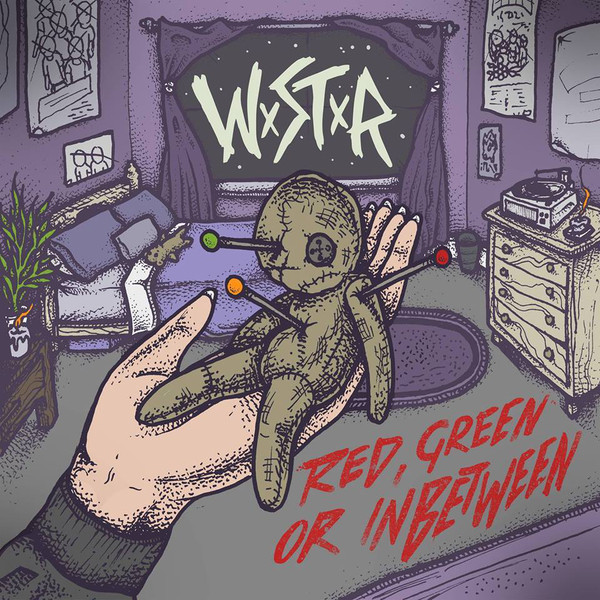 Liverpudlian pop-punk quartet, WSTR are thrilled to finally be announcing the completion and release of their debut album. Entitled ‘Red, Green Or Inbetween’, the record is set for release on January 20th, 2017 via No Sleep Records.

First up on the album is track “Featherweight”. Already I have a sense of pop punk from the album without the vocals even kicking in, the melody and rhythm is enough for me to love this song. When vocalist Sammy Clifford kicks in, it’s like a sudden burst of Neck Deep! Which a pop punk lover’s thrill!

Second track on the album is “Footprints”, the lead guitar in this track makes me nod my head along to the beat. Again, a massive pop punk vibe with an aggressive tone but makes you want to sing along, start to finish.

“Gobshite” is the next track, a very punk start to this one! So far, this band are living up to their name! “This album is mainly a breakup album however it’s not a ‘fuck you’ album it’s more a ‘mad at myself’ album”, Sammy talking about where they found inspiration for song writing and their album title. Listening to this track, along with the rest, you can sense where Sammy is coming from.

The fourth track is “Lonely smiles”, the names of these songs are “emo” in the most comical sense. The funny part of me saying that, the song has a pretty cheery vibe flying from it. Lyrics speak otherwise, all in all, a belter of a tune this is!

Fifth is “Nail the casket (Thanks for Nothing)”. The guitar riff in this track reminded me of a Biffy Clyro song for a split second! Extremely interesting! Back in to the pop punk beat, with those famously known drum beats and catchy riffs from guitars. I can’t get over how the vocals sound so much like a Neck Deep and Modern Baseball love child.

“Eastbound & Down” is the sixth track, so far this album is pleasurable. This song is my favourite by far! The lyrical content is perfect, the beat of the drums and guitar rhythm is the literal quote “music to my ears” and as for the harmonies at the end, I’m in love!

Seventh track “King’s Cup”, the raspy and shouting vocals to this song are faultless. A lot of the tracks you think sound similar BUT there’s always that little different part in each track that makes them stand out and makes it non repetitive.

“The last ride”, this track gives me an As It Is feel with the mix of rhythm and lead guitars. Music definitely improves your mood, it brings out emotions, it can relax you and reduce stress and negative emotion. This song in particular brings a lot out of a person.

The ninth track of this thrilling album is “Hightail”, it starts off with major fast rhythm and gives you an upbeat feeling. Not much needed to say about this song other than the fact they are keeping the mood up throughout!

Second last track is “Penultimate”, whenever a song starts on this album I always think I am about to listen to a Neck Deep track. For me, that is an amazingly good thing as Neck Deep are one of my favourite bands. This track, is extremely catchy and the beat and concept make you tap your foot along. The way the song slows down mid way is what you’re wanting and expecting from a pop punk tune and this band live up to those expectations.

Last by not least is song “Punchline”, I feel towards the end of the album after saying it wasn’t, I feel like it starts to get really repetitive, none the less, a great song.

This band have 100% lived up to the pop punk expectations! I’m loving this band, from hearing about them but never giving their songs the time of day, I immediately regret that as this is a band who are now in my music playlist! 10/10!!