Live from the O2 Academy in London, I had the pleasure of witnessing Patent Pending who provide nothing short of a good time when it comes to live shows, with the core energy and raw emotion they provide on stage you can’t help but find your way as close to the action as possible to get […] 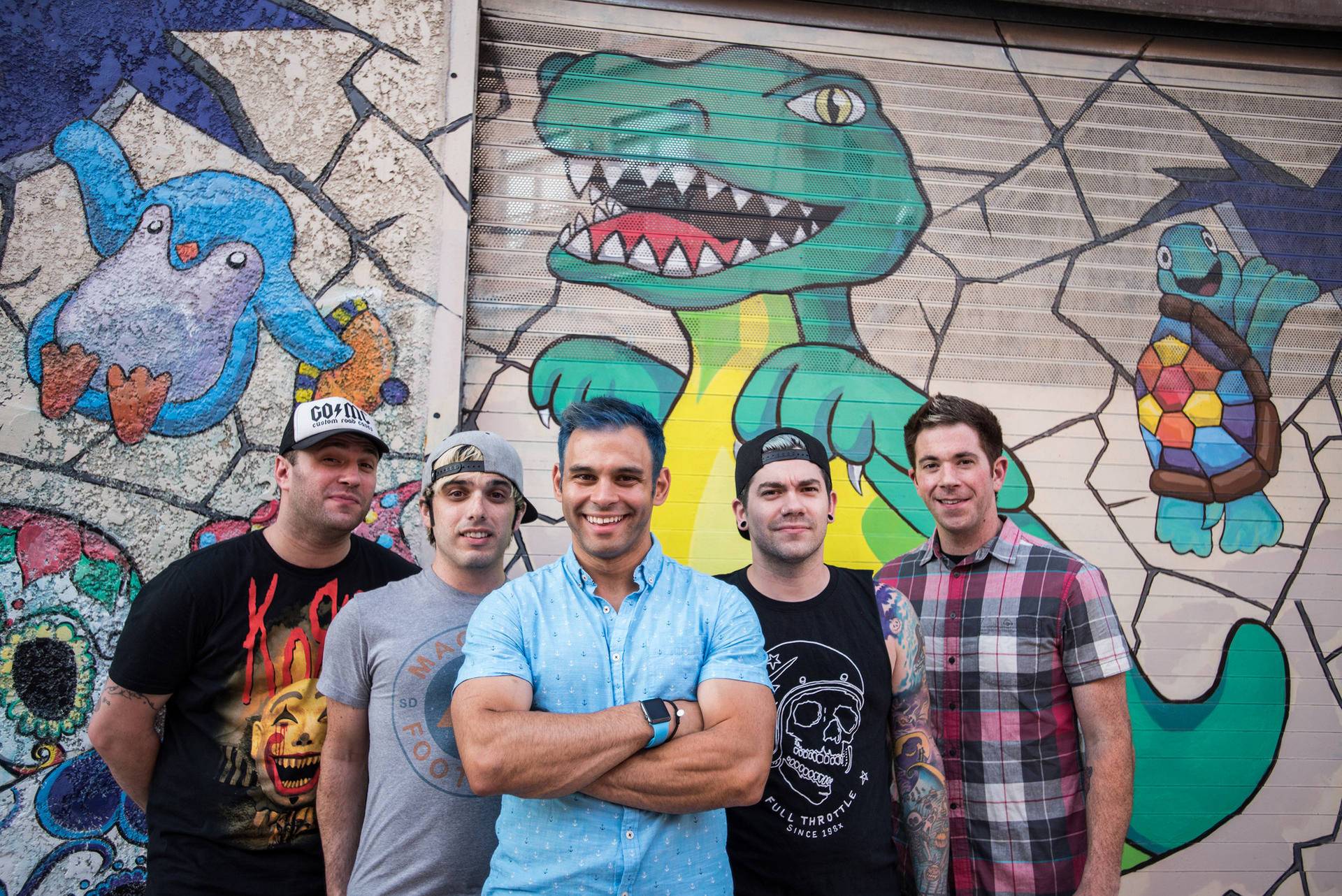 Live from the O2 Academy in London, I had the pleasure of witnessing Patent Pending who provide nothing short of a good time when it comes to live shows, with the core energy and raw emotion they provide on stage you can’t help but find your way as close to the action as possible to get the best experience.

As they take to the stage with the theme from hit TV show Stranger Things, Joe wastes little time in heading straight to the barriers getting intimate with the front row opening with Little Miss Impossible while continuing to prove their underrated pop punk ranking, a personal favourite of mine I Already Know (She Don’t Give A Shit) gets the floor moving, making for ease of access as I can’t help but find myself work through to a front and centre position singing along to the catchy hooks provided in most if not all of a Patent Pending live show. As expected from Joe, he loves to feel the energy of the crowd and becoming one with them, with multiple barrier appearances, sharing the mic with fans, anything that brings him closer to the chaos.

Already committed to the fact that this will be a pop punk show people will be kicking themselves if they did not attend, Patent Pending continue to prove with Love Is Anarchy that they are the most underrated and well deserving band of it’s genre out there. The Whiskey, The Liar, The Thief follows as Joe plays on lyrics involving members of the crowd in a weird yet fun loving way. Jazz hands are raised all over as Let Go begins followed by the on beat claps for the verse and escalating to the whole room bouncing on the spot during the chorus. Following is the unique live experience during Psycho In Love where mid-song Joe challenges another person to a “Crowd Swimming” contest by splitting the gig goers down the middle, as he takes one side to “swim”over while his challenger takes the other side, mentioning that if he won this one, it would be a tie and will go to sudden death. Unfortunately Joe was left disappointed as he lost, blaming it on weight difference of course.

We’re Freakin’ Out sees the darker side of their song catalogue with a heavier rhythm throughout, but don’t let that affect your view on the show, it is a brilliant addition to their set given that they have a very versatile and adaptable range of songs. Dance Till’ We Die was a song written about zombies, and provides a great dance / rock feel to it also winning over the fans. Joe cracks jokes of how much he likes to talk and opens up on how he has ADHD explaining that is the meaning behind the next song Started In My Head as everyone is shouting “Here we, here we, here we fucking go!” which hears in start of that track. What do you get when you cross Patent Pending with live shows? Answer: At least one cover song. They have recently recorded a new album titled Other Peoples Greatest Hits and we are blessed with Joe’s great dancing skills as he ‘Rick Rolls’ in the crowd during Rick Astley‘s hit single Never Gonna Give You Up. He continues to admit that back home no one believes him when he says that the UK bring a party, and are passionate about being in the presences of a Patent Pending show, which he filmed on his phone screaming “IT’S REAL!” to prove at home they have a second home here in the UK (So America, if you don’t want them, we will happily take them from you!).

Like a minute silence for memorials, this is the part of the show where Joe explains that you are never alone and always have someone to talk to no matter what life throws at you not to give up. A very emotional speech leads into One Less Heart To Break which sees tears in many eyes of their beloved [Second Family] no matter how many times they have heard it live. Joe brings himself to the barrier to comfort those who struggle with these issues showing his genuine good guy personality. Classic You plays next drying up any tears previously shed by pulling back the fun aspect of the show while encouraging the ‘Thunder Clap’ actions as it starts up. More supportive and emotional talk, explaining how happy he is every day for the support towards this band and they wouldn’t be here without it, whether it is one show, or like one fan in the building tonight who has attended 101 shows.

Any how, everyone in the room has become an official member of the Second Family before playing that track. When you want to mix music and games together it has to be done right, Hey Mario is probably the most recognised song written by Patent Pending, which is perfectly written and performed just as affectively, even blanking out a swear word with the sound of a Mario brick punch as Joe convinces everyone to jump like Mario on said moment.

Coming off stage for a moment to prepare for the inevitable encore, Anti Everything is the first of 3 final tracks while explaining that they could pull off being boy band material while evidently showing off their dance skills which are in fact flawless and choreographed so well. There is no denying frontman Joe has a range of dance moves up his sleeves, as proven during the course of the night, but the whole band show great dance moves. Brighter is one of 3 songs considered as a story for seeing past certain issues and troubles in life to believe the “Light at the end brighter than it used to be” as quoted, and a set would not be complete without this as a reminder of our will to stay strong. As we come to the Finale, at only 9.45pm due to the O2 Academy turning into a night club, Patent Pending perform a song dedicated to themselves, Douchebag as the comedic antics continue as they have for the duration of the show.

As always, the guys waste no time in heading into the crowd after performing, proving as always their loyalty dedicating all their time to everyone who is willing to spare a moment for them. If you can name any band with the amount of stage presences, energy, passion, and genuine care for the onlookers, I’d still tell you that you’ve got it wrong. I have yet to know a band to put as much heart, enthusiasm, and literal blood, sweat and tears into a live performance.

We may not have any information of their next UK appearance, but I urge you to not miss a chance to experience this fun and genuine show pop punk show when it comes around.

Check out the Patent Pending‘s most successful track Hey Mario below, and become a fan today!