Papa Roach – Who Do You Trust?

On their tenth studio album, Papa Roach move away from their nu-metal roots and into more radio rock territories. All whilst maintaining their signature personality and not losing any of the flare that made so many fans fall in love with them 19 years ago. 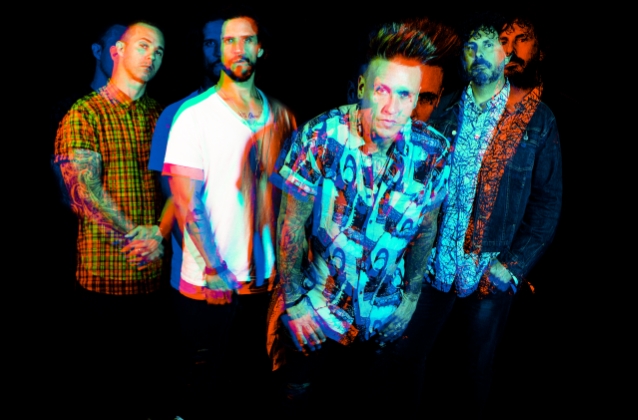 With Infest turning 19 years old this year Papa Roach prove they have moved on from their nu metal roots with what is sure to be one of the best radio rock records of the year. Their tenth album Who Do You Trust? is mature and shows the band have evolved as they’ve gotten older. It’s still packed full of the personality you’d expect from a Papa Roach record. Couple this with huge radio choruses and you get what will surely be one of the standout rock records of the year.

When you think of radio rock in 2019, this album encapsulates that image. The only difference is that for a lot of this record you can tell that it’s a Papa Roach album. Perhaps it’s Jacoby Shaddix’s occasional rap rock verse on the songs or simply his distinct vocal style. These “rapped” verses are dotted through out the album but tracks like The Ending and Elevate are some of the best examples. Papa Roach haven’t sidelined the entirety of the identity they formed on Infest. With the “rapped” verses still being prominent there’s also the quiet/loud dynamic which was found across a lot of Nu Metal (including Infest). Songs like Renegade Music and Who Do You Trust? showcase this. This quiet loud dynamic ensures that the record never loses its energy.

A lot of radio rock records can often peter out. Who Do You Trust? doesn’t. You’re interest is maintained by the occasional curveball. You have Not The Only One which at its core is a radio rock song but the verses are accompanied by a strumming acoustic guitar. There’s Feels Like Home which has a distinct early 00s pop punk sound. Then the biggest curveball of all is I Suffer Well. It’s my personal favourite from the album. I Suffer Well is an old school hardcore punk style song. Clocking in at just over 1 minute 20 seconds, it catches you completely off guard, throws you around and then ends. And normal service is resumed. I Suffer Well just highlights Papa Roach’s energetic personality and shows that even after 20 years the band are not letting up.

Ultimately Who Do You Trust? isn’t just an older band churning out another new album. It’s an evolution that sees Papa Roach mature and change their sound without losing their personality. While it’s not quite Infest it is still a really good record and anybody who enjoys radio rock or is a Papa Roach fan will surely enjoy this record.