Japanese rockers One OK Rock have had a hype around them for quite a while now and are gearing up to release debut Fueled By Records album Ambitions on January 13, 2017! For fans of All Time Low and Sleeping With Sirens, we got a copy of the record early to check it out and […] 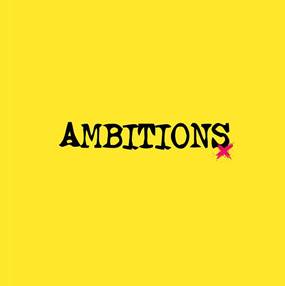 Japanese rockers One OK Rock have had a hype around them for quite a while now and are gearing up to release debut Fueled By Records album Ambitions on January 13, 2017! For fans of All Time Low and Sleeping With Sirens, we got a copy of the record early to check it out and let you know what we think!

Title track Ambitions is a short atmospheric introduction, you get the feeling that there is someone walking at parts and towards the end the intensity increases before decreasing and fading out and it gives me the chills (in a good way though). Bombs Away continues with the atmospheric theme until the chorus, which is MASSIVE! The hook is very catchy “tick tick tock and it’s bombs away”. You would have to be a complete miser to not be singing along to it.

Jaded features the one and only Alex Gaskarth from All Time Low. The acoustic opening is countered by a more punk rock chorus, while the verses continue with a calmer, more drum focused backing. Both vocals mix well. The gang vocals are catchy and there is an old school All Time Low feel at the end. Hard To Love is a true ballad and really shows off frontman Taka’s vocal range. This has a bit of a Sleeping With Sirens acoustic feel to it but is also very One OK Rock, I don’t know if that makes sense but when you hear it, you’ll be able to understand what I mean.

Bedroom Warfare is the latest single to be released and is a complete contrast to the previous track. It’s quite an electronic dancey track but it works well. Very commercial and upbeat, while the lyrics “keep your enemies close” is repeated quite often throughout, it doesn’t get as annoying as you may think it would do, especially as each time it’s heard, it varies from in your face gang vocals to normal vocals and then fading from quiet to gang vocals. American Girls actually quite reminds me of something the band Big Time Rush (anyone else remember the TV show? No? Just me, okay) would sing.

There’s more guests as Australian pop-rockers 5 Seconds of Summer feature on closing track Take What You Want. It’s pretty basic in terms of instrumentation on the verses however, it allows for the vocals to shine through.

The entire album has an electronic rock feel to it and to be frank, it just sounds great! Judging by this record, the hype surrounding this band is actually wrong, there should be a lot more hype! Taka’s vocal range is incredible and the atmospheric feel alongside great guitar work, strong drums and a punching bass makes for a well-rounded, well structured record!