If All Time Low’s Nothing Personal got criticism for being too pop and not punk enough, All Distortions Are Intentional should definitely get the same treatment. 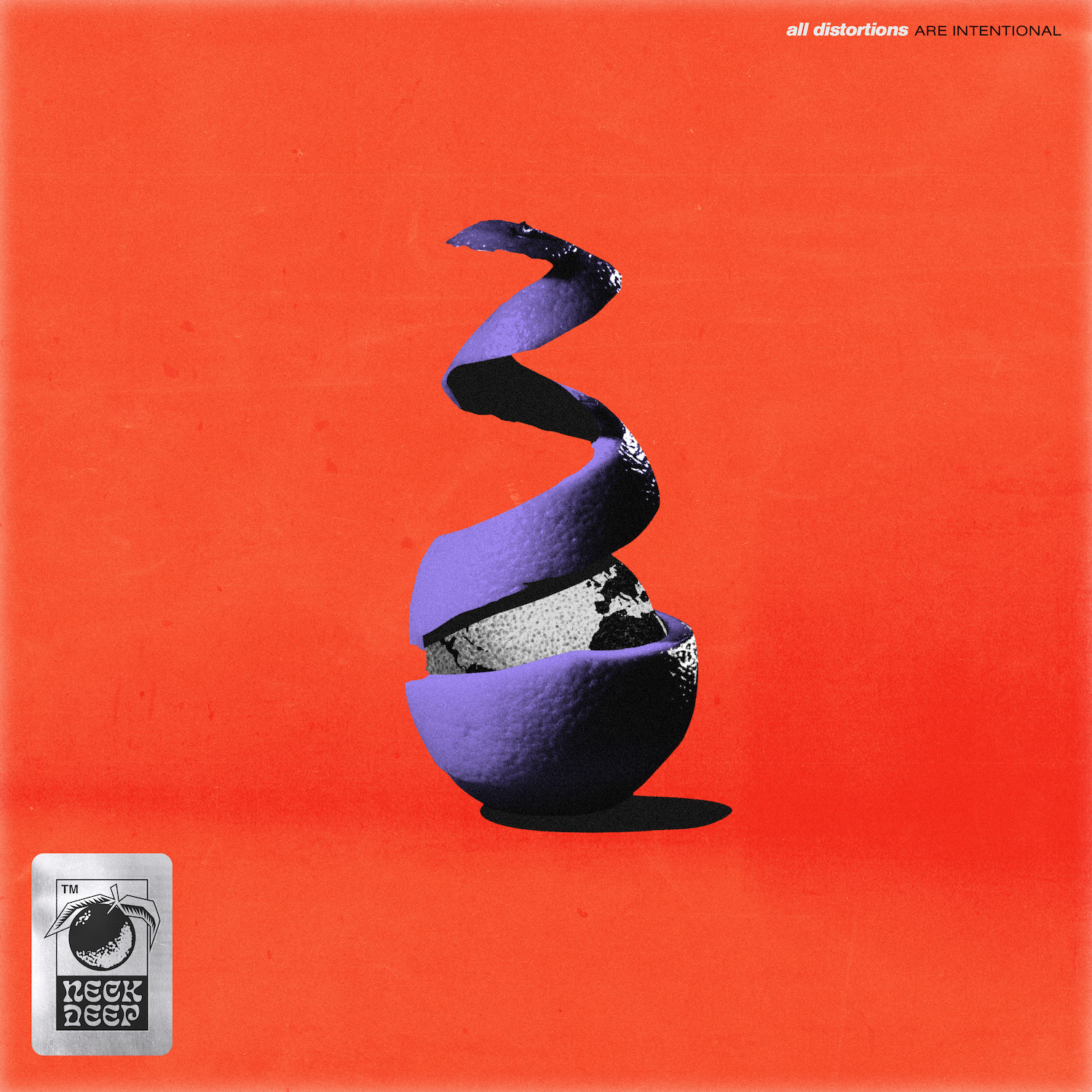 That being said, again like Nothing Personal, the sound works to create a concise and enjoyable slew of sing along anthems and feel good melodies.

Having never appreciated Neck Deep half as much as my pop punk loving friends, I found something to enjoy in the band’s last outing, 2017’s The Peace And The Panic. In my opinion vastly superior to their angry and frantic early works, Neck Deep proved they were interested in musical reinvention. That reinvention has continued.

Having a loose concept surrounding the word sonder, an obscure sorrow meaning the realisation that everyone around you is living a life as vividly complex as your own, All Distortions Are Intentional takes the listener on a journey. Opener ‘Sonderland’ and frantic ‘Telling Stories’ hark back to that much loved pop punk sound, while catchy highlights ‘When You Know’ and ‘Fall’ showcase the band on top form and a little out of their comfort zone.

The album has some mishaps, mostly lyrical ones. Album highlight ‘Sick Joke’ contains the cringer “and I’ll hold on to a moment like a sad kid to a blanket” and lead single ‘Lowlife’, though a good introduction to the band’s style change, is nowhere near as punchy as they realise, and is mostly made up of dodgy lyrics.

Interlude ‘Quarry’ is intriguing, carrying some light SoundCloud rap vibes, and introduces the second half of the album quite well, though you are left wondering what happened afterwards. ‘What Took You So Long’ is another moving and catchy track, and ‘Empty House’ and ‘Little Dove’ change the pace a little before belter ‘I Revolve (Around You)’. However, it’s closer ‘Pushing Daisies’ that proves an enjoyable and intriguing listen, with some very powerful lyrics.

Overall, Neck Deep have made a convincing and enjoyable outing that will appeal to all their old fans while still allowing them to pursue their musical aspirations. However, the album is nowhere near as deep, meaningful and artistic as the band think it is.