Myles Kennedy – ‘The Ides Of March’

Myles Kennedy seems to have found some miraculous way to straddle his three globetrotting projects: mega-selling Alter Bridge and Slash albums alongside this solo project. Beyond a shadow of a doubt he is the most notable vocalist in rock today, and for good reason. Those vocals combine with his own delectable guitarwork to make solo album number two a welcome addition to his ample discography. 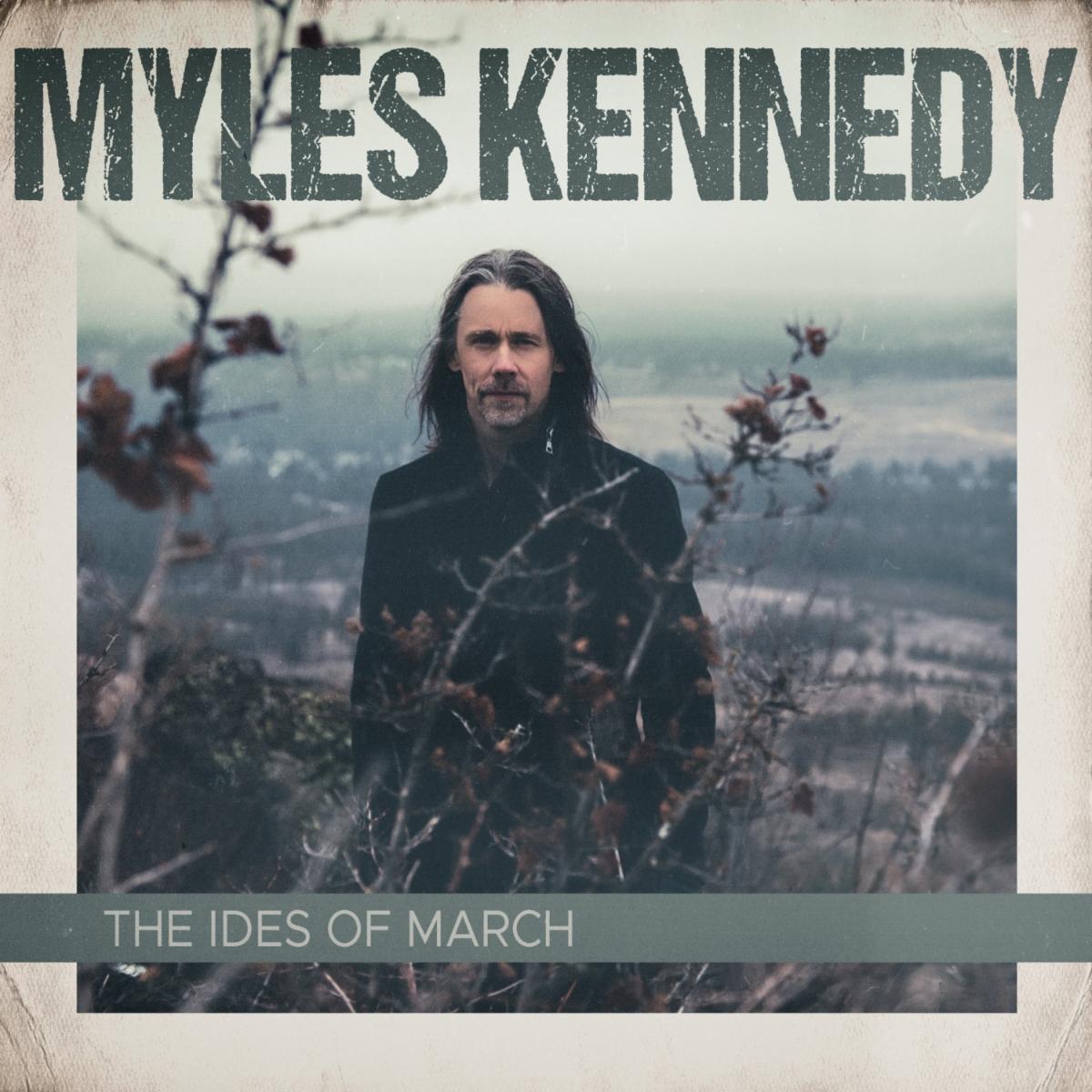 The one-two punch of the openers, the soaring ‘Get Along’ and more mellow, powerful, bluesy ‘A Thousand Words’ really set the album’s tone, which sits somewhere between the Alter Bridge/Slash album styles, mixed with blues and country vibes (for these specifically, in tandem with handclaps, ‘Tell It Like It Is’ is the perfect example, and is actually quite good). We really get going with track three and lead single ‘In Stride’, a truly delectable track in all departments. Kennedy is on fire vocal form and the guitars are glorious.

The title track is an intricately composed piece, similar in character to some of Iron Maiden’s modern, prog-rockesque tracks, and overlong in the same way. There’s no reason this shouldn’t have finished at the five minute mark. Thankfully, ‘Wake Me When It’s Over’ clicks the album back over onto the right track, a pacey anthem.

‘Love Rain Down’, a clinically written acoustic ballad, harks back nicely to his debut full length Year Of The Tiger and brilliantly switches up the pace. Without doubt this track is a highlight, but Kennedy has always exceeded in this form (see Alter Bridge’s ‘Watch Over You’). ‘Wanderlust Begins’ carries the same vibe, this time with a foot-stomping beat. Here, his vocals are showcased in all their glory, reminding you that, despite having hit his fifties, his voice hasn’t aged a day.

‘Moonshot’ makes for a nice mid-tempo track and stands out in this hefty fifty minutes of music (spread across only eleven tracks) and ‘Sifting Through The Fire’ represents the album’s last attempt for an anthem. Though good, it falls short of those first three by quite a long shot. Closer ‘Worried Mind’, though, builds to a fitting concluding crescendo and drastically overshadows its predecessor.

I’m certain fans of Kennedy’s other projects will enjoy this record substantially more than Year Of The Tiger, but lovers of that record will also find plenty to their taste herein. Meanwhile, Myles Kennedy has pumped out another valid addition to his catalogue.