US ‘metalcore’ band Motionless In White are set to release their latest album Graveyard Shift on May 5th via their new label Roadrunner Records. We’ve currently had three singles from the record and they have received mixed responses from the band’s fanbase. As quite a big fan of the band, I was excited to get […] 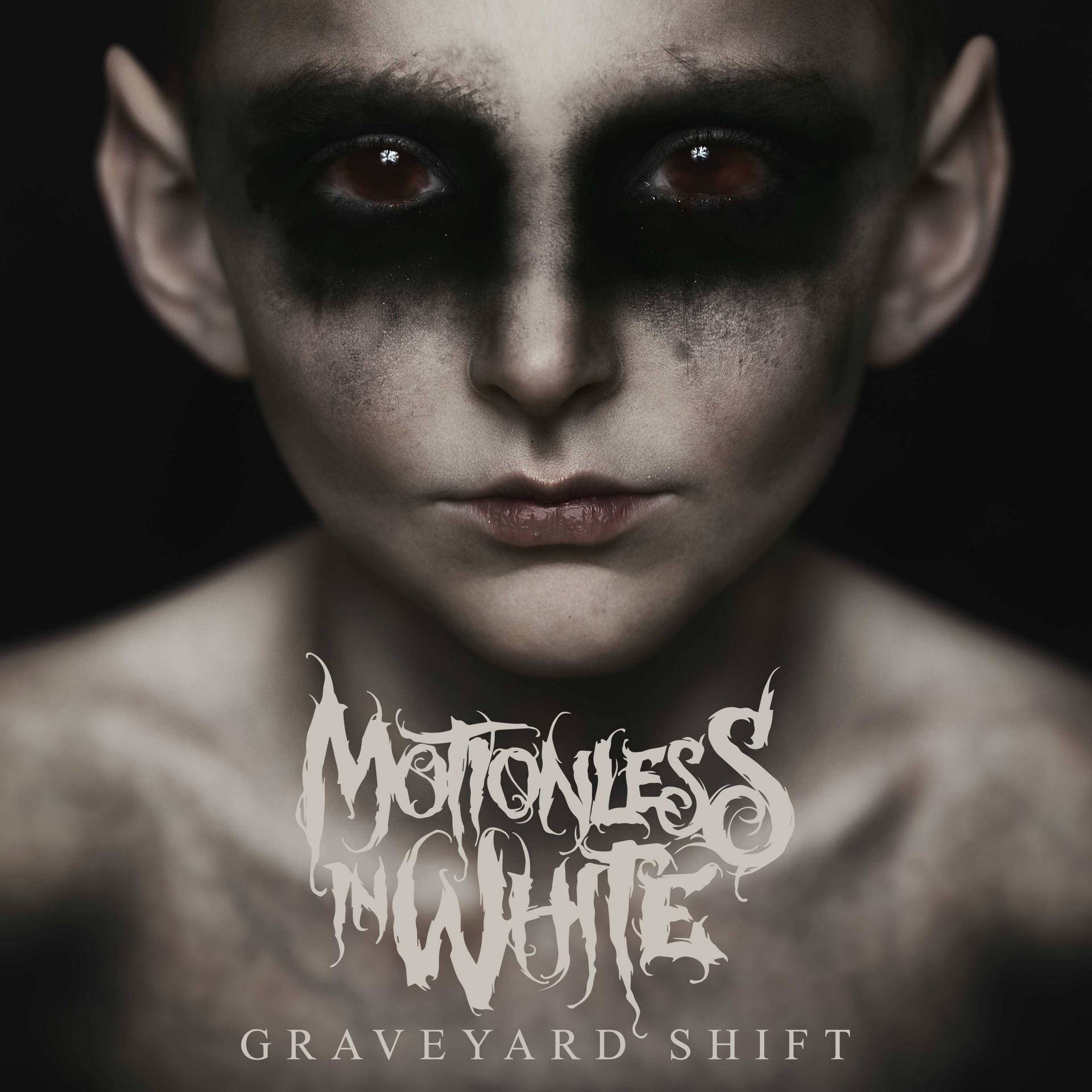 US ‘metalcore’ band Motionless In White are set to release their latest album Graveyard Shift on May 5th via their new label Roadrunner Records. We’ve currently had three singles from the record and they have received mixed responses from the band’s fanbase. As quite a big fan of the band, I was excited to get a hold of the record to listen to.

The electronic opening of Rats shows the band are heading in a slightly different direction, but the guitars soon kick in. Chris’ vocals are what we would expect, at parts Marilyn Manson-esque. It’s not as heavy as their previous material but it does get towards the heavier style at the end. Queen For Queen’s opening instrumental is heavy and there are a few breakdowns. Necessary Evil features Jonathan Davis of Korn, it has a few references and plays on words of a few famous sayings including “I’m gonna have my cake and I’ll eat yours too!” It is catchy, particularly the line “it’s my party and I’ll die when I want to” and has some great screams that have so far been lacking in the record. Ironically Soft is the heaviest track on the record so far by a country mile! It’s heavy, angry and has a melodic chorus, what’s not to like?

Untouchable is more of a heavy rock track but the chorus is an arena ready banger and could possibly be the new Abigail, one that is guaranteed to be sung back as loud and proud as the loyal Creatures still respond to the fan-favourite. It’s also an empowering track that will have you singing along pretty quickly! Not My Type: Dead as Fuck 2 is the follow up to Dead As Fuck from 2014’s Reincarnate album. It sounds as if it would fit perfectly on the aforementioned record, although it still slots in well here. It’s a bit different with a female spoken word introduction to The ladder before it kicks in to another heavy track, at points, it reminds me of their old track Death March and there are some really cool riffs. Voices is a track that fans will be able to relate to. The most recent of the singles Loud (Fuck It) is the one that a lot of fans have expressed a dislike to but it’s quite heavy and still catchy so there isn’t much to not like. Lead single 570 has had a positive response and it isn’t surprising as it’s a great track. There is a good mix of melodic and scream vocals in Hourglass and it is also a song that we would expect from Motionless in White. Closing track Eternally Yours is a good end to the record, the mix of cleans and screams here is also just about right.

The album is definitely not what I was expecting but it’s a very good record. While the heaviness is toned down and the electronics are more prominent, it’s still got a bit of everything that existing fans of the band will love and should easily attract plenty more fans with their more level sound. It combines the best bits of previous albums Creatures and Reincarnate.