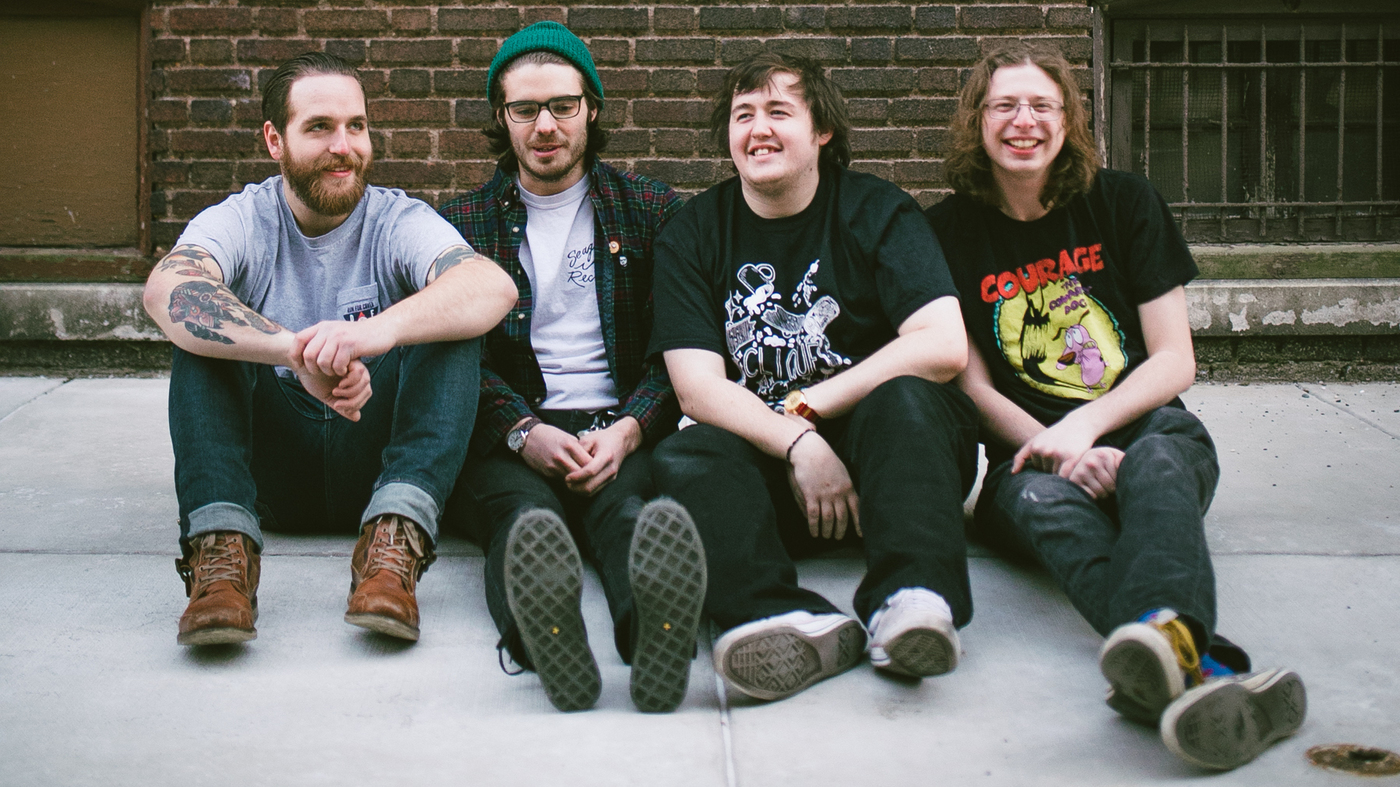 With the name Modern Baseball, it kind of just screams pop-punk and if pop-punk is your thing, then Modern Baseball’s latest album Holy Ghost will be right up your street.

The album begins with the short acoustic track, Holy Ghost, which is only a minute long, but is the album’s introduction track. It then links in to Wedding Singer. If you don’t know what I mean by this, think of Green Day’s American Idiot album, when Are We The Waiting links to St. Jimmy. Other albums have done this too, and I think it’s a very clever concept.

Not even ten seconds in, and Wedding Singer is already a fast, jumpy and upbeat song. However, when the vocals come in, the music becomes softer, but still keeps its pace. It then builds up back to the original sound at the beginning, only to go back once again for the next verse. Simple, but still a very good nonetheless.

The following track, Note To Self, has a slower pace. However, there is a similar kind of pattern with going from soft to loud and then repeat.

I think my only issue with this album was that some of the tracks were a little too short (with the exception of the introduction of course). I’m not knocking them for this, but there are short tracks on the album that would work so well as a full or longer song. For example, Apple Cider I Don’t Mind was catchy and enjoyable, but I felt it ended too quickly and I think it would make an excellent song if it was at least two or three minutes. Again, I’m not knocking them for this. Perhaps it’s just me being picky.

But with that being said, my favourite track was Just Another Face, the last track of the album. The lyrics and the sound are kind of angsty, but I absolutely love the beat and melody of the song. And let’s face it, we all have that one angsty song we like to turn up when we feel that way.