(Photo – Romi Nicole Schneider) When you’re given the option to see a band that reminds you of your teenage days of being a punk rocker, before the term ‘Pop Punk’ was ever created, you bet that show is something you shouldn’t be thinking twice about! A last minute addition in Famous Class who have […] 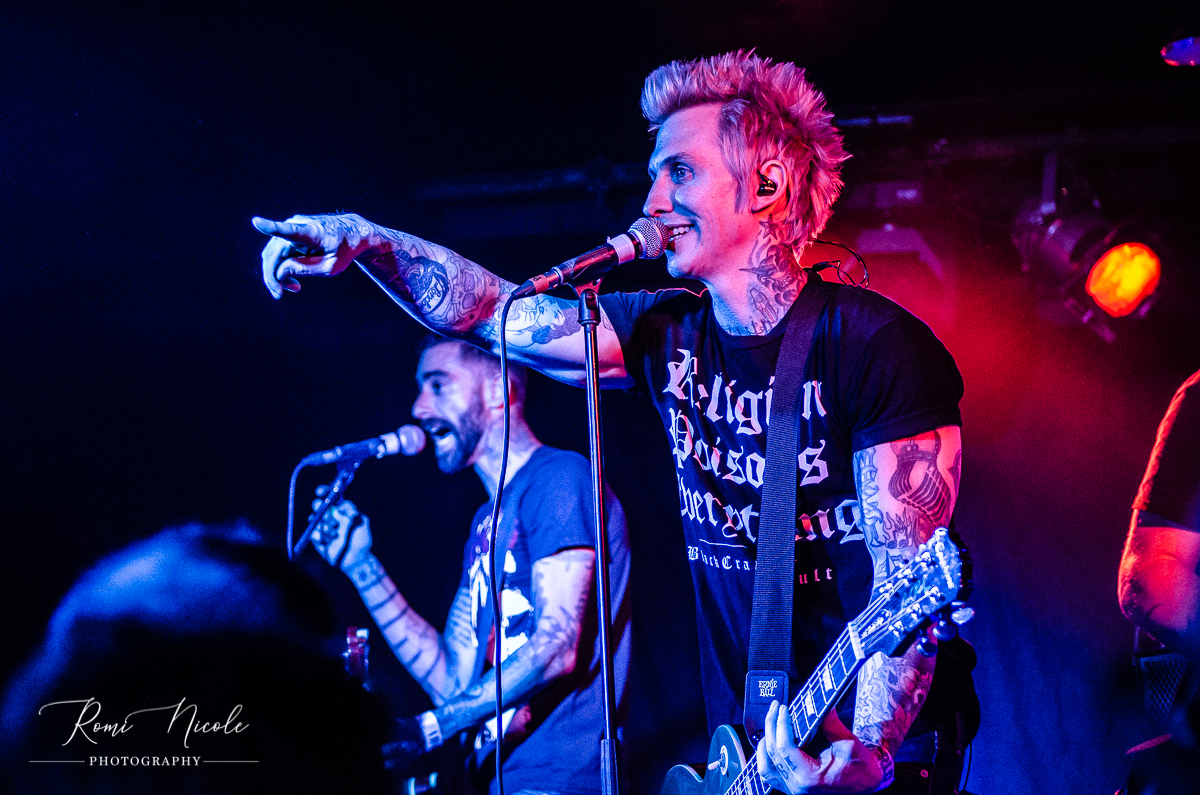 When you’re given the option to see a band that reminds you of your teenage days of being a punk rocker, before the term ‘Pop Punk’ was ever created, you bet that show is something you shouldn’t be thinking twice about!

A last minute addition in Famous Class who have recently reformed after a 5-year hiatus kick things off, bringing the skate-punk rock feel to the show and fit the bill nicely. Slimboy from Switzerland follow mixed with some fun stories and jokes to keep the crowd entertained during their solid set, which have surely gained a fan or 2 for life from this show alone.

As I eagerly await the band everyone came to see, we are soon made aware of front man Tony’s illness which has become worse over the past few days, explaining how he wouldn’t let anyone down by cancelling the show due to him feeling the way he does. Powering through not showing signs of strain in vocals as opening tracks Opinions and 2000 Miles get the crowd off their feet and singing along. Tony shares his love for the city of London stating how he named his son after this city and thanking his friends and current line-up for the tour who have helped him in making this Mest tour possible. The raw punk rock experience without all the sound effects that seem to be a plague in today’s music is refreshing and brings the nostalgic feeling when hearing fast paced track Until I Met You and classic sing along song Fuct Up Kid.

The last appearance in the UK was over 6 years ago, but Tony has reassured there will be a next time and furthermore given fans the additional excitement of announcing the original line up recording an album together. Jaded has everyone singing along as one of the bands bigger hits that seen them reaching their most successful years followed by the catchy track Drawing Board. Tonight the show has been fun on many levels, harmonies accompanied by Adrian that are on point, and solid instrumentals to pull this show closer to the end. Another top track Cadillac gets played and has everyone off their feet with a bridge extension of Time Bomb by Rancid which leads to Tony explaining they’re done after the next song and will not be doing an encore due to the sickness as one last sing along to Rooftops echoes the room. The band leave the stage but the lack of house music encouraged onlookers to roar on the Mest chants requesting one more song which eventually sees the band taking to the stage and Tony hiding behind the drums for the fun of it, soon to give up laughing it off and completing one last song Fuck Greyhound Bus.

The band spend little time hiding, as they do a quick clear up on stage before joining the fans and spending time in talking and reflecting on the show. This punk rock show is how shows should be done, with all the perfect elements of keeping that feeling of going to shows that are purely musicians not hiding behind effects to cover any bum notes played while hyping the crowd to jump and sing along.