”A miserable band from a miserable town”. That is how Mastiff summarise themselves on their social media. I’ve never been to Hull, but if Mastiff are the aural representation of the town, then I’m not sure I want to visit. This is a band who specialise in brutality, whether that be when they utilise extreme pace or, more often, the thudding grinding groove that propels their particular brand of sludgy grinding heaviness. 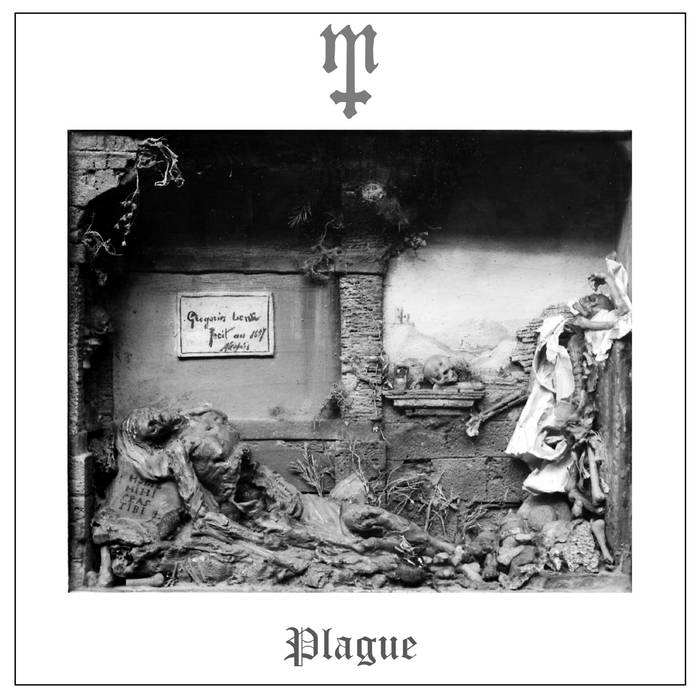 Plague is the band’s second full length release, following on from 2016’s Wrank. The album opens with a hellish soundscape of strange high pitched noises and wailing, which soon gives way to the first of many down-tuned riffs that, combined with the pummelling drums feel like they’re punching you in the gut. This album sounds ferocious and incredibly brutal without the heavy-handed, filthy production that is common in bands of their genre. Not that it isn’t great to hear Kurt Ballou’s thick grizzly sound all over the latest Nails record, but it is impressive that this album manages to be as heavy and punishing as those around it, without as ragged a production value. Don’t misunderstand though, the guitars on this album still sound disgusting, and it is certainly not for the faint of heart.

The variation on display is fantastic. For exceptionally heavy bands, it is all too easy to either do everything at a snails pace, or at a million miles an hour with nothing in between. But on Plague, Mastiff segue between thumping slow grind and explosive turns of pace accompanied by blast beats. And the fact that they manage this all within the scope of one song, like on Bubonic, is masterful. It’s then followed by the punishing speed and all out assault of Brainbleed, which is over before you realise it’s begun.

One thing you don’t often associate with grindcore or powerviolence is nu-metal. We’re not talking about the clowning around of Powerman 5000, but of the real sense of violence in the riffs of the debut Korn album. Those downtuned, groove-lead riffs are used in abundance here on Quarantine and Torture and add another excellent string to their bow.

This is yet another absolutely excellent hardcore and metal crossover album from the UK. A scene that already boasts Employed To Serve, Conjurer, Helpless and Ithaca, now can also add Mastiff to it’s growing list of fantastic bands.