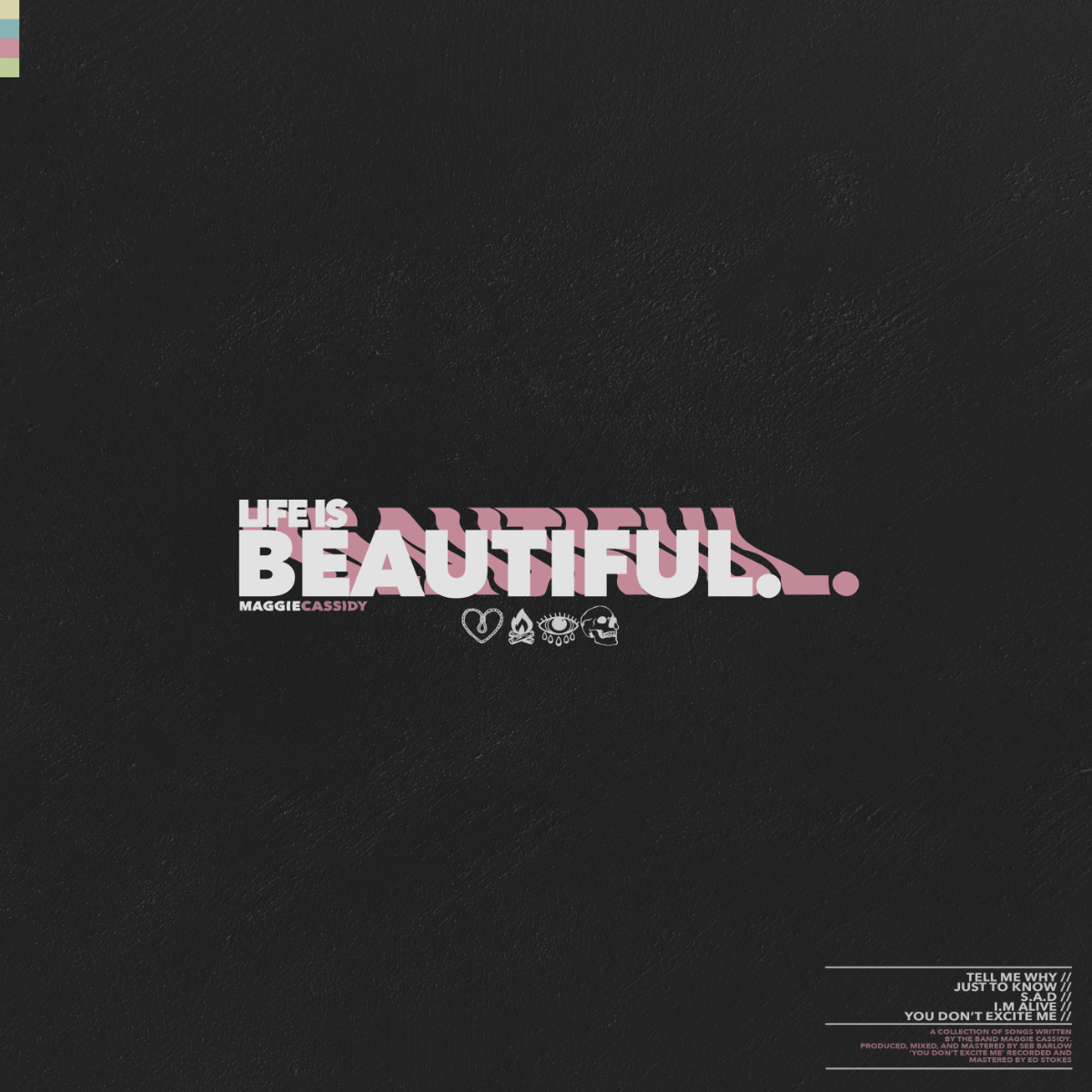 Laid down in an old air raid bunker in Wrexham, Maggie Cassidy deliver five tracks of wonderful boyband punk in this new E.P and I’ve gotta say – it’s rare that I like a new release on the first listen, but I was hooked on this right away. The emo inside me was EX.CIT.ED, so if that’s your kinda thing tune in.

First of all, Tell Me Why introduces the rocked up, dirty pop sound this band has managed to pin down in the two shorts years that they have been together. The intro track is filled with frustration, and is underpinned with a driving rhythm that captures your attention right away – think early Lower Than Atlantis, darker Panic! and you’re there.

The crystal clear vocals on the first track set the level for the rest of the E.P, and demonstrate the fantastic production. It’s clear from the off that these guys were telling the truth when they said they’d poured blood, sweat and tears into this record – it shows, folks.

Just To Know follows, – a repetitive plea to know “how it feels to be free”, slightly darker opener, hypnotic repetitive melody that sinks into your stomach. Build in the bridge with “if I ever slow down I’ll need therapy” (I hear ya on that one guys!).

Now we’re onto the band’s debut single – S.A.D. Their first release is accompanied by a lockdown video, and the Panic! influence in this is strong. The foot stomping melody and emotional lyrics (that I can totally imagine screaming back at them in an embarrassing fan-girl moment after a few too many Dark Fruits) were penned by lead vocalist Jamie Coupe about Seasonal Affective Disorder; something that, he explains, has exacerbated his depression in the past: “This is just me laying it all out, everything about how it affects me, in the hope that someone might recognise it in themselves, which is always the first step in dealing with an issue like this.”

They’re rightly excited to release this personal single into the world.

The lyrics in the record’s next track, I’m Alive, are filled with the existentialism of many an emo’s teenage years, and the band’s youthfulness shines through here – if I’m honest, it’s the one track that I didn’t really connect with in some way – be that in a fun, bopping around moment or a goosebump “I recognise that feeling” kinda way. But it’s still a stellar track, beautifully structured with an impressive build at the end. Jamie’s vocals in this are particularly impressive, with his far-reaching range demonstrated beautifully.

Finally, and definitely NOT least, the EP wraps up with You Don’t Excite Me Anymore. This track brings a change in tempo for an alternative love song that I immediately wanted to play for my other half and slow dance to. Raw, honest lyrics that definitely benefit from the simple musical arrangement – acoustic guitars with natural harmonics intertwined – give this a dreamy, romantic feel.

So overall, a stellar introduction for a talented group. The sound in every song is SO tight and structured and the crisp production brings it up a notch for me. These guys have mixed together Panic! and Imagine Dragons, and I’m here for it – I will definitely be looking forward to catching these guys when the world starts up again.