Night one of Linkin Park in London, which has already led to a bit of a sceptical pre-show. Firstly, after much debate of tickets stating “with Special Guests” it was finally confirmed that there was no support act and the band were “happy to play a longer set” which O2 Arena stated would be 8.30pm […] 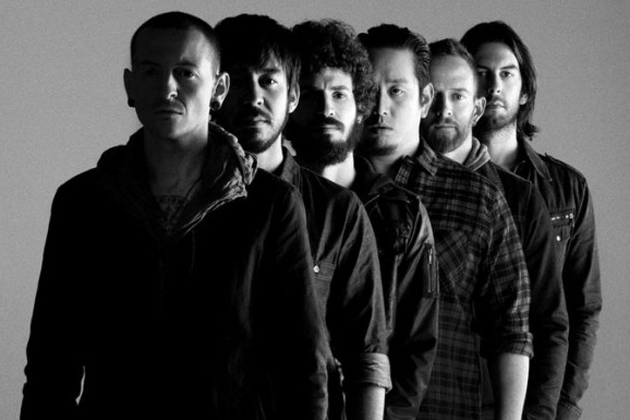 Night one of Linkin Park in London, which has already led to a bit of a sceptical pre-show. Firstly, after much debate of tickets stating “with Special Guests” it was finally confirmed that there was no support act and the band were “happy to play a longer set” which O2 Arena stated would be 8.30pm through to 11pm. Adding insult to injury, they bring themselves to the stage at 8.50pm, which got me thinking, did they really have any motive to play an extended set? Did they have ideas for a top-notch support act but couldn’t seal the deal? Whatever the case, it was poorly executed. Moving onto the performance aspect of things, Linkin Park take to the stage with no banner nor any effort to enter with a bang, attempting to pull everyone into the whirlwind of Pop infused Rock material, avoiding their classics like the black plague. It isn’t until 5 songs in when One Step Closer begins, everyone all the way to the back of the arena are off their feet screaming along and applauding when the track came to a close. Evidently, the majority are here for that era Linkin Park, not the post-Jay Z fiasco as they followed this classic hit with a couple more rave-like new tracks while mashing in the lyrics of my personal favourite Place For My Head which might I add, will never be appreciated the same again. Latest collaboration artist Stormzy joins Linkin Park on stage for Good Goodbye which is noted to be the first time they’ve done this, getting a warm welcome from the crowd. New Divide got it’s big push from the Transformers franchise and many fans here tonight sing along and even more when From The Inside follows proving furthermore the earlier the era, the more engaging they become with the crowd.

It may of had something to do with not having a ‘warm up’ act to bring some early energy, but it has taken close to an hour to finally hook the onlookers over. Admittedly the sound is tight and the vocals are spot on, but still has not grasping everyone’s full attention when Invisible and Waiting For The End are performed. Breaking The Habit has phones in the air recording, as the realization for lack of Hybrid Theory / Meteora were being played or altered. One More Light slowed things down further, as Chester sits on the barrier serenading a handful of early birds that have been holding the barrier from the moment doors open, while the rest of the arena have their phones lit up in the air moving in synchronisation with the music. Continuing to scale the front row while a piano version of Crawling is performed, which has it’s pro’s and con’s, Pro – It’s different and nice to hear it in a different feel, Con – Most people are wanting to move, and create chaos to the heavier tracks, which made this a missed opportunity. Leave Out All The Rest slowly brings more energy before the atmosphere really builds for Somewhere I Belong and What I’ve Done while turning it up a notch and finally feeling the vibe everyone wanted as In The End and Faint blow the roof off the arena!

Unexpectedly, they leave the stage as if to believe it was the end of the show just as everyone finally felt like they were back in the early 00’s, only to be taken back down to a mellow acoustic version of Sharp Edges rallying up some fans around me shouting abuse towards the guys. Ironically speaking of the Jay-Z era earlier they play the Numb/Encore version, which will leave a bitter taste for years to come like my opinion on the first time my ears heard the awful mash up. Heavy gets a good reception from the fans while Papercut and Bleed It Out do even more wonders as Chester requests the audience to repeat after him for the first time of the night. A bit late for crowd interaction as the arena has gradually emptied during each encore before closing the curtains at 10.45pm.

So, what have we learnt from this experience? Well a number of things really, one is that although announcing they are happy to play a longer set due to no support band being confirmed, there was no actual evidence of this being the case. Short of a 2 hour show by a headlining act at the O2 is usually a given, they did not redeem themselves by any means with the scheduling of the stage times and lack of opening act. They could’ve even made it more special by performing Hybrid Theory in full for one set, take a 20 minute break, and then a set more based on pushing their new material, that would have been a win-win for fans, right? Regardless of my opinion, following the criticism of their latest release and Chester’s previous comments of “move on and get the f**k over it” in relations to people merely voicing their opinion on Linkin Park‘s music timeline, you will hope that next time they think carefully of their core fan base, which based on the surroundings are all here for the breakthrough records, more so than the pop-esque route taken. At least to incorporate more of a rock based set rather than a dull overproduced pop / rap range of songs which feature other rap artists.

As you can probably imagine by now, I personally believe what they had was something good. Don’t get me wrong, they still do, but is it really what you want to remember Linkin Park for? Could this not of been a side project under a different name? Obviously it is too late for that, but at least now I can say they have been ticked off my list of bands to see live, although I will regret not seeing them back in the early 00’s for a real LP experience.