Like A Storm have returned with fourth album Okura. It is a much more personal and open album than their previous efforts and one I’ve not been able to stop listening to. 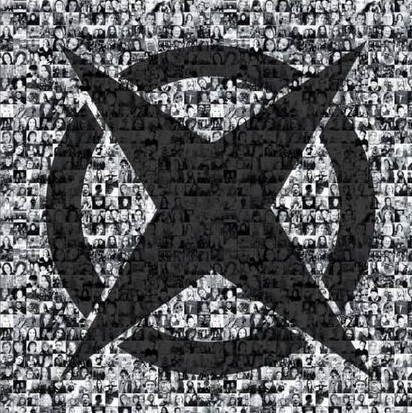 Opening with the title track, Okura, is a short, gradual introduction with a hint of what is to come. It’s no more than 50 seconds of increasing intensity didgeridoo, which then cuts into a teaser for Empire of Ashes. It ends abruptly before you hear the same synths begin as track two plays.
Empire of Ashes doesn’t hold back as they combine rhythmic instrumentation with guttural screams and harsh, melodic vocals as we move to the chorus. It shows the lyrics in a fantastic way, and the contrast between the vocal styles works well.
Liar is quite honestly an honest but brutal track. It slows the pace right down and talks about the good inside the bad before kicking back into what has become Like A Storm’s signature riffs as the chorus begins. But as the verses kick back in, it slows back down. The catching lyric that stands out is ‘nothings ever what it seems’, a simple line that just instantly gives a reality check.
Death By A Thousand Cuts begins with an oriental sounding synth – possibly a not to one of the band’s favourite places. It sees the return of the didgeridoo for the first time on the album aside from Okura. The track takes a while to get into the lyrics as it gives the quartet a chance to show off their skills with their respective instruments and it’s one I can imagine them opening a live show with. As the lyrics kick in, you’re hit with a back and for of screams and cleans. It’s another lyrically hard-hitting track talking about “death by a thousand cuts from the hands we trust” and covering betrayal. It is definitely a song that will go over live as it’s heavy and full of breakdowns.
Pull Me From The Edge is up next and begins with a more melodic instrumentation and haunting “pull me from the edge.” Matt Brooks takes over main vocal duties in this heartbreaking single. It’s a cry for help and honestly one of the most heartbreaking songs to come from Like A Storm.
A few more tracks in and we have Tongariro, a track named after a national park in the Brooks brothers’ homeland of New Zealand. It opens with a signature didgeridoo solo and the whispered “we can’t give up” lyrics.
Tangariro itself is an important part of Maori history as it led to the protection of the three peaks from European settlers. At just two minutes long that is the entire track but the meaning comes through – both of the New Zealand heritage and also as a call to arms for not giving up.
Next is my personal favourite on the album – and early single – The Phoenix. It’s a slower, more melodic track that is talking about how people feel like they’ve been done in and are struggling but it’s not the end. The chorus of ‘never say never, nothing lasts for ever, from the ashes of your heart, the phoenix rises from the dark’ are some of the best lyrics as not only are they performed in a good way and fit the song perfectly but they are also words of wisdom.
Closing track Low is one of the most lyrically relatable and heartbreaking tracks on the record. If you struggle to find the words to express your feelings, this song will probably help. It’s very basic in terms of instrumentation but this works extremely well as it gives more power to Matt’s vocals.
Anyone who knows me knows that I have a lot of love for Like A Storm – more than any other act. But Okura really shows why this band are so full of potential. It is quite a bit lighter than previous release Catacombs, however the lyrical content is much more personal. Okura is definitely the best content in the Like A Storm catalogue so far and I cannot wait to hear it live.