Junior have spent two years writing ‘Beautiful Life’, recording it across three studios, with the simple goal of pushing out the boat both with their own sound, and with the messages they can get out in their songs. They work long and then work hard, and it’s safe to say that they’ve proved they’re not just another pop punk band. 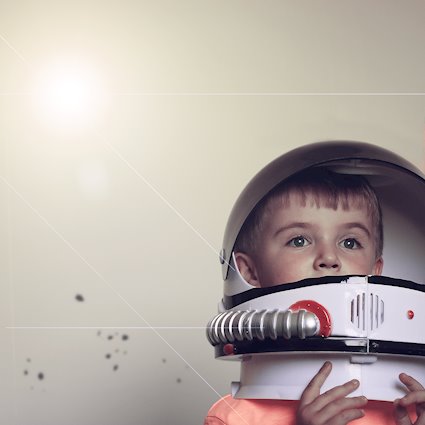 Opener ‘Girls And Boys‘ is the pop punk vibe Blink-182 fans are looking for, and bassist/vocalist Mark Andrews sounds like Mr. Mark Hoppus at numerous points in the track. However, Junior seem to think they’re onto a better hook than they actually are with this song, and it falls a little flat despite their best efforts. ‘Playing The Part‘, however, shows that they can get the sound right. The guitars are on point, the chorus is catchy, and it’s got a deep meaning behind its fluffy exterior.

‘Day Of The Dead‘ sounds like Neck Deep, though the Ben Barlow impression isn’t anywhere near as good as the earlier Mark Hoppus one. Later track ‘Dramatic‘ also has the Neck Deep vibes, though ‘Day Of The Dead‘ is far superior. Following track ‘When The Tower Falls‘ is also cracking in all its frantic and chugging glory. It’s a sleeper highlight, for sure.

‘Baby Blue‘ is a slow burn that keeps the pace changing nicely, and hits home a little too hard. It’s execution does leave a little to be desired however, and the track doesn’t stick like you feel it should. ‘Hey Becka‘ also has the same vibe at the beginning, but it soon gives way to a punk ripper ala Green Day. The very strange interlude after it, however, feels a tad out of place. And more than a tad pointless.

The way the interlude merged with ‘Brick By Brick‘, however, is a small slither of musical perfection, and the track itself is a multi-layered pop punk meets modern alt-rock banger. If you only listen to one song on this record, pick this one.

Title track ‘Beautiful Life‘ is Junior‘s own ‘Miserable At Best‘, and better in every way than ‘Baby Blue‘. If Mayday Parade met McFly and had a child, this would be their child. This track makes happy years fall, and I cannot resist it. Closer ‘Where And When‘, despite being one of the most explicitly pop punk on the record, fails to strike a chord after it was forced to follow the title track.

Junior have made a very solid debut record, without doubt. The middle ground falls a little short, but the album begins and ends with quality that fans of Neck Deep, Blink-182 and Jimmy Eat World need to hear. With three tracks that I’d label as “essential”, Junior have delivered some serious goods.