InVisions – Between You And Me

York metal band InVisions second album is a tough listen, and ultimately flat album where the only interest comes from the absurdly obscene lyrics, which only detract from the already poor quality. This is a record from a band whose attempt to stand out is using almost laughable lyrics rather than musical quality. While the musical side of the album is certainly not abysmal it is simply boring and basic. In truth it is a wonder that bands are continuing to make music of this style in 2019 especially when the past few years have seen the most creative bands typically be the most successful. 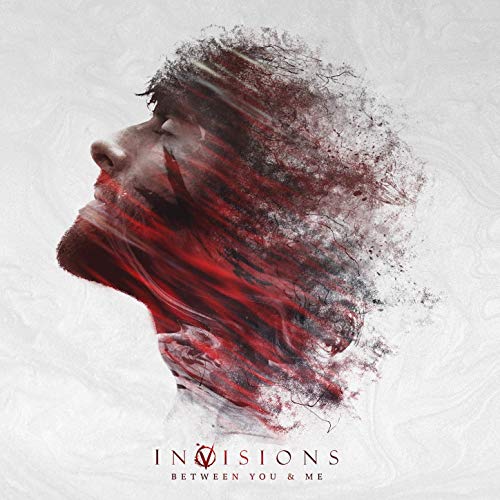 With Warped Tour shrinking, the amount of “scene” bands has dramatically decreased, particularly successful ones. Which makes you wonder why bands like InVisions often continue with the sound the touring festival made popular. Rarely do bands like this produce interesting and good music. And on Between You And Me, InVisions follow this trend. While the album itself doesn’t feel entirely dated, with a clear Architects influence being noticeable in parts. The influence is just that, influence, it stretches no further into quality. The only other influence comes from the aforementioned Warped Tour scene especially the deathcore scene. With bands like Whitechapel and Chelsea Grin obviously having an impact on the band.

While, musically, this album is quite bland, it’s certainly not awful. What makes this record as bad as previously mentioned is the lyrics. Rarely do lyrics detract from an albums quality but here they do. They often feel like a childish attempt to sound edgy and stand out. At times it can be entertaining listening to the lyrics, but not in the way InVisions intended. For the most part you are laughing at the idea that this is a serious record.

Ultimately this is a rather poor record that offers no addition to an already depleted scene. The lyrics only continue to highlight the low quality of this record. It is unlikely that any fans of the influences on this record will find anything to encourage repeat listens. In conclusion it is probably best to avoid this record unless you want to laugh at the absurd lyrics dotted throughout.