Ingested – Where Only Gods May Tread – Album Review

Released on August 14, ‘Where Only Gods May Tread’ is the fifth studio album from UK death metal outfit Ingested. 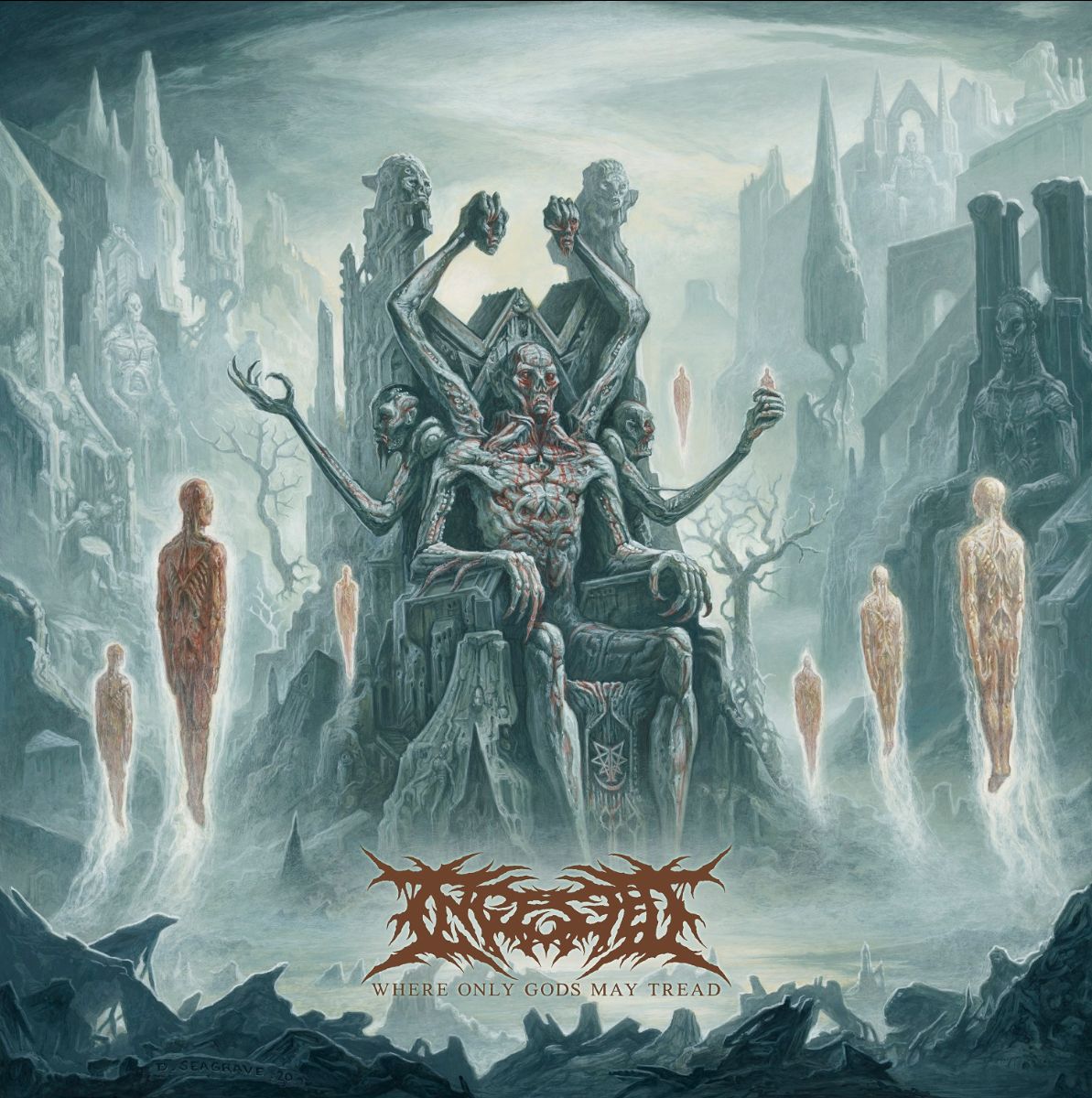 Packed with groove, killer riffs, slam elements great high and low screams and Lynn’s ridiculous drumming, it is everything you’d expect from an Ingested record and more.

Bringing the brutality straight in with the opening track ‘Follow The Deceiver’ you better strap in before hand. There is no introduction, no warning, just all out insanity… And it’s great.

The tone is then set for the rest of this intense album, it’s a relentless onslaught of brutal technicality and groove. From a songwriting point of view, it is a really well constructed album, as is each individual song. Tracks like ‘Impending Dominance’ including some clean areas and the great, I guess you’d say ‘background’ lead guitar work at the end of ‘The List’. The ominous chords used between the chugging on ‘The Burden Of Our Failures’ as well as the clean and really creepy section half way through the track. This record has so much more to it than your typical all out speed for speed sake blasting death metal album.

I will honestly say, I’m really not a ‘death metal’ fan, like, at all, but Ingested have always been a band that have stuck with me. There’s something different, more dynamic, inventive and accessible about their take on death metal that gives it an extra edge. There’s so much groove in what they do even in the more full on sections. Despite the harshness and diversity of the vocals, you can still clearly make out every word. Whatever and however they are doing it, I really think this band deserves more credit than they get currently.

Production from a sonic point of view is just flawless. Everything sits in the mix perfectly. I really hope to see this album shoot them above a lot of their contemporaries. I mean ‘Another Breath’ is just on another level, what an absolute mammoth of a track.

Favourite tracks – Another Breath/The Burden Of Our Failures