Ice Nine Kills – Every Trick in the Book

The whole album feels like a post-hardcore multi-musical (one that I would gladly go and see!). The dual-vocals entice the listener further into the story of each track. Lyrically, the tracks tell the dark side of famous stories including Dracula, Romeo & Juliet, Animal Farm and Dr Jekyll and Mr Hyde. 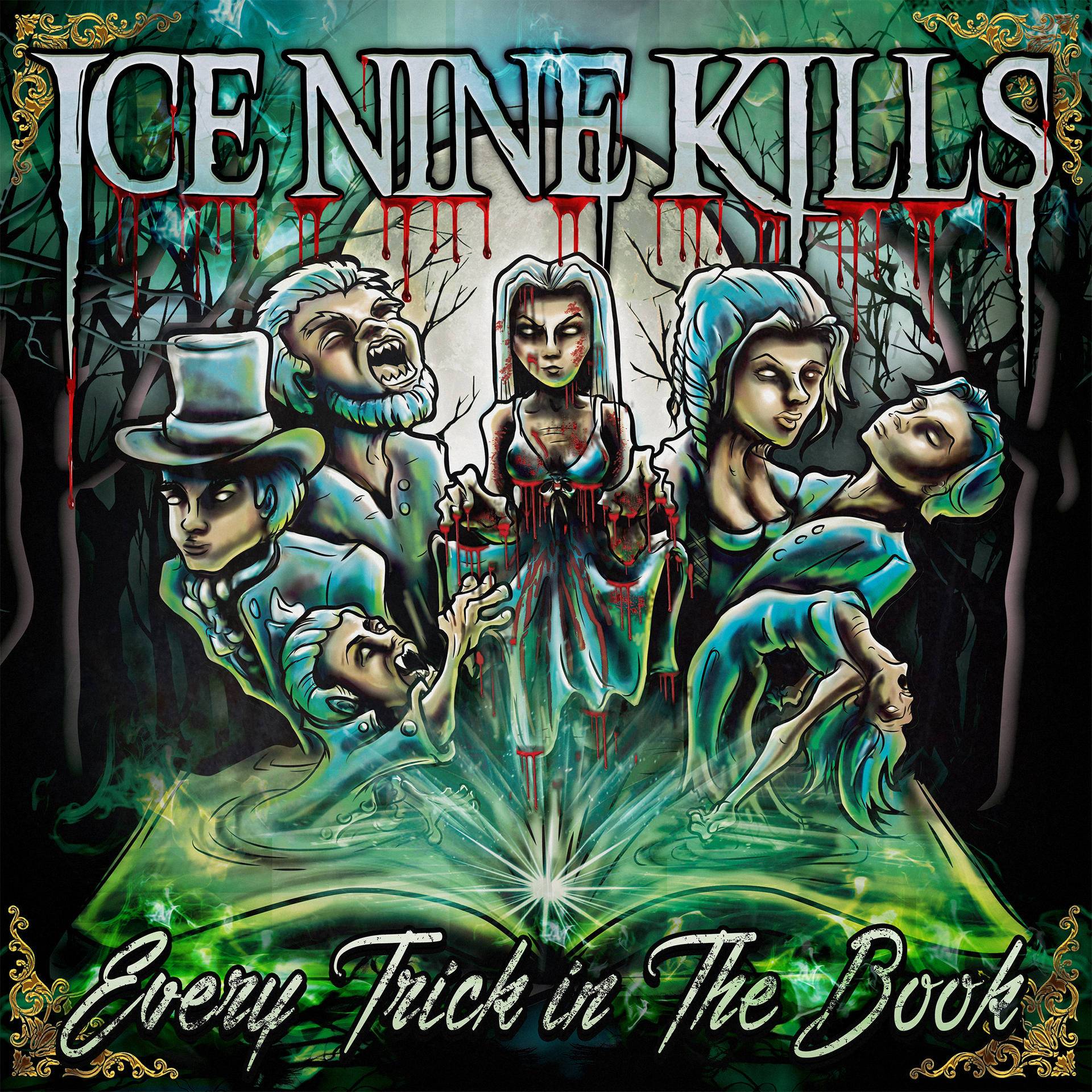 Now the first time I had heard of Boston’s Ice Nine Kills, was frontman Spencer Charnas featuring alongside Chasing Safety’s vocalist/bassist Kenny Davis on Youth in Revolt’s Christmas track Where You Belong towards the end of 2014 and decided to check them out, becoming a fan ever since. So when the announcement of their first UK tour came last month, I was super excited! But before that, we have the matter of their forthcoming album Every Trick in the Book (out on Fearless Records on October 28).

Spencer says on the band’s website “This album is a tribute to some of the greatest literature ever written, dating from as early as the 1600’s, to as recent as the 1970’s. These works tap into the dark recesses of the human psyche. You will journey through the horrors of addiction, possession, oppression, alienation, forbidden love, the quest for immortality, the duality of man, and in other words, the things that make life so complex. Our hope is to expose a younger generation to these stories, which are as compelling and relatable today as the day when they were first published.”

Opening track The Nature of the Beast sees frontman Spencer Charnas open with an almost musical verse, immediately building an intense atmosphere before culminating in a post-hardcore masterpiece! The atmospheric melody of the chorus contrasts with the gritty verses well. The ending of the track, like the beginning, sounds like something you would hear on Broadway. Communion of the Cursed has a great drum beat and guitar work. “You and I both know that death won’t matter through the poison and the dagger, we’ll set the stage for tragedy” is the stand-out lyric in Star-Crossed Enemies the obvious connection with Romeo & Juliet is evident for those who have done their English GCSEs. This track is definitely one that will transfer well live! Dr Jekyll and Mr Hyde is about a man with almost a split personality (I never read that one) and the harrowing opening of Me, Myself and Hyde captures the ideal really well. Tess-Timony partners Spencer’s soft vocals with a piano backing. Closing track Hell in the Hallways is inspired by the Stephen King novel Carrie.

The whole album feels like a post-hardcore multi-musical (one that I would gladly go and see!). The dual-vocals entice the listener further into the story of each track. Lyrically, the tracks tell the dark side of famous stories including Dracula, Romeo & Juliet, Animal Farm and Dr Jekyll and Mr Hyde. There are great riffs throughout. Strong drum beats and pounding basslines. The smooth clean vocals and tight, angry growls contrast each other almost poetically.