Welsh indie bubblegum pop trio Helen Love has had a long-lasting career spanning two decades, forming in 1992 exclusively releasing singles & EPs up until the 2000s. Nine full-length albums later Helen Love release ‘Power On’, a messy low-fi parody of their 1990s inspirations, each song is bathed in an obvious amount of The Ramones influences. 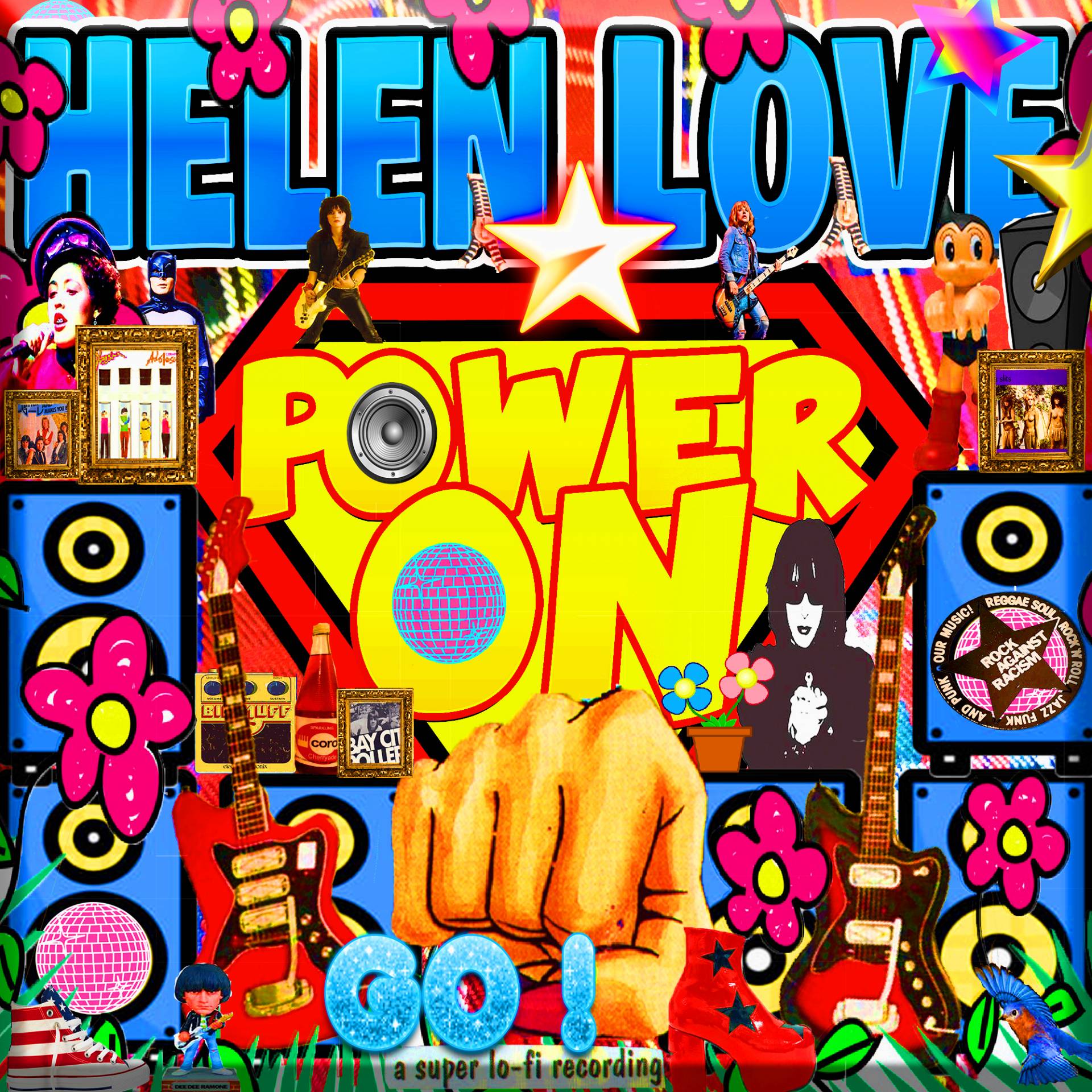 This record features little to be excited for. My favourite song on the record is opener “I Wanna Hold Your Hand”, bursting with energy and positivity, this romantic song is meant to be played at full volume but poor production has drained this song of all life. Following this comes the worst song on the record, “Debbie Take Control”. As a concept this song is brilliant but the reality is disappointing, “Debbie” is taking control of the radio, taking us through her favourite music but whenever a sample comes in they feel out of place as if Elvis Costello just walked in and slapped me across the face.

Each song on this record is identical. You are constantly bombarded with the same chord progression, drum beat, and overall song structure. Perhaps if this was 6 tracks shorter it would be somewhat enjoyable. Coming into the halfway point I found myself screaming for a change of pace, for Helen Love to show me some sort of change in their music and whilst “Sandra Dee” is somewhat a change and the acoustic guitar, whilst refreshing, is not enough and struggles to shine in the poor mix. ‘Power On’ is relentless and unforgiving and the lack of variation in this record only dilutes any bright points this record could have. There is one song that almost hit the mark for me but fell just short, ‘Star’ features some cool and slick riffs and a fun synth interlude with a strong chorus, but the crushed snare drum and poor structure turns a promising song into a mess.

“Power On” is a mess, fans of Helen Love will still enjoy this album as the band has shown no growth or change in sound throughout their career. However, for those who have not been exposed to their previous work, the wall of unrelenting noise may prove to be an exhausting listen.