With their debut album, Harbinger showcase bags of potential. With a sludgy aura and thrashy riffs, there’s tonnes of influences throughout this record. It swings from metalcore to death metal. It’s a record that will perk the ears of many metal fans. Perhaps the only downside of this record is that it drags a bit. At 49 minutes long, there isn’t enough to keep you interested for that length of time. There is a lot throughout that shows potential but at the length it is it certainly needs to be more consistent. 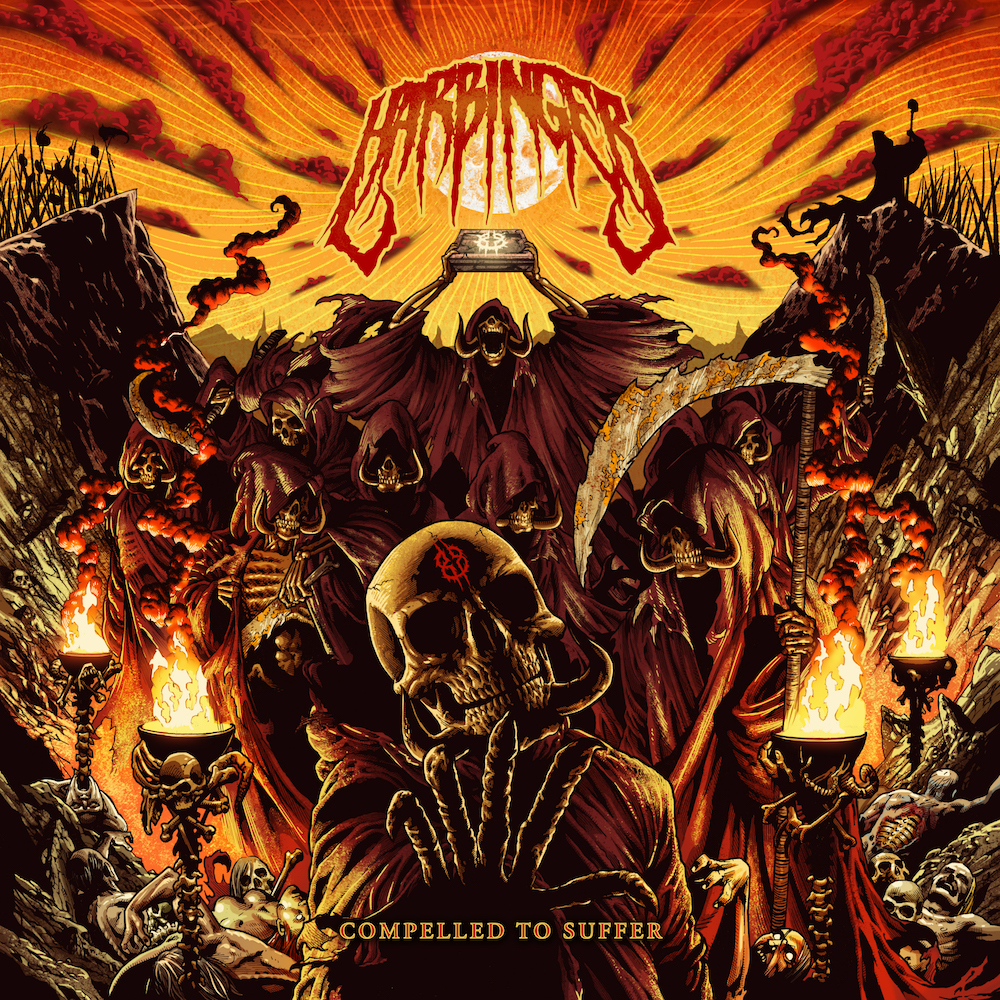 Opening with a more traditional metal sound, the record starts with a pace that is gripping. The layered guitars and pounding drums are rattling. There’s certainly a metalcore feel to the record.

It has a pounding feel, stomping along. Taking breaks for Mastodon esque melodic vocals. The breakdowns are certainly less obvious than most acts with a hard-core influence. There’s subtle hooks in both the riffs and the call outs.

Title track Compelled To Suffer is a one of the best songs on the album. It is unmistakably metal, whilst still showcasing the subtle hard core influence. It is a song that encapsulates the potential shown on this record. A song that makes you pay attention to Harbinger.

While the album itself is good. It would be better if it was more concise. Not all the songs are as good as Compelled To Suffer and thus at 49 minutes long it does become a bit of a tiresome listen.

The songs begin to blend into one and struggle to hold your attention. It’s a shame as by the end you do need to be reminded of the best parts of the record. It has room for improvement on what is a good debut album that shows plenty of promise.

Harbinger’s debut album is a great basis for the band to start. It has moments of greatness that really highlight their potential. However as an overall record, it is a tad too long and doesn’t hold your attention as long as it should do. Nonetheless there are songs and moments on this record that will definitely be of interest to fans of many types of metal.