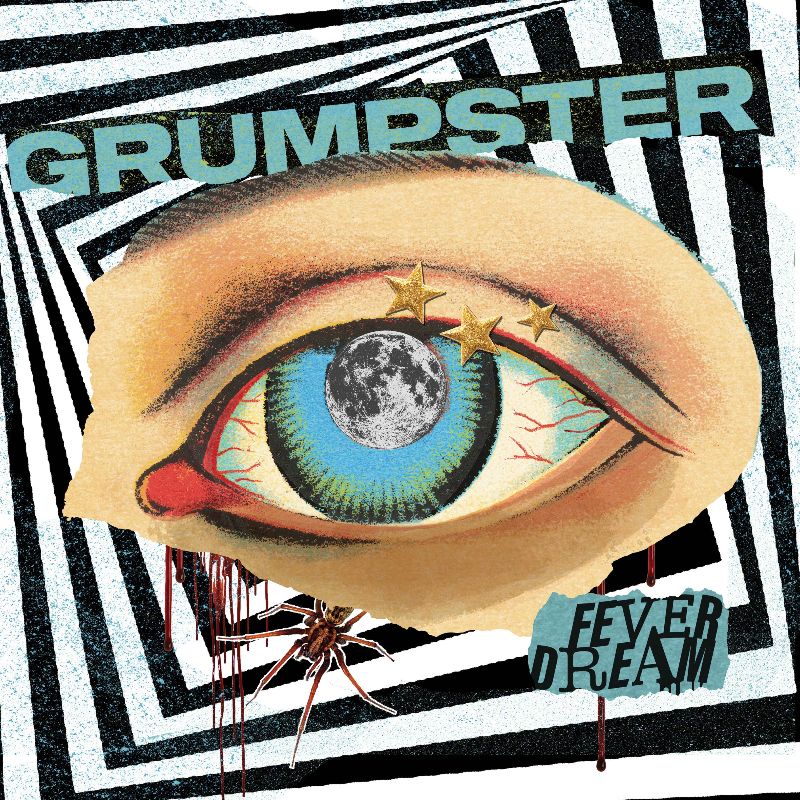 Grumpster open Fever Dream with the title track. It begins with some great pop-punk-esque vocals and builds into the first chorus well. It’s got good instrumentation and I love the way the rhythm of the lyrics is mixed up. The lyrical content will resonate with a lot of people.
Crash takes a darker turn lyrically, but puts some dark thoughts into a realistic setting. There is a great chorus and the synths at the end adds an extra element that while wasn’t necessarily needed, was brilliant.
Better Than Dead slows things down slightly with an acoustic guitar to open, but as it kicks in, we’re greeted with music similar to the first two tracks.
Looking Good is a nice track. It’s catchy with some early 00s style instrumentation.
Enjoy It While It Lasts begins with a minute of instrumentation before the vocals kick in. The vocals are quite repetitive and it is one of the weaker songs on the album.
I Wouldn’t Dream of It is a cool song talking about a terrible person making dark days bearable. The chorus is extremely catchy.
Fever Dream is a good record. It takes pop punk and makes it darker with the lower and slower tones to the standard sound and the lyrical content just increases this sentiment.
It’s refreshing to hear a record that adds a darker tone to a light-hearted genre. A lot of the album is quite similar to each other but it is a good record so it works.