Here we are at the O2 Islington Academy, kicking things off early at 6.30pm is The Last Band from Gothemburg with an extremely minimal turn out, cracking out some jokes of their place on the bill while ironically being the first band on. A cover of Bulls On Parade makes some friends in the building […] 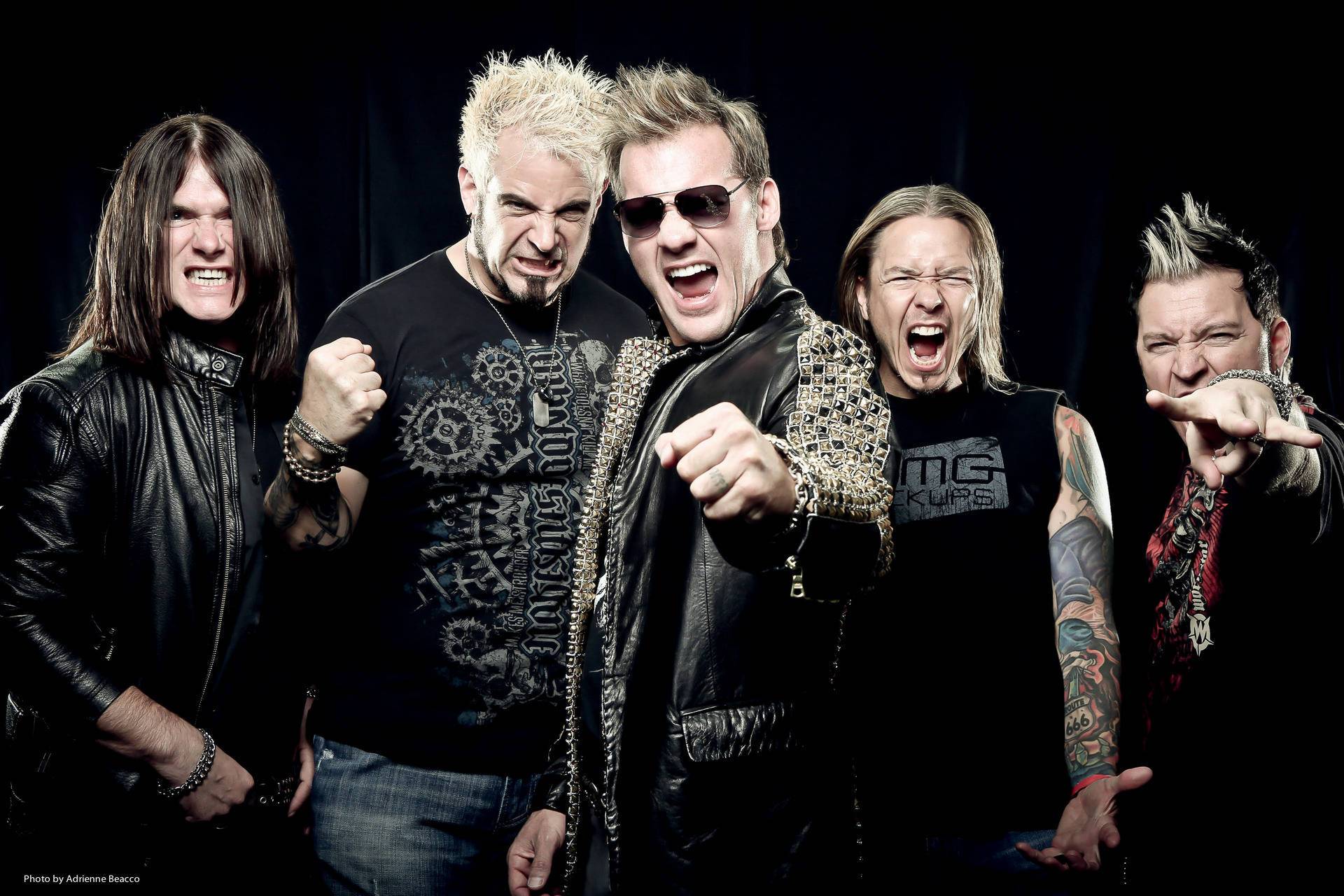 Here we are at the O2 Islington Academy, kicking things off early at 6.30pm is The Last Band from Gothemburg with an extremely minimal turn out, cracking out some jokes of their place on the bill while ironically being the first band on. A cover of Bulls On Parade makes some friends in the building as they continue to do their duties of being the opening act in a hardcore/punk whirlwind.

Madame Mayhem are to follow with the female fronted act of the night, taking to the stage with grace and style which in addition to the appearance and presence really nail harmonious vocals during the choruses of their tracks, bringing a really catchy vibe while including some shredding solos. An all round professional performance while high on energy, the New Yorkers are greeted to their first London experience in such a phenomenal way breaking the ice from across the big pond.

Co-headliners also from Gothemburg Hardcore Superstar open up with Beg For It in such a modern hard-rock feel that it almost feels like a classic hit. Frontman Jocke is rarely found standing still as he’s pacing the stage from left to right getting familiar with the entire crowd. The atmosphere has certainly grown more into set from the now 20 year old veterans who are creating a buzz with this rowdy London crowd. The 4 piece Swedish mob continue to impress with their abilities of keeping the genre alive, as the response to the latest single Have Mercy On Me gets a great reception as their taster of the anticipated album release in March 2018. A clip of popular dance song No Limit gets a parody performance before bringing back the originals and closing with We Don’t Celebrate Sundays there seems to be an amazing response as the fans call for one more song while still on stage but failing to follow through due to the set times.

Like all breaks so far, 30 minutes has been quite the unnecessary wait between each band. None the less, headliners Fozzy bring the big guns out as Warpigs by Black Sabbath blasts out the house speakers and phones are recording the stage awaiting for the band to emerge from behind the curtain. The self proclaimed GOAT Chris Jericho enters the stage greeted to a room full of people sporting either a Fozzy or WWE shirt as predicted opening with Judas captivating every individual screaming the words back to the band. A mix of old and new tracks continue, as the room goes black, the eerie intro to Spider In My Mouth plays and to our surprise the iconic light up jacket sported by Chris Jericho has been put on show with his back turned to the crowd center stage in the dark. Between each song the crowd chants for Fozzy, which looks greatly appreciated by the guys as Chris‘ smile say it all, stating he could listen to the chanting all night. A cover of SOS has some people in disbelief while hands are waving around bringing out the ABBA in everyone.

Before finishing up, instead of leaving the stage prior the encore, the band stay on stage while Y2J comments on bands that leave the stage knowing they will be back for an encore, instead he becomes John Cena by throwing a towel over his head assuming you can’t see him while rallying the crowd to chant for them like they have left the stage. A minute of playing with the crowd on the unveiling himself from the towel, they close with one of their most dominant tracks Sandpaper with intense harmonies for the choruses, although I was quite disturbed by the idiot that ruined the good vibes I’ve had by pummelling a guy at the bar before being dealt with and escorted out, and was quite surprised it was not pointed out by the band as it became very clear.

To finish this live review, I want to add that this sort of behavior is unacceptable, live music is an escape from the reality of the pain in the world, not inflict on those around. You are there for the same reason right? To enjoy the band you have paid to see just like everyone else, so respect those around you and their boundaries of enjoyment towards the live music or GTFO.