Fozzy are back with new album Boombox which is set to be released on May 6. It’s an album you don’t want to miss. 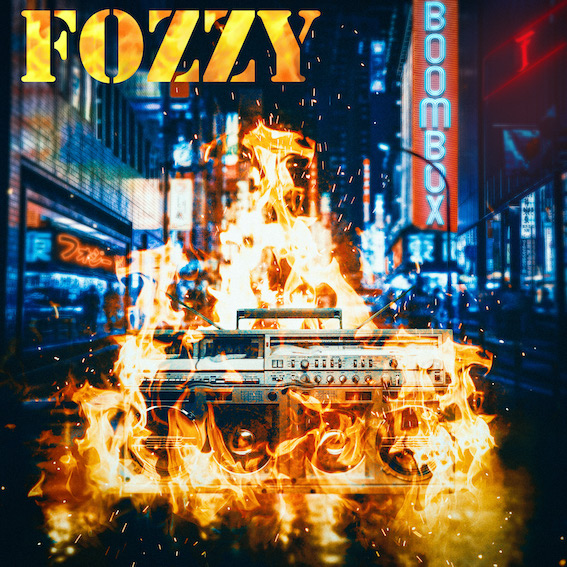 Fozzy are one of my favourite rock bands and Boombox definitely shows why.
The opening riffs to Sane are just brilliant and Chris Jericho’s glam rock vocals work perfectly over the top.
I Still Burn is a mellower track with a catchy hook of the title lyrics.
Army Of One begins as a ballad and it’s extremely open, talking about sleeping with one eye open and standing on the edge and trying to find peace.
It’s a really beautiful and heartfelt track with an uplifting message to keep on going “because the sting of failure isn’t as bad as giving up.” It is a track you can just imagine the crowd screaming back at Jericho and my favourite of the album.
Relax (Frankie Goes to Hollywood) is a ridiculously good cover of the classic track. It revives the single and brings it into the classic rock era while keeping a throwback with the electronic synths. Personally I think it’s better than the original.
What Hell Is Like has the signature Fozzy riffs before jumping into some interesting lyrics. It’s catchy.
The opening of closing track The Vulture Club sounds like something from a Rob Zombie record. Once the track kicks in, the gory underlay of the lyrics (talking about vultures eating you until the bones are clean) is almost unnoticed but the double meaning of people being like vultures does not go unnoticed.
There’s also some Rob Zombie-like guttural singing before a sick final guitar solo.
Boombox is absolutely brilliant. There’s not a low point on the record and fans of the band and those who may be first time Fozzy listeners are sure to enjoy it.