Five Finger Death Punch – And Justice For None

It has been three years since the last album from everyone’s favourite Disturbed/Stone Sour/Pantera hybrid, which by Five Finger Death Punch‘s standards is virtually an eternity. That time has been filled with record label law suits and on stage meltdowns that have led to lead singer Ivan Moody leaving the band, rejoining and then, several […] 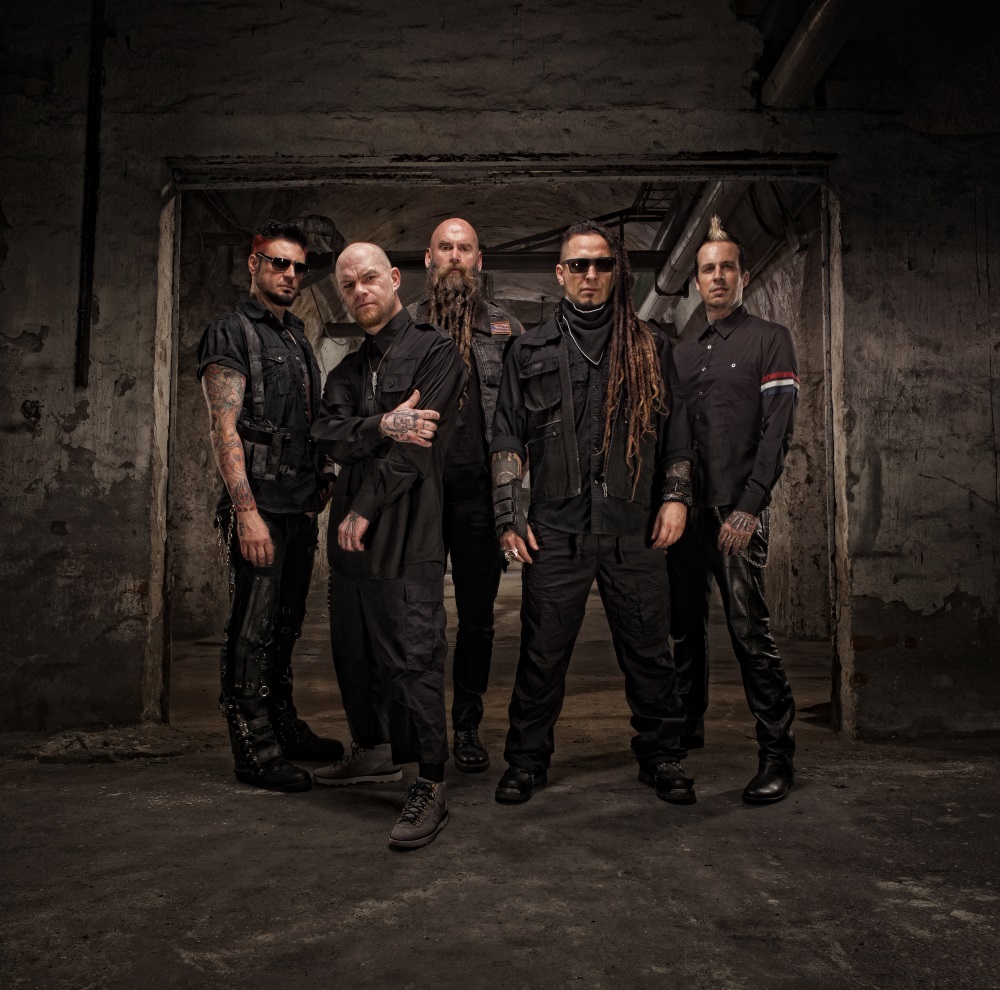 It has been three years since the last album from everyone’s favourite Disturbed/Stone Sour/Pantera hybrid, which by Five Finger Death Punch‘s standards is virtually an eternity. That time has been filled with record label law suits and on stage meltdowns that have led to lead singer Ivan Moody leaving the band, rejoining and then, several months down the line, leaving again before finally recommitting prior to the recording of this album. Prior to these issues, Five Finger were touted as the next big thing and potential future festival headliners. So, following the long wait, there is a lot riding on this album.

The intervening three years do not appear to have altered the formula that has rewarded them so well in the past. Fake kicks things off with a chugging riff, heavily produced drums beating the path forward and a chorus containing the just ever so slightly ham-fisted lyric “You’re a fake motherfucker/I hate you motherfucker/I’ll break you motherfucker.” Ah, poetry. But let’s be honest here, if you came into Five Finger Death Punch‘s 7th studio album expecting Bob Dylan, you haven’t been listening to the bands output and to complain or criticise it at this point is a waste of breath and ink. The point is that Fake, like its follow ups Top Of The World and Sham Pain is a song powered by huge guitars and a chorus that, regardless of it’s lyrical content makes you want to scream it back in the live environment. It is worth mentioning here that Sham Pain is actually quite interesting lyrically as it sees Ivan addressing the issues he has faced in a very honest manner which no doubt will attract adoration from those are already on his side and disdain from every one else.

However, from this excellent start, the remaining ten tracks suffer from an over saturation of power balladry. From the incredibly saccharine I Refuse through When The Seasons Change, Stuck In My Ways, Gone Away and Will The Sun Ever Rise, one can’t help but feel they have slightly over stretched themselves and would be better sticking to what they’re best at, massive heavy metal songs, of which Fire In The Hole might be one of the most enjoyable they’ve ever written. But then on the flip side of that coin Bloody is one of the worst songs the band have penned, an overly produced mishmash of industrial beats and a thoroughly unmemorable chorus.

There’s enough good songs here to top up the live set and some should become permanent fixtures on the setlist from this point forwards and, when you consider that bands such as Slipknot and Biffy Clyro have headlined Download after similar missteps in their studio output, this should not prevent them from hitting the heights previously suggested. Temper Temper it ain’t. However, as a whole the album sags too much especially in the latter half and does not live up to the heights they have previously set themselves.