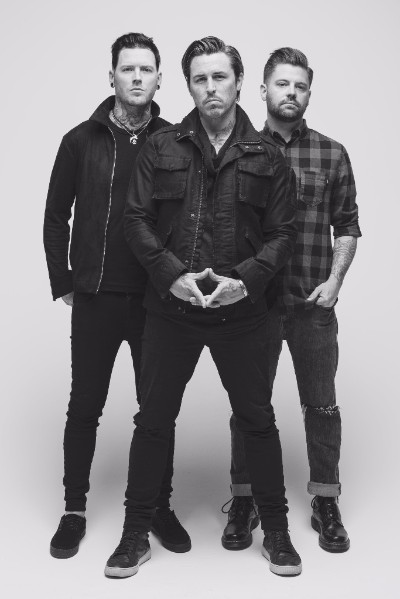 Counting Days hit the stage hard to a crowd I could count before the opening song rings the last note really generating the setting of a classic DIY Hardcore show where everyone is dotted around the floor area shyly head banging in appreciation while the band do all the hard work in giving 100% of their energy into the performance. A raw and heavy set gradually had a nice turn out towards the end as the crowd disappears back to the bar area while waiting for the next act.

Landscapes stomp and take charge of the stage for the next 30 minutes with a pacey hardcore vibe flooding back memories of seeing the mighty Your Demise in the very venue several years ago with a similar take on the UK hardcore legends, although besides the handful of people pressing themselves to the stage screaming words back the room is still very much scattered and tranquil. Closer to the end of their set the vocalist becomes part of the crowd in attempt of igniting a spark into this yet to be rowdy room half full.

Again the weird and yet wonderful vibe of a hardcore show proving to see most people disburse during the intervals for a beer or cigarette, unlike a big act who will have die hard fans queueing from the morning just to hug the barriers. Smoke machine has set off the smoke alarm prior Eighteen Visions entrance strategy but once ready to get underway, a blackened room with several bright spotlights arch around the stage floor which are triggered to the sound giving a perfect setting which continues throughout. The crowd response has most certainly picked up and went from 1 to 10 in an instant as James Hart gives some mic attention for the fans to scream the words into and the pit has begun. The mass amount of foggy smoke has created very limited visibility while the ‘hardcore dancers’ swing arms erratically and reckless spin kicks are concerning for all around them I left surprised no one was actually kicked/punched in the face (believe me, I seen several close to contact with considerable force in the “dance moves”).

Regardless of the crowds safety, Eighteen Visions have gone all out ballsy songs for their set tonight as a show of this nature would expect to be, regardless of not having a live bassist out of respect to Mike Morris (former bassist who passed away between the bands inactive years) still showing that they have got what it takes as their new songs go harder than previous releases from a decade ago. A first for the band as a broken string occurred giving time for James to thank the fans whether you’ve been listening for 15-20 years or 15-20 days, as we get back to business explaining there is a lot more songs left and begins to crowd surf over the fans. The atmosphere is comparable to that of an Every Time I Die show in respects of the crowd interaction and frontmans constant involvement with everyone who can make themselves physically close enough to the stage with bodies shadowing over the person in front of them screaming their lungs out for a chance to be heard on the mic. Regardless of having earplugs I’m starting to feel deafened by the sheer force of power given into this extreme sounding set with original track Victim being the lighter commercial track of the evening. Moments after calling it a night, the James wastes little time in heading to the merch table to thank anyone who has the time to stop by and explain how incredible tonight was.