Decade are back with new album, ‘Pleasantries’. It’s more than pleasant, and takes their music to another level from their debut album in 2014, ‘Good Luck’. Decade have done extremely well to create a new sound which isn’t really anywhere else, by combining a rage of sounds which are already in the mainstream. If you’re […] 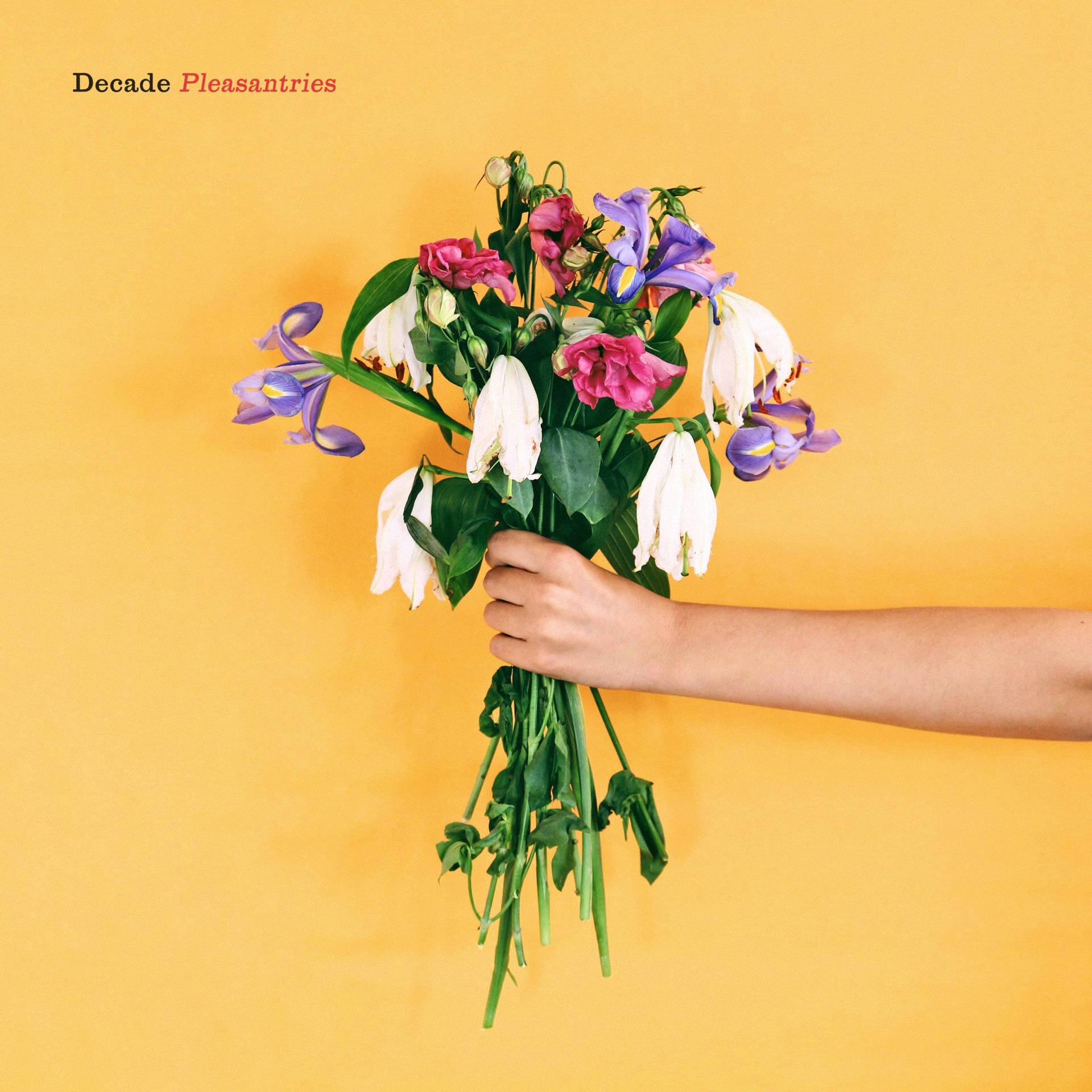 Decade are back with new album, ‘Pleasantries’. It’s more than pleasant, and takes their music to another level from their debut album in 2014, ‘Good Luck’.

Decade have done extremely well to create a new sound which isn’t really anywhere else, by combining a rage of sounds which are already in the mainstream. If you’re a fan of anything from Turnover to Moose Blood to A Day to Remember to Blur, and even Nirvana – give this album listen.

The album starts with a beautiful riff, and it makes you feel like it’s summer. Then, Turnover-esque vocals kick in and you’re daydreaming. Shortly after, you’re hit with a heavier chorus which knocks you back to reality. You’re a minute-and-a-half into opening track, ‘Human Being’, and already hooked.

The vocals are airy but powerful all the way through the album, drums are simple but effective, and guitars do well playing both delicately and powerfully. There’s no doubt that the band are talented musicians in their musical and lyrical writing. ‘Turn Off Your TV’ particularly stands out as a song about our consumption of social media, hidden underneath catchy riffs, and a chorus that’ll have you wanting to move.

‘Daisy May’ has more of a new brit-pop feel, and ‘Anaemia’ (one of my favourites) follows this sound, with a catchy chorus and it works well. As great as I think the softer songs are, they’ve got a versatile sound which helps break the album up and keeps it from sounding same-y.

‘Wasted’ is a ballad of sorts, and is beautiful both lyrically and musically. Haunting vocals and harmonies overlap a grungy guitar which eases you into a heavy chorus and explosive ending. It’s definitely a highlight of the album. The next track, ‘Sunbeam’ is another beautifully crafted track. The band creates a dreamy atmosphere with softer vocals and delicate instrumentation. At its core, it’s a love song, and on the surface it’s just nice to listen to, much like the rest of the album.

‘Brand New Again’ is a heavier song featuring more experimental guitar techniques. It also draws lyrical inspiration from the pop-punk theme of wanting to escape your town. Again, it’s a great song, and can’t be faulted. It’s nice seeing the band branch out and use new techniques, and the heavier sound really suits them. It demonstrates their versatility in genre and vocal range whilst not straying too far from their core sound.

The album ends with the slow ‘Capsules’, proving how impressive the band can be with just vocals and a guitar. It’s a song about life, death, life after death and existence. It’s a great end to a great album, and really makes you want to listen to the whole thing again.

‘Pleasantries’ is out on February 24th.