Dashboard Confessional has returned to the world with a greatest hits package celebrating 20 years of sad-boy music-making prowess. 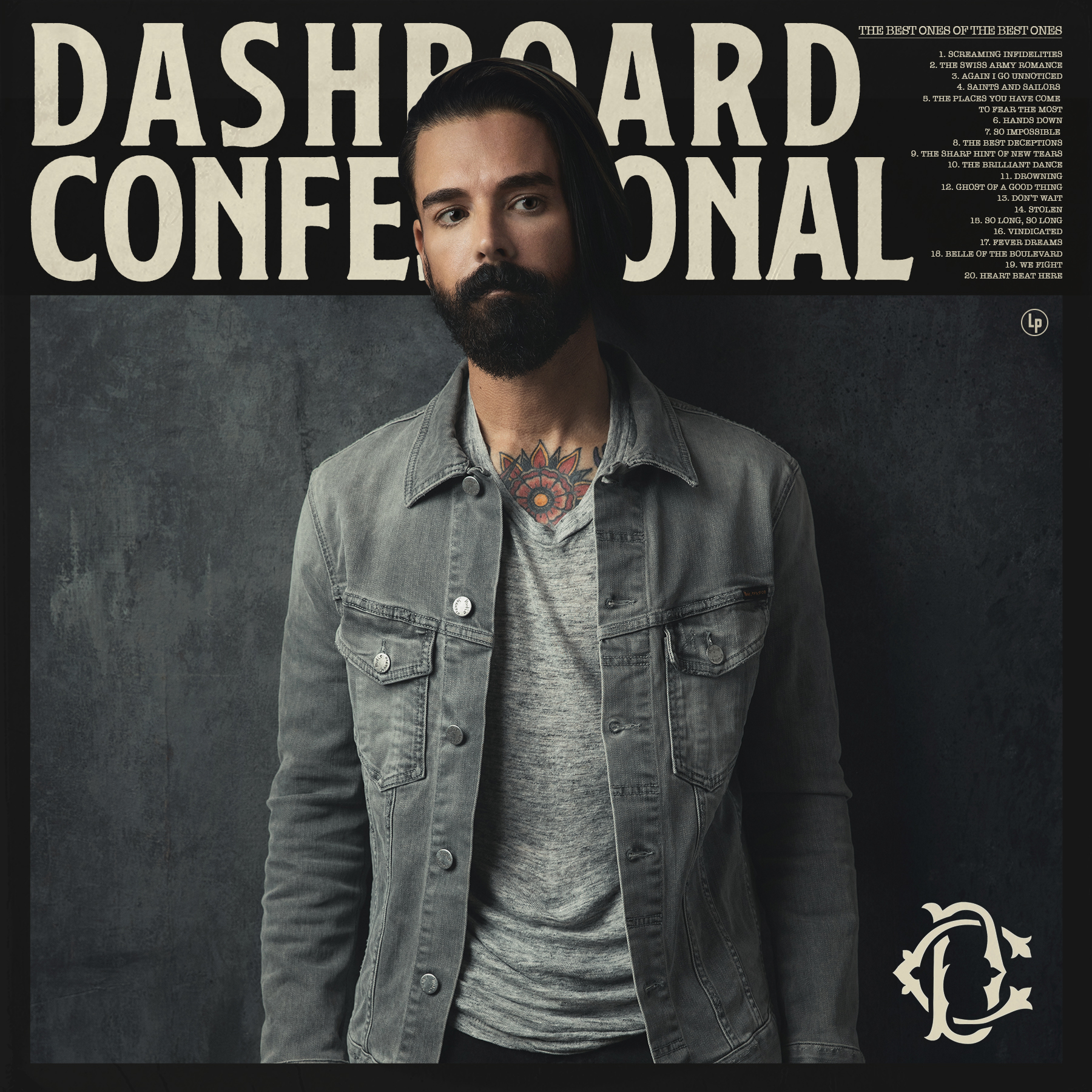 The problem today with such compilations is the argument that they’re unnecessary. Fall Out Boy‘s ‘Believers Never Die – Volume 2‘ was a clear money grab, for example, and I made sure to say it as loud as I could. We live in a world where most fans, particularly of artists such as Dashboard, can make their own “greatest hits” albums in the form of [insert streaming service] playlists. Such compilations seem a waste, especially one that doesn’t include any new material.

That being said, Taking Back Sunday put one out to celebrate twenty years, so Dashboard can be afforded the same privilege. Like TBS (and unlike FOB) the tracklist is very well put together, covering every era of Dashboard Confessional output and presenting a good look at his output across the board. For someone looking to get into the artist, this record is invaluable. If you don’t like these ones, you won’t like anything else.

Chris Carrabba now has the pleasure of owning all the Dashboard Confessional master tapes, so releasing such a collection is a beautiful opportunity from artist perspective. He hasn’t missed a thing, really, from ‘Screaming Infidelities‘ to ‘Heart Beat Here‘. Every album is represented, their EP’s do not go unnoticed (pun intended), but I feel the inclusion of tracks from MTV Unplugged interrupts the flow a little.

Greatest hits albums are interesting little things. Done well, they supplement a catalogue, oftentimes closing off one chapter and beginning another. ‘The Best Ones Of The Best Ones‘ wriggles itself into that category. It just could do with a little something extra for fans who already own all these songs.