Growing from the fertile metal pastures of Texas, Creeping Death are the latest arrivals in a burgeoning old school death metal scene. This is their debut full length album, after 2018s excellent Specter of War EP. This album does not do anything brand new, it doesn’t break any new ground. It does death metal, mixed with a sprinkling of hardcore, and it does it very well. 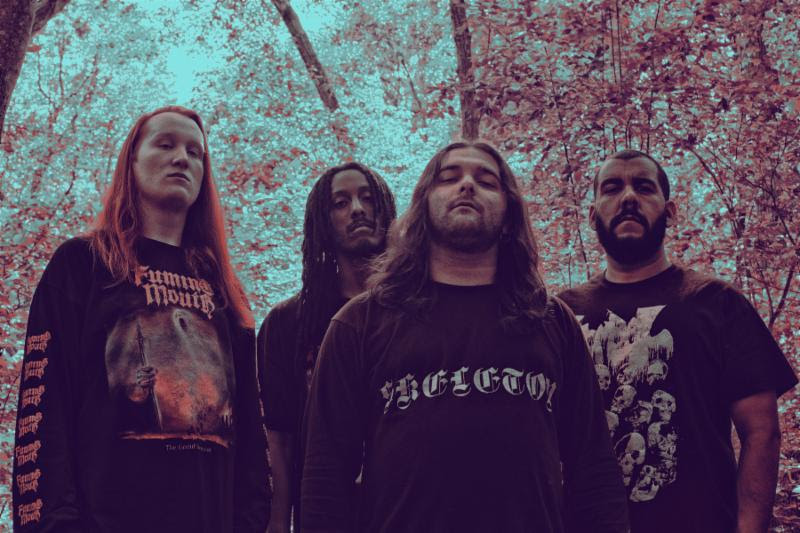 This is a record that never lacks for ideas or feels one paced, switching between a number of different styles, whether it’s the early Sepultura gallop of Sinners Torch or the hardcore break down that closes out the excellent Blood Contamination. Sometimes they do this within the confinement of a single song like Corroded From Within which begins at a sinister slow pace before leaning it’s head down and charging headlong through a double pedal charged chug, into a swinging hardcore groove, before hitting an early 90s Metallica-esque riff. Creeping Death are already masters of a number trades on their debut album.

Some bands will overreach on their initial album, and try and run before they can walk, not so with Creeping Death. Wretched Illusions is well structured, 10 tracks, just short of 40 minutes, nothing here feels overstretched or overworked, or for that matter underdone; each song is a delicate slice of perfectly balanced riffing and guttural growls and it never gives you a chance to get bored.

If there is a criticism of this album it is perhaps in the production which feels perhaps a little overcooked and slightly lacking bite when compared to the likes of Baest, Gatecreeper or Skeletal Remains. But if you’re reaching for production issues when looking at a debut album, that’s probably a victory in itself.

As said above, it may not be re-inventing the wheel, but there’s no shortage of brilliant songs on display here, whether it’s riffstorm opener Ripping Through Flesh, the Death-aping title track, or the barnstorming closer of Consumed. This is an excellent release from a very exciting band and yet another welcome dose of heavy from this frankly incredible death metal scene.