Cope released their debut album The Shock Doctrine on 22nd of May. A hardcore assault designed to scream (literally) about the world’s ills, Cope intend to draw attention to the crumbling state of the modern world. Fitting, really, given recent events. 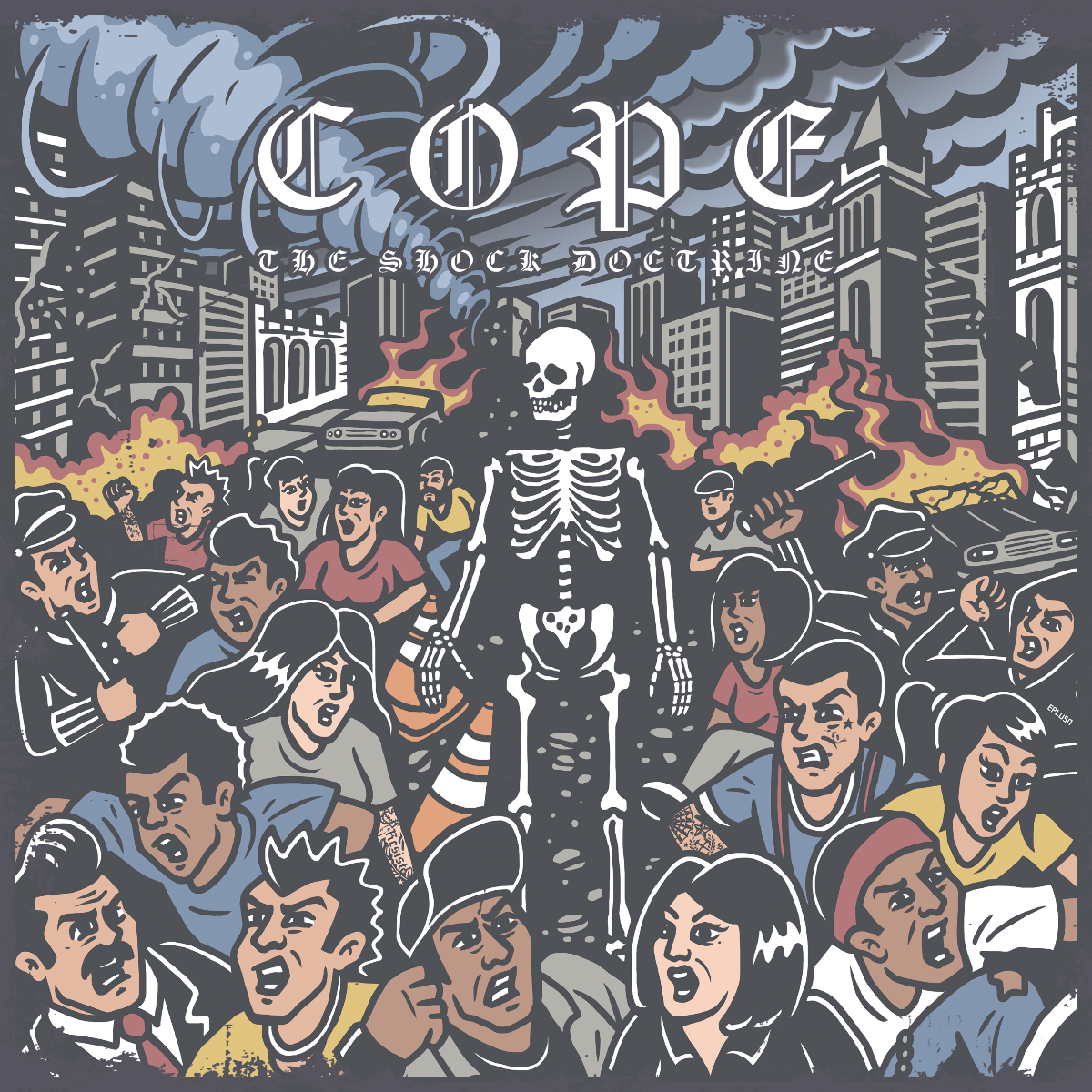 ‘Life In 3D‘ is the perfect beginning to the record, inspired by the blueprints of the first 3D printed gun being put online and the eventual tragedy that this likely will cause. It’s a very heavy, very angry and, at the same time, very memorable track, wonderfully executed. Drawing the listeners attention to this is only the beginning of what’s to come on The Shock Doctrine.

There’s something catchy about the instrumentation of this record. ‘I’m Alright, Jack‘ could very easily be a pop punk track before the screams begin, and the title of that song really tells you all you need to know about what Cope are getting at. Cleans in the chorus definitely bring back that punk sound, and by track two we’ve sampled two very different sides of the band.

There’s awesome riffs again on ‘Gold‘ and a very punk chorus, and the same again on ‘Jailbird‘. Though there’s nothing really wrong with the songs, the band need to change something up here to keep my attention, because the record seems to be treading water a little. ‘Empire‘ has awesome guitars and really lets them sing, pumping fresh life into the record. ‘Territory Missing‘ sounds a little pointless, though, and acts as an intro to the very angry ‘Damned If We Don’t‘. Though I appreciate the track’s delivery, the record is a little tired by this point.

Final track ‘Influenza‘ redeems the album with a six minute belter, raising some points about social media (“who is the best dressed? Send me another friend request” being a cringy but necessary lyric). The end brings the album into land nicely, and Cope have completed a respectable debut.

Obviously, there’s a lot to work on here, but overall The Shock Doctrine is a valid debut from a band that have a tonne of potential.