Three years ago, Code Orange put the entire scene on red alert with their third album Forever. It was seen as a game changer by many, and it is no coincidence that since that album, the hardcore genre has been at a creative peak. Now, following a long recording process that saw the band cancel an appearance at Bloodstock Festival, it’s time to see if the follow up lives up to it’s predecessor. 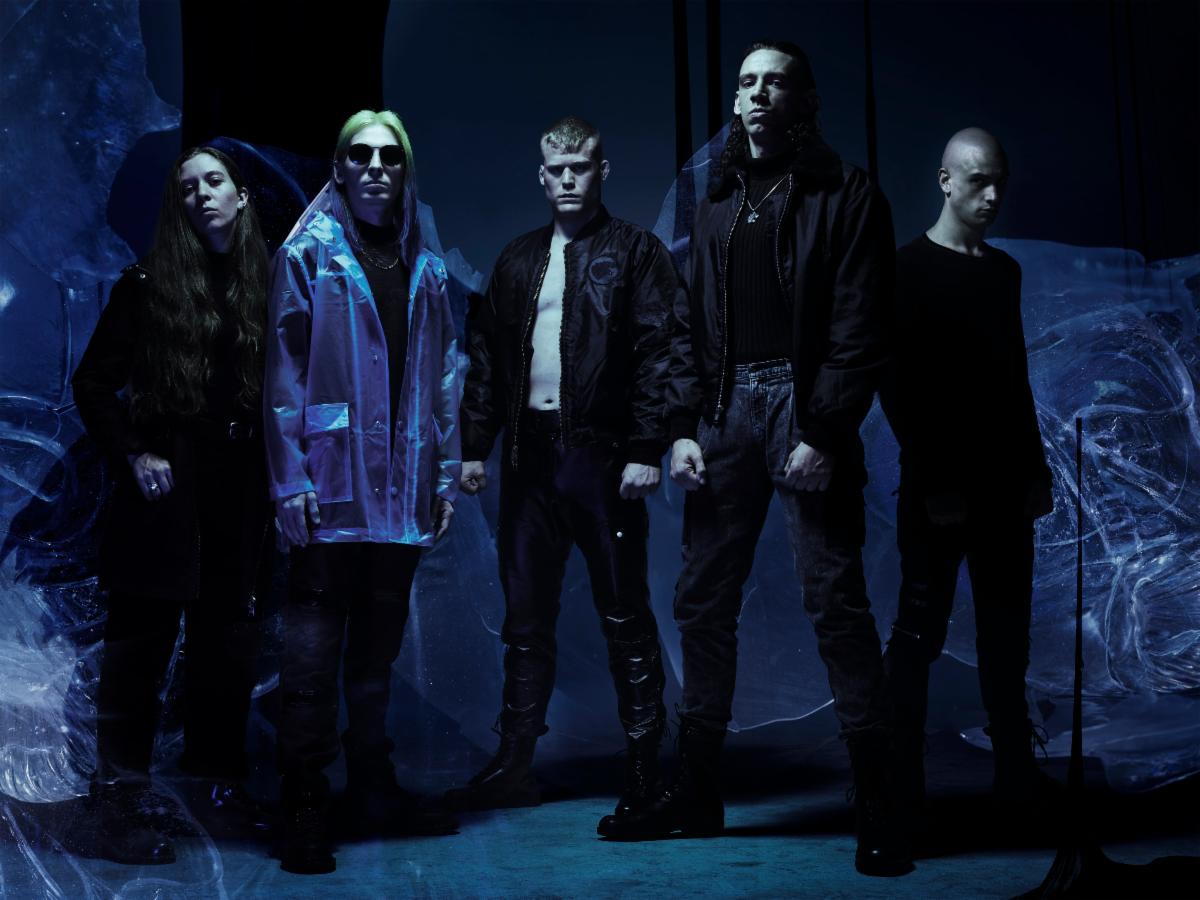 Since the release of Forever in 2017, Code Orange have released a standalone single and an EP. The single Only One Way continued the experiments with the electronics and soundscapes that were so key on Forever, and the EP The Hurt Will Go On showcased a truly breath-taking level of brutality and even featured a guest spot from Corey Taylor. The message from these releases was clear, no concessions, no selling out; the art was the key.

Underneath opens with the ominous, throbbing soundscape of (deeper than before), a chilling instrumental introduction that sets the tone perfectly for what is to come. This gives way to Swallowing The Rabbit Whole, the main riff of which is a perfect example of what is so perfect about this album. You can feel the groove and the drive behind it, and if they wanted to, Code Orange could easily bulldoze through on groove alone in the manner of Pantera, but instead, they throw the listener off the pace with juddering stop start electronics and unexpected twists and turns. But this is not throwing everything at the wall to see what sticks: this is precise, and although it may be jarring on first listen, the more time you give to it, the more it makes sense.

Viewed as a whole, it is undeniable that Underneath is a singular and original artistic vision. But that is not to say you cannot hear it’s influences. On the contrary, you can hear many elements of other bands all over this record, be it the Slipknot chorus on Last Ones Left, the Metallica guitar chug on Sulfur Surrounding, or the Alice In Chains drama surrounding Autumn and Carbine. But there is no sense of carbon copying, or of a copy-paste of influences, as other bands may be guilty of when mixing such a myriad of creative inspirations. Code Orange thread everything together incredibly delicately, and combine it to their own unique sound in seamless manner.

There’s brutality aplenty on show across this album’s nearly 50 minute run time from the onslaught of You And You Alone, to the electronics-drenched heart attack that is Cold. Metal. Place, but it’s the moments of melody that are truly the high points of this record. They may not be immediately noticeable, as they’re wrapped in the aural equivalent of barbed wire, but on multiple listens the soaring, anthemic chorus of The Easy Way stabs through from the melee that surrounds it, and the previously mentioned Sulfur Surrounding’s lead vocal hook is truly stunning.

Another incredible string to their bow is their ability to create further hooks from unconventional means, like the wonderful hi-hat groove on the aforementioned You And You Alone or the strange stabbing electronics that feature on Erasure Scan.

Code Orange have not matched what they achieved on Forever. They have far exceeded it. Forever was a five minute sketch to Underneath’s Sistine Chapel ceiling. And in these troubled times, let us not forget that it was Code Orange who were one of the first bands to take initiative when forced to cancel shows and streamed a live concert from an empty venue for fans all over the world. This band are an artistic behemoth with seemingly no boundaries to their vision.