Cheap Meat – ‘People Are The Worst’

There’s no doubt Cheap Meat can write fun, catchy songs you’d expect from the likes of Weezer and Bowling For Soup. Their new record, aptly titled People Are The Worst, exemplifies this brilliantly. 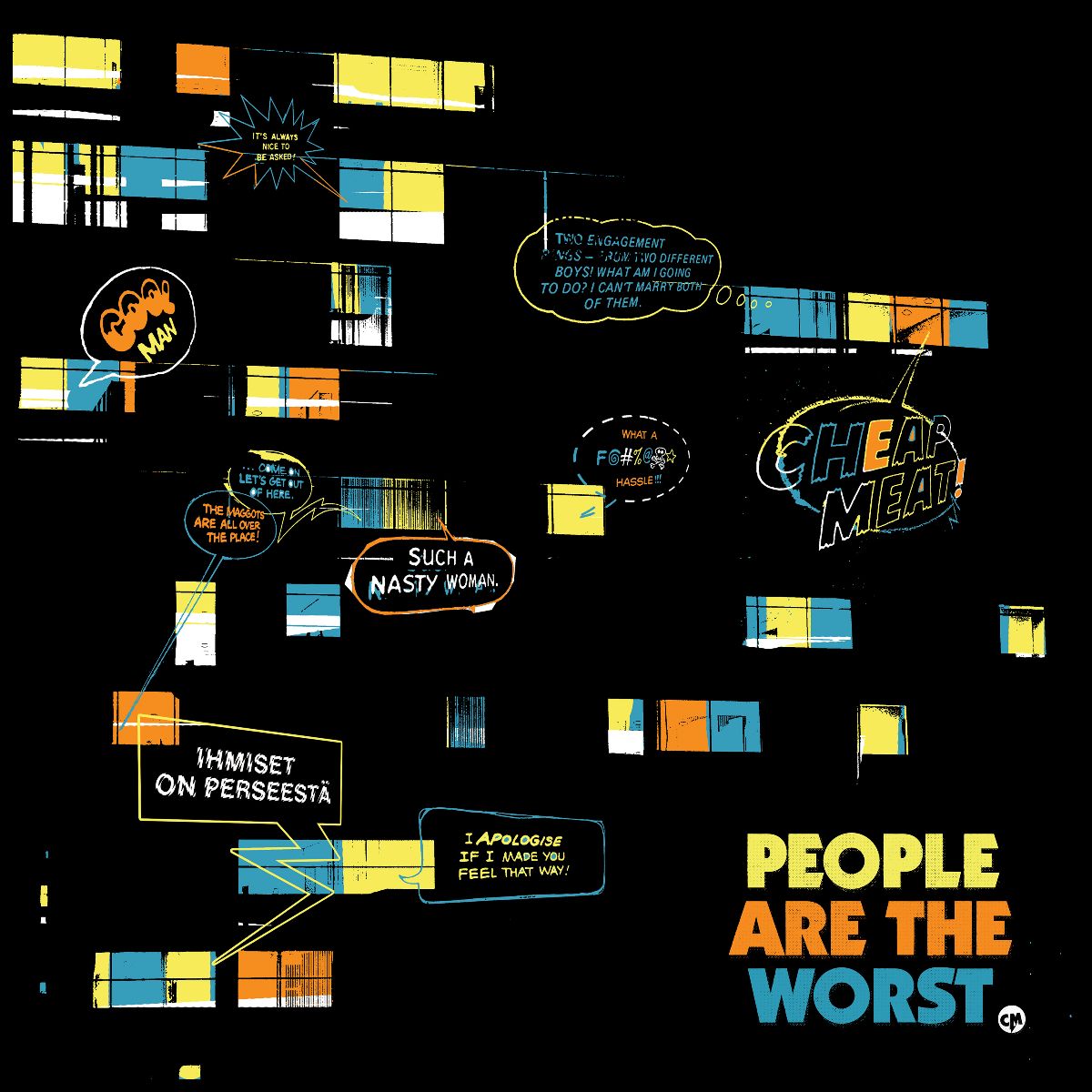 Opener, oddly titled ‘Spoons & Other Cutlery’ and ‘Eddie & Valerie’ showcase the band’s mindset brilliantly. The lyrics are tongue-in-cheek and at times painful, but both tracks are wonderful listens. The choruses are immensely catchy and the instrumentation, despite not being groundbreaking, makes sure to remind you the band are talented musicians.

There’s flashes of maturity in tracks like ‘Blasé’, easily a highlight. Seven-and-a-half-minute closer ‘Love Song Reject’ also adds a sense of depth to the bands work, building up to a passionate crescendo and an early solo a classic rock outfit certainly wouldn’t turn their nose up at. On top of that, the track doesn’t quite overstay its welcome (though it skirts very closely).

One of my biggest gripes, though this is merely a personal choice, is the record’s length. At nine tracks, clocking in at half an hour, it does leave you a little wanting. The days of 9 track albums, done so the record would fit on one vinyl, are long gone. I feel Cheap Meat could’ve said a little more here.

With that in mind, however, I feel something is missing here. These lyrics are done better by Bowling For Soup and have overstayed their welcome a little in music. Oftentimes, they bring down the quality of the songs. ‘Pasodoble’ has some serious lyrical moments, let down elsewhere by dodgy lines. There’s also some absolutely scorching guitars though, so they get away with it.

Cheap Meat are a band to keep your eye on. A little maturity would not go amiss lyrically, and with it in place I feel the band could reach heights further than they realise.