New Jerseys Can’t Swim are back with six-track EP, Foreign Language released via Pure Noise Records. Foreign Language is my first foray into the music of Can’t Swim, I hear previous records Fail You Again and This Too Won’t Pass exploded their fan base around the U.S. 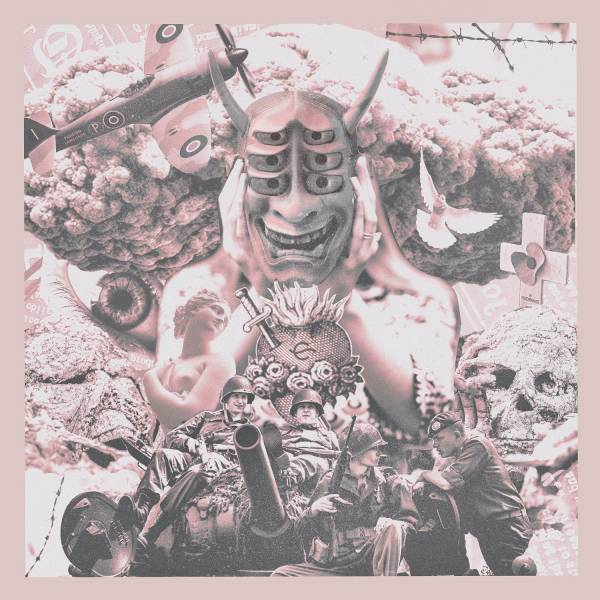 Lead vocalist Chris LoPorto said: “Foreign Language is a record that I felt necessary to put out,” the front-man had a lot to say but wasn’t sure of the words and this is where this EP comes to fruition. Four of the six tunes have a guest spot, one is a Rattlesnake called Frank Carter on “Power”.

Can’t Swim begin with the EP namesake which features Taking Back Sunday’s Adam Lazzara on this 53 seconds of hardcore blasting. Michael Sichel drums at a speed with their frantic guitar riffs on “Filthy Rich” featuring Spencer Pollard of Trash Talk. It’s ferocity on mass with a hardcore groove. “Shoot” opens with the words “I’ll kill all you mother fuckers” and then LoPorto kicks us in between the eyes with his hardcore passionate vocals.

Tattooist and vocalist Frank Carter joins these cats on “Power” this just screams mosh pit, this tune has the catchy groove riffs with a maniacal circle that the former Gallows man adds his ink to. “Just want to burn it down” is “Sour”. Drew Dijorio of Stray From The Path fame takes this to another level with his vocal style.

Foreign Language ends with the affectionately named, “Prick” which has elements of the opening set of fast hardcore riffs of Mike Sanchez and Danny Rico as LoPorto flows with “Put your money where your mouth is”, and that ladies and gentleman is Can’t Swim’s Foreign Language, a voice for the voiceless.