With debut album Smile out this week (July 15 to be exact), we delved into what has been billed as one of the hottest records of 2016 to find out exactly why the band are one you should love. 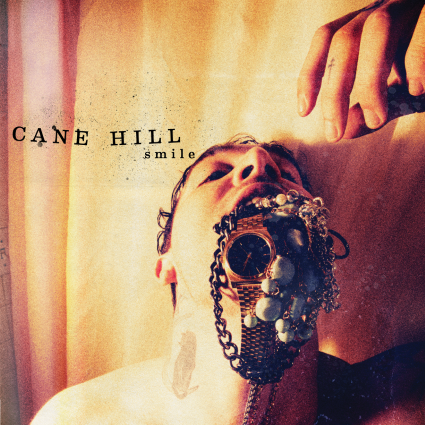 Unless you’ve been living under a rock recently (if so, who do you think you are? Patrick from Spongebob?) you’ll have heard of New Orleans metal quartet Cane Hill. Named after a British mental asylum, you’d be forgiven for thinking they are a bit insane (seriously, Kerrang! Awards 2016 speech anyone?) There’s a lot of hype surrounding these guys (believe me, encounter any of them at any point of your life and they will leave an impression – check out our interview with them here to see what I mean.) With debut album Smile out this week (July 15 to be exact), we delved into what has been billed as one of the hottest records of 2016 to find out exactly why the band are one you should love.

Opening track MGGDA is an angry start to the album, with guttural growls and lyrics talking of the current state of America. Dotted throughout the track are news style monologues and there is a bit of an electronic tinge. (The New) Jesus begins with some gang vocals and frontman Elijah Witt’s clean vocals are akin to Marilyn Manson in parts. There is a brilliantly dirty riff and this is definitely a track that will make you want to start a one man pit wherever you are listening to it.

True Love is a personal favourite of mine on the record. A filth-laden song about sex with an equally disturbing video to match. Elijah’s clean vocals are superb and there is a great bassline and guitar work. There’s a curveball at the start of St. Veronica with a slow opening few bars and electronic opening and a prominent drum beat throughout.

“Everyone says that the good die young, but if I die young what will you say about me?” Muses Elijah before the riff of Fountain of Youth kicks in. A super heavy track. You’re So Wonderful has the impression of a trippy track with contrasting vocals. Screwtape combines both of Cane Hill’s main aspects of heavy, monster riffs and at times, trippy electronica. Closing track Strange Candy sounds like a track you would have on while eating some odd candy (kids don’t try any strange candy). Beginning as a calm song, it gives the impression of a very chill vibe, something unusual compared to the majority of the album.

Overall this record has a very old-school metal vibe to it, with strong Pantera influences. Full of riffs and trippy feels, the vocals range from guttural growls to smooth cleans effortlessly and it’s no wonder why the band have been named as one of the most exciting bands of the 2016!