Slam Dunk festival made history for Cane Hill, with it being the New Orleans metallers first UK shows. We sat down with frontman Elijah Witt and guitarist James Barnett to chat about their new album, that video for True Love, their favourite thing about the UK and how James is Beyonce. 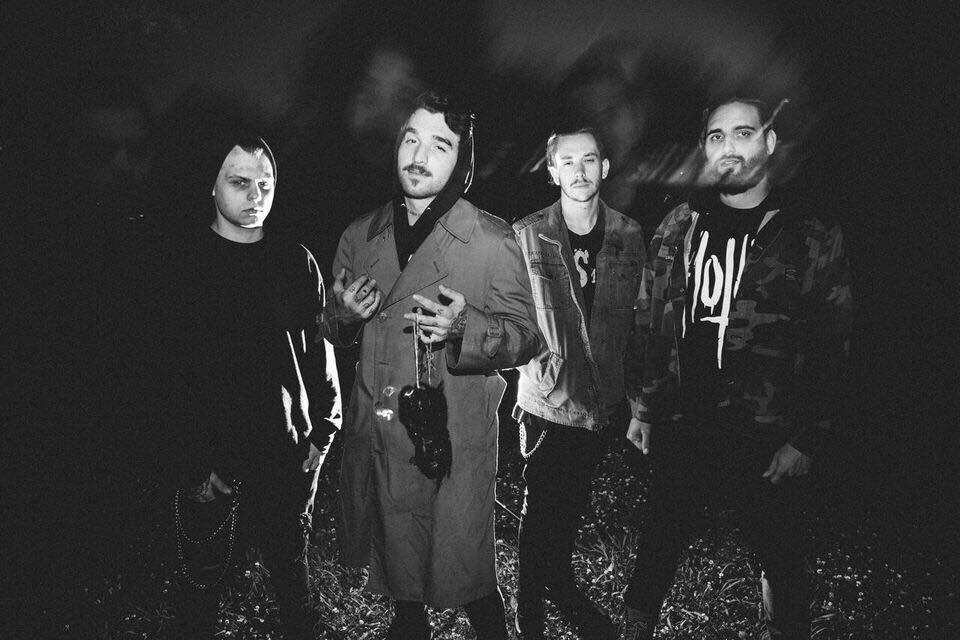 Slam Dunk festival made history for Cane Hill, with it being the New Orleans metallers first UK shows. We sat down with frontman Elijah Witt and guitarist James Barnett to chat about their new album, that video for True Love, their favourite thing about the UK and how James is Beyonce.

‘Smile’ is being released on July 15th, are you excited for people to hear it?

Elijah – No (laughs). Yeah, no-one should listen to it, (puts on English accent) it’s terrible.

If it’s anything like True Love then it will be awesome!

E – You like that one? That was the second one we wrote.

J – You heard that? It’s one of my favourite songs. In the development of the record, it was the very first, we wrote the EP and then I went home and you know, I wrote that song. Holy fuck we sat on it for over a year. So that’s probably my favourite song that we’ve released yet, because I knew this was going to be good.

E- We’ve got better ones now.

You premiered the video for True Love on Kerrang! It’s quite a graphic video, how did the idea come about for it?

E – The song is all about sexuality and exploring the endless boundaries involved around sex because I think everything is taboo in America, we don’t really talk about sex, buying condoms, people feel weird buying condoms.

E – I bought lube and ice cream once. People were like “what are you doing?” “What do you think I’m doing?!” I got this strawberry and chocolate lube for my vanilla ice cream, put two and two together brother.”

E- Anyway! So for the video, it’s animalistic so we have animals like bats and lionesses eating meat and honestly it’s like sex should be fun so the video’s all kind of like domination, brutal fun and creepy, scary sex. That’s the most fun sex. Spit in my mouth.

It is a really good video.

J – We spent the least amount of time on that video, we shot three in a row and that was just like B roll stuff.

Slam Dunk is your first UK shows, it must be a great feeling to mark your first shows on the festival’s tenth birthday?

E – We legitimately had no idea it was the tenth birthday until yesterday but that’s pretty cool. Happy decade.

What has it been like in the UK so far then?

J – It’s definitely something else!

E – Most importantly I think the shows are good.

J – Nah fuck that, it’s all about the parties!

You’re about to head out on Warped tour, are you looking forward to it?

J – Yeah I mean it’s gonna be hot though. We get to have a bus this time around, which we’ve never done that before. That’s probably the only thing that’s making it like ‘okay we can do this’

E – A little bit of comfort after being in a van. I love my van but it’s a piece of shit, we’re going to die in that van.

J – It’s gonna kill us. Fuck that! Like very soon.

Hopefully not. Do you have any plans for the rest of the year after Warped?

E – That’s one of them. I don’t think that’ll change, that’s like a permanent plan. We’ve got an Australian tour with Bullet (for my Valentine) and Atreyu, UK tour with Bullet and KillSwitch (Engage).

J – We got a couple of stuff we can’t tell you about. It’s pretty cool, once we announce that one it’s gonna be ‘holy shit’.

We always end our interviews with some fun questions. If you were in a boyband, which would you be in?

J – Does The Temptations count? That’s a girl band.

Elizabeth Birt: That’s a girl band? Are you sure?

J – Yeah, I’ll be in the girl band. Temptations, Destiny’s Child, one of those.

You could have written any song in history, which would it be?

E – Fuck, one of them Beethoven ones. He’s widely famous still, centuries later, he’s done well for himself or Phil Collins, In the Air Tonight.

J – Mine would probably be Rooster by Alice in Chains. Maybe Hangar 18 by Megadeath or something, something shreddy.

J – (some deliberation on which to pick) So we had an off day in New Orleans and we got so super wasted, so super wasted and we wanted an Uber XL since there was nine of us.

E – I had already disappeared by this point.

J – He was black out, chasing women.

J – We get in this Uber and Ryan, he’s by the window and he’s got his head out like a fucking dog with the wind blowing in his hair, he’s talking to pedestrians and this Uber driver is like “hey you need to calm down” and Ryan immediately was like “You need to get your dick outta my ass.” And that motherfucker slammed the breaks and we had to go…fast.

E – I can only assume my rating was shit, which might explain why it takes so long for a fucking Uber now. GOOD JOB! Now I’m pissed.

J – Fuck, I like writing and playing. If I had a choice though, I guess I’d be a writer so at least I have some money coming in.

J – I don’t know how many I have! I got this booty heart, that’s my favourite.

E – I got a bunch of matching ones with my ex, so fuck me. I like them but fuck me. I made good decisions in my life. I think she’s getting hers surgically removed so oops. They won’t be matching then… Yeah then I just have these weird tattoos like goodbye in French on my knuckles like ‘au revoir douchebag’. Makes sense.

If you could have a meal with any three people, dead or alive, who would it be and why?

J – Me and him will tear up the wings.

J – That’s three bands. Would have to be a pretty big table… 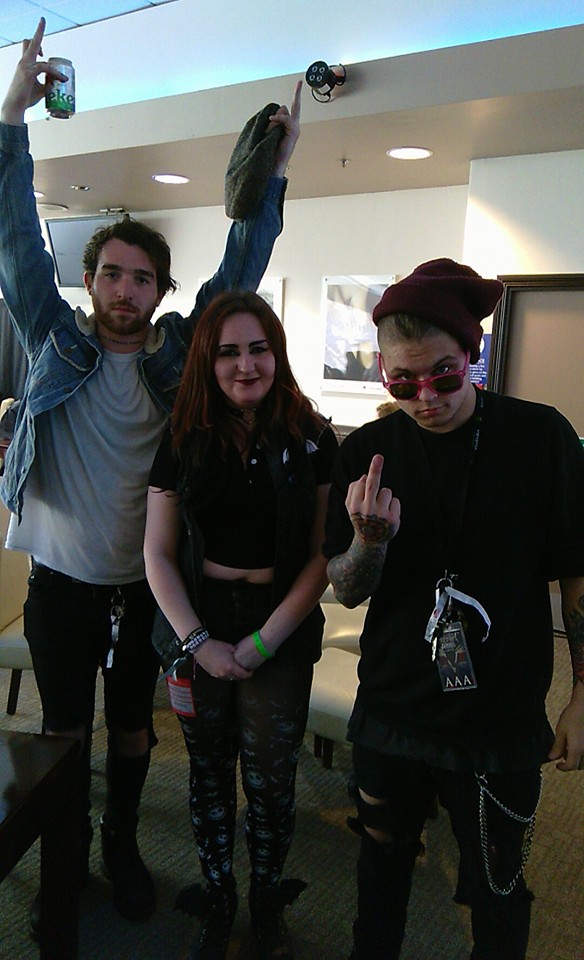