Out Came the Wolves – Strange Fate

Following on from their highly successful run as support for Ice Nine Kills on their Hell in the Hallways tour first leg, Minneapolis rockers Out Came The Wolves are set to release their debut Roadrunner Records album Strange Fate on October 28. Elizabeth Birt got her hands on a copy and gave her thoughts… 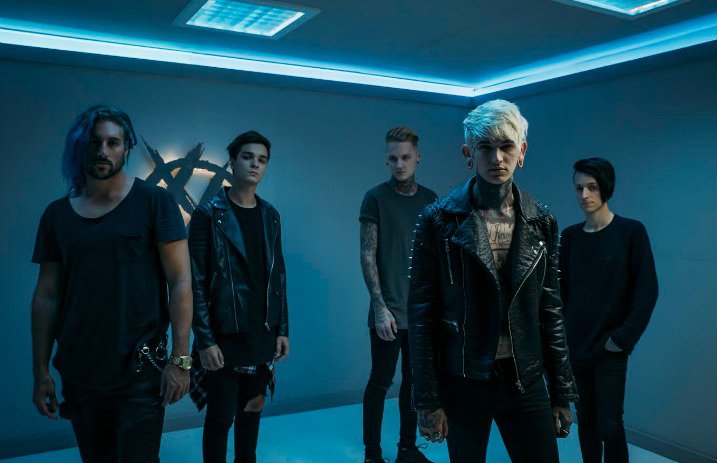 Following on from their highly successful run as support for Ice Nine Kills on their Hell in the Hallways tour first leg, Minneapolis rockers Out Came The Wolves are set to release their debut Roadrunner Records album Strange Fate on October 28. Elizabeth Birt got her hands on a copy and gave her thoughts…

Frontman Cameron Burns says of the record; “I am extremely proud of this record and everyone involved with it. We have put a lot of time into this and we are beyond excited to share Strange Fate with the world.” So lets see just how proud he should be.

The opening of album opener 96 is odd but in a very good way, it’s hard to describe but you’ll know what I mean when you hear it. The way the harsh vocals of the verses are performed is reminiscent of an early Oli Sykes. Lyrically, the track talks about the things that went on in Cameron’s mind when he was taking Adderall through school and how people are made to take medication to feel ‘normal’. Queen Mary shows off Cameron’s clean vocal talents more than the opener and the screams are much tighter.

The intermittent instrumentation at the start of Bleed and the calmer vocals lure you in to a more mellow track before hitting you with a great hook and then a massive punch to the face (metaphorical of course) as the screams come in. If you want a song about being alone, then Baby Blue is for you. “You’ll never have to change yourself” is a strong lyric that needs to be out there especially in the social media obsessed world. Title track Strange Fate, is described by Cameron as the turning point in the record and it starts with “don’t hold your breath, just breathe it out” being repeated over a quiet, almost non-existent melody. This is the shorted track on the record and is completely contrasted by the heavy opening bars of its following track Kodiak. This track is very heavy throughout and a follow-on from the story told in Queen Mary. There’s great guitar work throughout. Skin & Bones talks about losing your mind and isolating yourself from everything around you. It is a very good track just like the rest of the album.

Well the official verdict here at AltCorner Towers is that Cameron and fellow band members; guitarists Austin Brady and George Shrouder, bassist Ervin Buljubasic and drummer Andy Hart should be very proud of this record! It is a very strong debut album now all that is left is to have it on repeat until my ears bleed and sit very (im)patiently for the quintet to come and tour over the UK so we can hear it live!