Cardiff is the destination for tonight’s gig which sees the Valley’s favourite sons Breathe in the Silence headline a great bill to celebrate the release of their EP Hold My Heart. 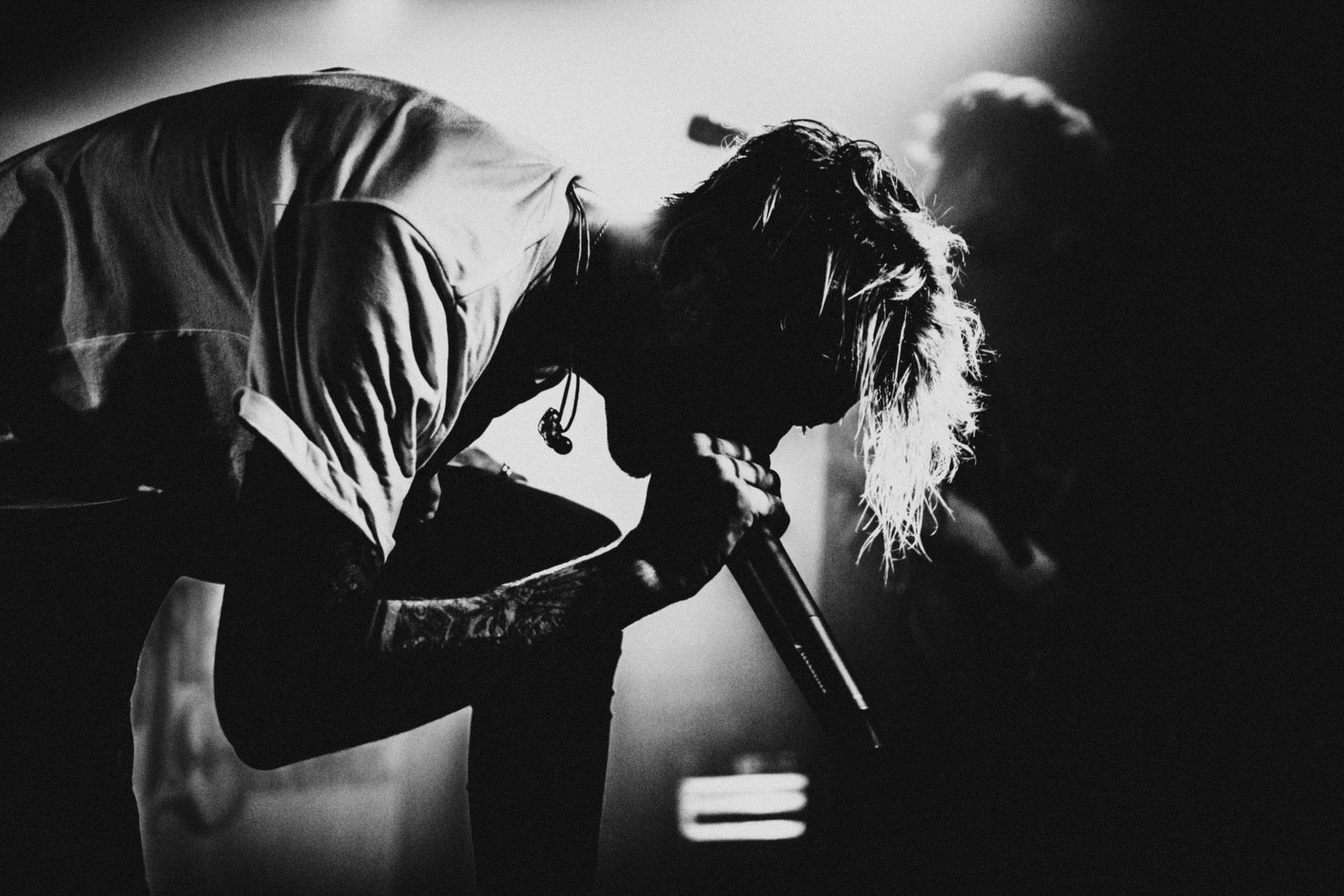 Cardiff is the destination for tonight’s gig which sees the Valley’s favourite sons Breathe in the Silence headline a great bill to celebrate the release of their EP Hold My Heart.

First up is Carmarthen’s Dream State. It is always hard for an opening act to get the crowd going and this was the case. The band make good use of the stage and have a good strong bassline throughout tracks including Try Again. The vocals sound a bit over stretched at times and there isn’t much crowd interaction.

It’s lights out and an almost creepy atmosphere as the voiceover for Beyond Recall starts. With frontman Zaid Elgahmi beginning at the back of the room blending into the darkness in a hood and white mask. There is more crowd reaction and interaction throughout the set which includes Zaid’s motivational speech on not letting people’s opinions of yourself get to you before launching into a new track Tomorrow. It’s cover time as a great rendition of Flo Rida‘s Low is belted out, with the frontman and guitarist Chris Hewitt heading into the crowd before ending with Always and a crowd sing-a-long for the chorus. Throughout the set, the vocals from all three members (including drummer Josh Wilett). There is a very good stage presence and this band were the highlight of the night.

Reaper in Sicily have been on a bit of a break and are back with a vengeance. The band put in a brilliant set with good crowd interaction and great vocals. The band played through fan fvourites including Into the Grey, Boys Will Be Boys and 50.

The show however belongs to Breathe in the Silence. The gig kicks off their UK run and celebrates the launch of the Hold My Heart EP. Vocals are on point as the self-described “valleycore” quintet play through their EP including tracks such as Promised Lands and the title track to the delight of the crowd. There is also a treat with previously released tracks including Forget the Light and Out Of Sight. A very energetic and good set from a very talented bunch of guys.