As the house lights go down for openers Starset, 2 lit up screens on each side of the stage illuminate the room while a deep rumbling bass tone fills the O2 Forum for a lengthy duration, causing the onlookers to give up chanting their name while eagerly awaiting any sign of life on stage. Now […] 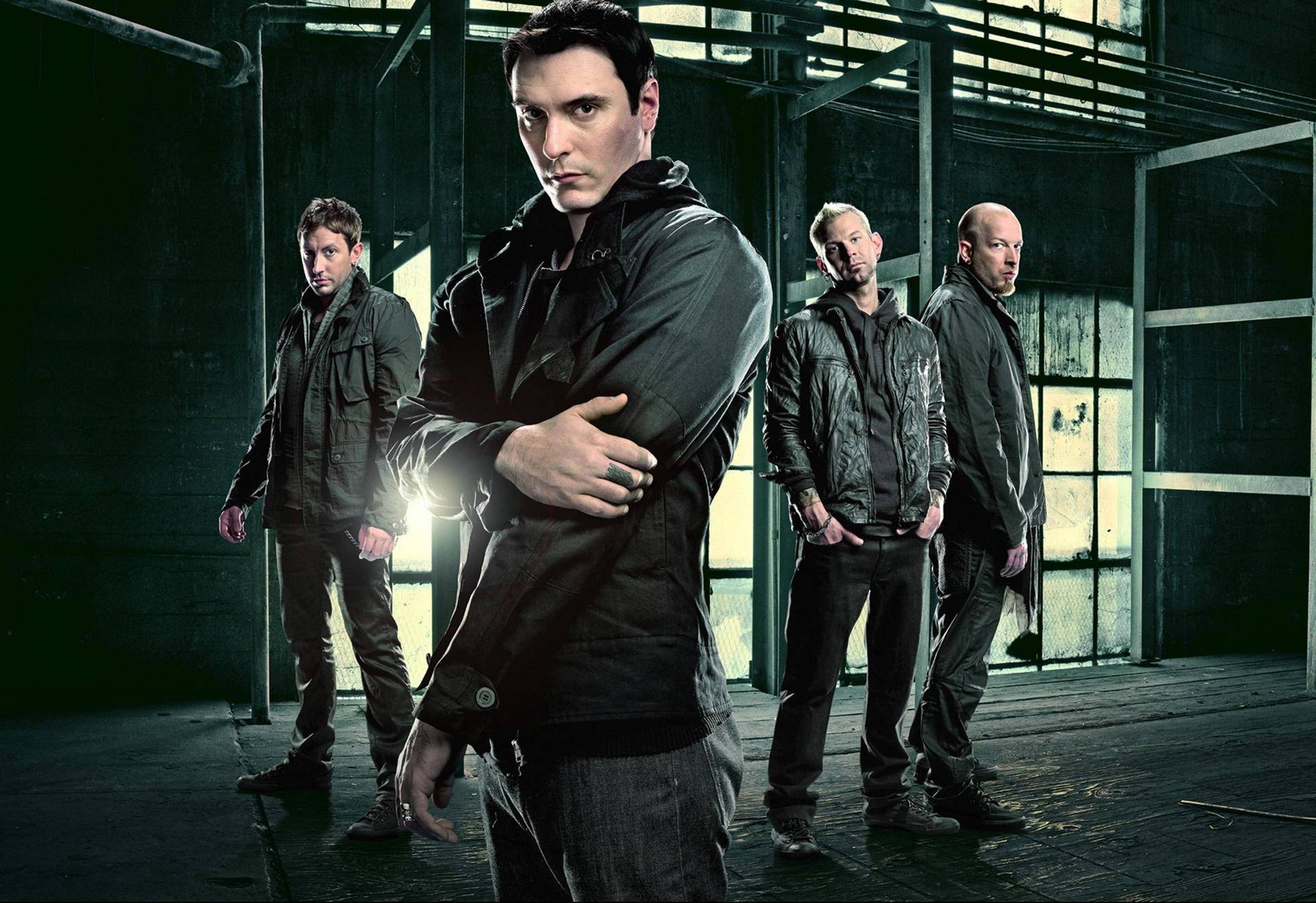 As the house lights go down for openers Starset, 2 lit up screens on each side of the stage illuminate the room while a deep rumbling bass tone fills the O2 Forum for a lengthy duration, causing the onlookers to give up chanting their name while eagerly awaiting any sign of life on stage. Now I’m beginning to understand the glass wall surrounding the drum kit to hold back any impatient fans who are willing to throw something.

5 minutes later we finally have activity on stage who look like they are searching for signs of life as the drummer, guitarist and bassist wear fully kitted space suits, credit where credit is due this is a unique experience to see the suits light up in synchronization to the blend of atmospheric and ambient sounds lined into the alternative rock genre, while the mesmerizing space-cinematic clips are playing on the screens. A great reception from the audience towards the solid set from Starset who have proven themselves a great pick for a support act. As they exit the stage Breaking Benjamin fans gear themselves up for the main course, edging their way closer to the stage in this sold out show.

Taking to the stage one by one with each instrument being introduced for So Cold, fans are throwing fists to the air in support of this classic Breaking Benjamin track, welcoming the band with open arms. Following up with Angels Fall and Sooner Or Later again brings hands to the air more freely rather than the clenched fists while singing back every word to Benjamin and his latest line up since the reformation of the band, seeing Benjamin happily throw several plectrums in all directions to some lucky fans during the song. Blow Me Away truly is blowing people away as a featured song from the video game Halo 2 opens up the O2 Forum.

So far they are showing a great variety of back catalog and hits in the set while performing each track at the top of their game, Benjamin Burnley‘s baby of 18 years has reached the age of adulthood, and still have so much more to give with this solid line up and use of multiple live vocal parts. With the heated crowd looking like they need a quick breath of air, an interlude break and guitar swap takes place before guitar riff for Never Again chimes leading back into the heavy tones that are most familiar as the blinding light show continues, the room gets crazier, the fans get sweatier and the tracks keep a steady pace of anthem after anthem.

Speaking of anthems, they pull off a great medley which included several classic tracks including snippets of Pantera, Nirvana, Rage Against The Machine and more, which increased the movement of the whole floor attendance that continues as Polymorous follows, being their earliest song release that still sits so well in the set. Ashes Of Eden brings out the singers in the audience as everyone screams the words back to this ballad, overpowering the main vocals through the house PA. Until The End leads back to basics with powerful riffs that followed into a drum solo as the drummer is left to wow the sold out O2 Forum with his stick skills before being rejoined to perform Evil Angel.

A big thank you from Benjamin as he explains London was the first place outside of the United States they had been to (mainly due to his phobia that has restricted Breaking Benjamin from certain travel commitments) as I Will Not Bow has the stalls on their feet and every individual singing along for one last time. Leaving the stage, fans know there is one huge song they have been missing and are not moving an inch until they come back to perform the encore which soon enough has fans going wild for The Diary Of Jane, possibly the most notable release.

It is safe to say since the return and change up of members in Breaking Benjamin, they have come back better than ever putting on a Class A show with spot on harmonies and a huge full sound with the 3 live guitar tracks there is still so much more this band can produce and bigger venues they will sell out. Reading & Leeds are in for a treat as one of the most experienced Alternative Rock bands will be taking the festival by storm and should not be missed with their rare appearances outside of the US.