Blasphemer have been something less than prolific in their album releases during their time as a band; The Sixth Hour marks only the third full length release from the Italian (formerly) brutal death metal band. The first two records, 2008’s On The Inexistence of God and 2016’s Ritual Theophagy were exercises in controlled, technical brutality. The Sixth Hour sees them add layers of black metal atmosphere to their sound. 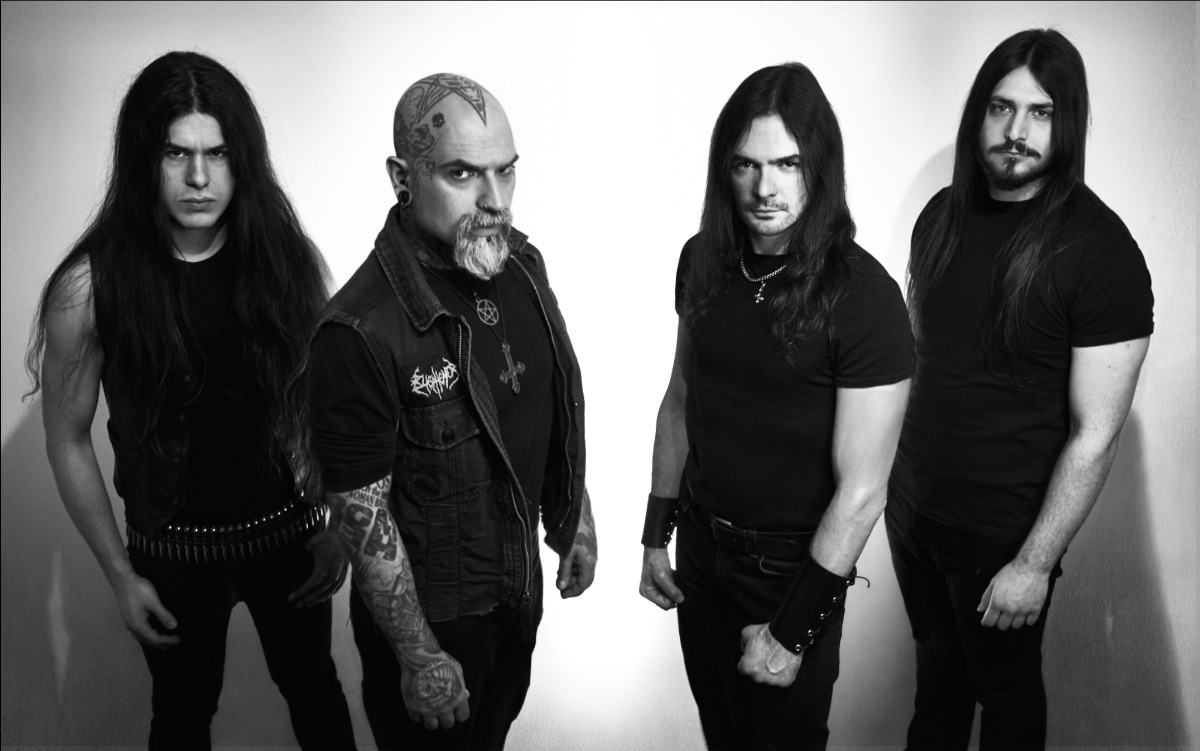 Thanks to the band name and the album titles, it has always been clear what the subject matter was, but without them, it would have been hard to distinguish Blasphemer from every other technical death metal band that has trotted out in Cannibal Corpse’s footprints.

The leap, both in terms of grandiosity of themes and of musicianship and songcraft, is a huge one from Ritual Theophagy to The Sixth Hour. Even on a level as empirical as album length, neither of the previous two albums touched 30 minutes, whereas this reaches towards the 45 minute mark. Though never short of a grand turn, The Killing Dogma featured an extended intro of the theme from The Godfather, it is one huge step up to a broad thematic record, documenting the last days of the life of Jesus Christ.

The songs on this release are also vastly more developed, from the outrageous Behemoth-esque chant along of Hail, King Of The Jews! to the straight ahead blackened death bludgeoning of Lord Of Lies. The aforementioned Behemoth are definitely a large influence here with the opening sprawl and then turn of pace that begins I.N.R.I directly mimicking the beginning of Ora Pro Nobis Lucifer. And that’s not to criticise them, if you’re going to take influence (and a little more) it might as well be from the best, and it works to great effect.

Since On The Inexistence Of God, it’s been clear that there was no lacking in musicianship within Blasphemer, but the added vision they have brought with their new direction into more blackened death metal, cannot be understated. Whereas one could have been forgiven for thinking that the previous releases had the air of a band running down a fairly short cul-de-sac, they now sound revitalised and poised for greater things. There’s no reinvention of the wheel here, but what there is, is a very accomplished album brimming with riffs and blast-beats that does a masterful job of re-telling a very old story in an interesting way!