SHELTER the new LP from Bars Of Gold, is a post-rock indie record that has an inescapable guitar focused danceable rhythm throughout. Made up of members of a post hardcore band, that influence is there throughout particularly from the drumming and some of the guitar work. Ultimately the post-rock is there but there’s hard hitting element to this record that makes it stand out from its dreamier counterparts. 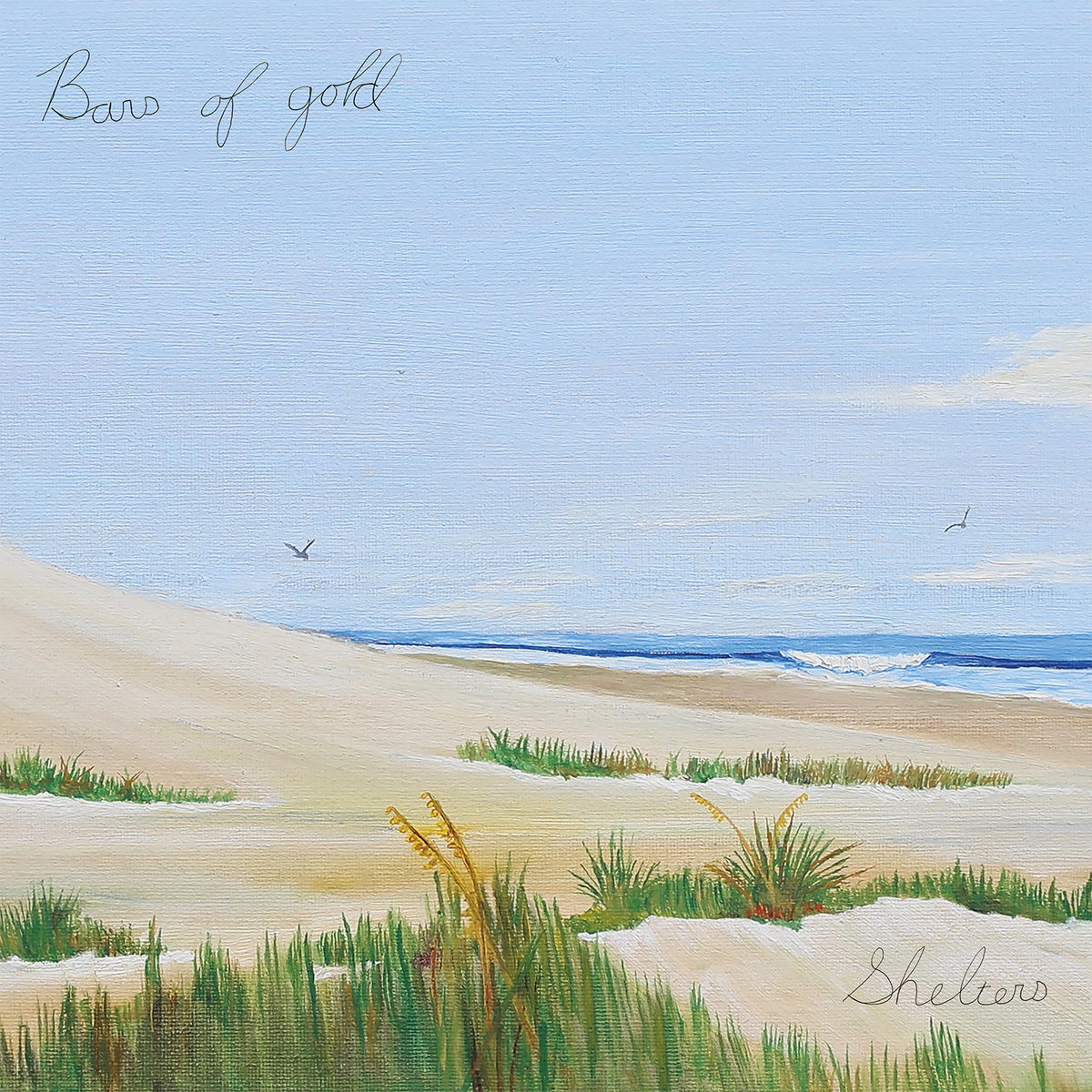 There’s a punch to this record. Especially on first listen. Whether it’s frontman Marc Paffi’s gravelly wails, or the 4 guitars adding an incredible oomph and depth to the sound. The vocal patterns and melodies are taken straight from The Cure handbook. But at no point does it sound like it’s ripping anyone off. It is essentially post-hardcore musicians trying post-rock and that is almost exactly what it sounds like. There’s no shortage of personality, there’s no fear in sounding different to most post-rock bands.

The album is unique without being too complicated. The songs aren’t dragged out but still manage to be journeys. Across the album the songs flow from funky rhythm sections to almost country ballads. It’s an album that takes a heavy British influence and makes it wholly American (in a good way).

The album draws on all these influences and does create songs that are never boring. My one criticism would be that the hooks don’t stay with you as long as they could do. They don’t quite grip you like they would if this was a great album. Its unfortunate as it is the only true criticism of this record, but it is a big one. When the songs are more compact than others of the genre, they need hooks to take them to the next level. And on SHELTER they don’t.

Ultimately this is a good record and fans of post-rock, indie and even the more melodic post-hardcore would find this record interesting. It’s an album that doesn’t quite get its claws in you but when you do listen to it you aren’t left unsatisfied. On SHELTER, Bars Of Gold provide a new take on post-rock, which alone makes this record worth a listen.