Industrial Metal titans 3TEETH are dropping quite an epic album ‘<Shutdown.exe>‘ featuring heavy industrial rhythms merged with electronic soundscapes, showing great diversity whilst maintaining their own defining characteristics within the genre. There are easy comparisons to make to the likes of Rammstein and Nine Inch Nails, there’s also even a hint of Marilyn Manson, Rob Zombie, and  Gojira hidden in there. Alexis himself states […] 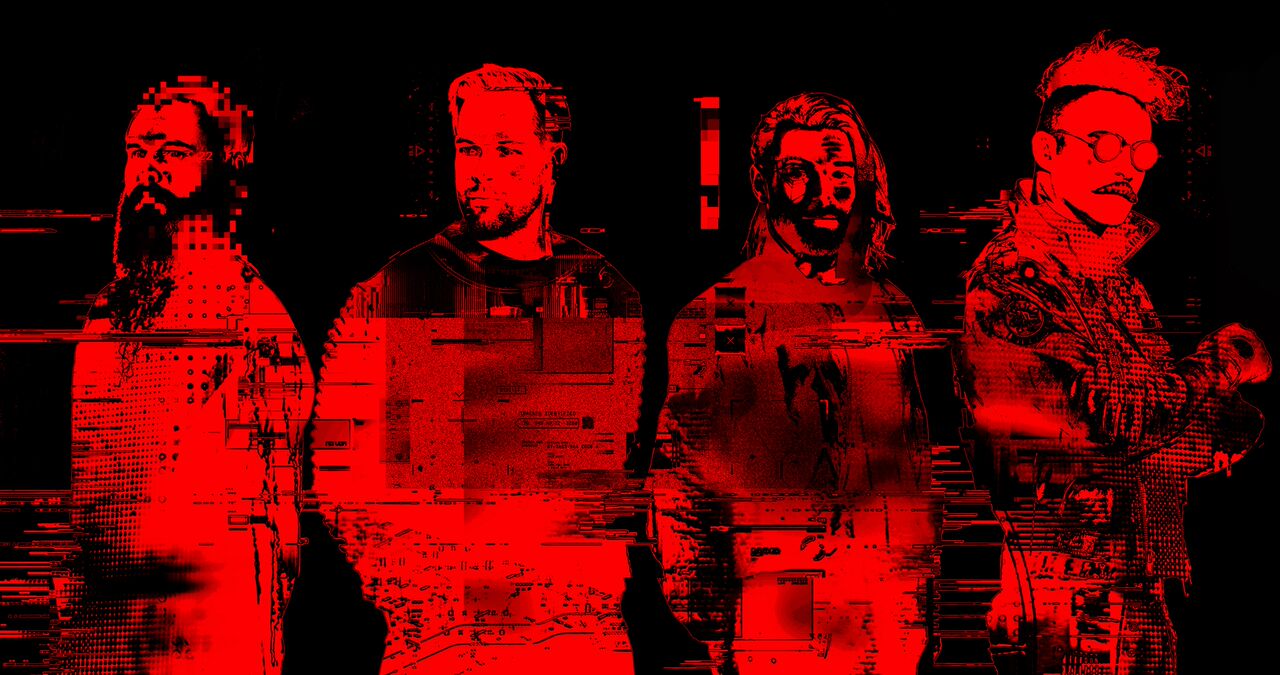 Industrial Metal titans 3TEETH are dropping quite an epic album ‘<Shutdown.exe>‘ featuring heavy industrial rhythms merged with electronic soundscapes, showing great diversity whilst maintaining their own defining characteristics within the genre. There are easy comparisons to make to the likes of Rammstein and Nine Inch Nails, there’s also even a hint of Marilyn Manson, Rob Zombie, and  Gojira hidden in there.

Alexis himself states that the vision behind the album is to create a state of mind thats intention is to suck the poison out of a mass production society, and spit it back in their faces. This is definitely an album you should sit and listen to in its entirety, in track order, to get the intended feel and understanding.

The album starts and ends really well, flowing from one song to the next with versatility, however the tracks in the middle seem more like fillers, but then again this is the case with most albums that are longer than 5 tracks. Divine Weapon kicks the album off with a haunting male solo chanting vocal intro, (think intro music for ‘Xena Warrior Princess’ and ‘Hercules’ style), developing intro industrial music with the introduction of ominous synths and pounding drums, battle music, sludgy, steady, motivating. More chanting in the background acting as a musical layer, giving you a small respite before kicking in with vocals you feel right in the pit of your stomach. A really strong start to the album.

Pit of Fire, the second track of the album, shows off the versatility with Andrew’s vocals going into a cleaner twist as well as absolutely nailing the Rob Zombie style with a more industrial metal twist. On a whole, this song shows off the versatility this band have and they’re not just a one trick pony, developing contrasting layers and deeper meaning in the music. The song itself has a feel remnant of ‘Queen of the Damned’ style vampire film, and the bass tone is absolutely bone crushing, think dirty, heavy, and arousing.

The third track, Atrophy, peaked my interest in this band even further as the song begins with a sampled spoken voice loop. A very typical and widely used element, but very effective and fitting nonetheless, melding into heavily industrial synth and rhythm lines. The first three songs are possibly the strongest on the album, this being my favourite. It all flows very naturally and leaves you wanting more. Keeping to a theme but also keeping the interest. Oblivion Coil comes after this track, and is the first song I found myself tempted to skip after it got half way through. It starts off with a more electronic intro and vocals with a megaphone effect, it doesn’t have that same heavy underground industrial feel to it as the other tracks. Maybe a bit of a respite to the album, however the following 4 or so songs left me a bit turned off, especially after such a promising start. Don’t get me wrong, there are strengths to all of the tracks, the chuggy riff of Shutdown and the lower gruff vocals in Tower of Disease were promising, however there wasn’t really any other sustenance to them. Degrade didn’t really seem to go anywhere and was too repetitive/monotonous, and Tabula Umbra‘s unexpected change in direction two thirds of the way in seemed a bit too abrupt.

Thankfully, the last 5 tracks on the album redeem it for me and it finishes strong. Voiceless, although taking a softer approach, further shows the bands creative diversity and adaptability to work within a genre, with almost mesmerising vocal lines with a whisper and melodic spoken word effect. The chorus has a more ‘guitar heavy’ take and shows more rhythmic variety rather than sticking to a singular driving beat underneath the music. Great use of musical peaks and troughs, great contrast between sections.

SlaveGod has a slightly more melodic feel and shows hints of Gojira. Insubstancia has an effective atmospheric electronic soundscape feel, with dissonant synth chord stabs and mesmerising vocals. B.O.A is very Nine Inch Nails and Rammstein, but again has enough variety and interest to stand out from the rest, and Away From Me closes the album ingraining that industrial sound.

All in all this is a very strong album, more of the songs being killer than filler, which is always a bonus! If you’re a fan of industrial music then its definitely worth a listen. The band have definitely refined their sound and understand how to mould their songs, there’s just a few tracks in there that didn’t quite do it for me though.