It’s February, the month of love, and here at Alt Corner we want to express our love to our favourite bands. This time it’s the turn of Nathan Blackstone telling us why he loves Brand New. From the moment I first heard the haunting, hanging notes of Jesus, I’ve been in love with Brand New. […]

It’s February, the month of love, and here at Alt Corner we want to express our love to our favourite bands. This time it’s the turn of Nathan Blackstone telling us why he loves Brand New.

From the moment I first heard the haunting, hanging notes of Jesus, I’ve been in love with Brand New. Their discography starts with the youthful Your Favourite Weapon, progressing to Deja Entendu, an emo record that did away with the genre’s clichés and turned it sideways. Then came The Devil and God Are Raging Inside Me which proceeded to turn emo on it’s head. The records impact was well documented last year with it seeing it’s 10th anniversary. It’s influence is clear in bands such as Citizen and Safe To Say who are rising up with a sound influenced by TDAG era Brand New. After TDAG, Brand New brought out their latest release, 2009’s Daisy. Fans are somewhat divided on Daisy but it contains some real gems.

I first discovered Brand New after a friend recommended Jesus to me. After listening to that I checked out more of their songs before eventually hearing the song that sealed the deal, Limousine. Limousine is the fifth track on TDAG which lasts 7 minutes and is written about the tragic death of 7 year old Katie Flynn. The savage vocals and raucous guitars got me hooked and still keep me enthralled to this day. The whole record is a masterpiece, often described as the sound of rock bottom. It’s a heavy, emotional album the likes of which I hadn’t heard before or will likely hear again. If you’re a fan of emo and you haven’t heard TDAG then what are you waiting for?

I was fortunate enough last year to see Brand New live when they supported Biffy Clyro on the Ellipsis tour. While both bands were amazing that night, seeing Brand New was an unforgettable experience for me. From the quiet moments of Jesus to the brash Luca bomb (which I was very lucky to hear live), every part of every song sounds better live. If ever the opportunity to see them live comes up, take it! As live bands go, Brand New are pretty incredible. Huge sing-along choruses, crazed stage antics and their notorious live jams make for a great performance.

Brand New have been a favourite of mine for many years and were the obvious choice to write this to for many reasons. One of these reasons being that their end may be near. A series of mysterious clues culminated in the display at the end of their 2016 tours reading “BRAND NEW 2000- 2018”. The obvious connections to the lyrics of their song “Soco Amaretto Lime” (We’re gonna stay 18 forever) lead much of the fan base to believe that 2018 will really be the bands end. It’s a sad time for us Brand New fans but we have much to be thankful for, a near perfect discography to enjoy long past the bands retirement (whenever it may be), the bands dedication to touring and even the recent release of their previously unreleased material. Some fans cling to lines from the few interviews that the band has done, lines that make it seem as if the band won’t be completely splitting. I’d love for that to be true but as a Brand New fan who’s been waiting and speculating on the new album for years I’ll stay as I am, hoping for something while expecting nothing. Even if this is the end of Brand New they leave with a great legacy and a fan base genuinely moved by their music. 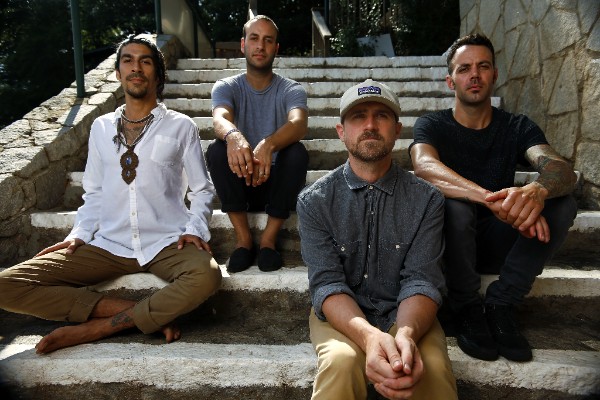