Youth In Revolt take on the A-Z challenge!

US post-hardcore band Youth In Revolt recently released debut album The Broken on Outerloop Records and completed their first headline tour across the US. We asked guitarist Chris Coletti to take on our A-Z challenge. A song that made you want to make music? Too many to name! But the first song I ever learned […] 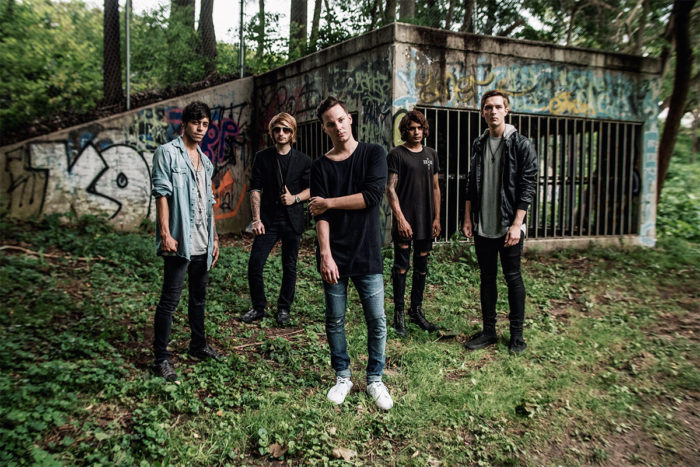 US post-hardcore band Youth In Revolt recently released debut album The Broken on Outerloop Records and completed their first headline tour across the US. We asked guitarist Chris Coletti to take on our A-Z challenge.

Too many to name! But the first song I ever learned on guitar was “Pretty Handsome Awkward” by The Used.

A 15 passenger van was what we used on our last tour.

Too many to name, for sure. getting to see our new record “The Broken” in FYE was pretty cool.

“I couldn’t help you escape your demons & now I’m stuck here picking up the pieces.” from Not Giving Up always hits me hard.

“Alright” is definitely the easiest song, if you mean instrumentally.

I really love playing The Broken live. So much energy! that, or Love Is a Liar’s Game.

The lack of comfort while on the road. going days without showers and proper food can get old pretty quick haha.

Arvin is a really good magician.

There’s an entire archive of inside jokes that we just continuously cycle through on a regular basis. It never ends lol.

Don’t overthink it & don’t get discouraged! sometimes I get kinda mad at myself because I can’t think of a solid riff or a good lyric but once I take a break and listen with fresh ears, I usually like what I hear. Believe in what you’re writing & let it come naturally.

I think the farthest date on our last tour was in Nashville, TN!

Bring Me The Horizon.

Be sure to check out our new record “The Broken” that came out back on February 17th!

Each track on “The Broken” really touches on the many different emotions or situations that one normally goes through during their life. It’s a “call to arms” for all of those people who feel broken in the inside; to let them know they are definitely not alone in their battles.

There are definitely pros and cons to how rapidly and how drastically the music industry has changed but I’d have to say that the current days are better!

We play Not Giving Up acoustically sometimes! One of my favorites.

Literally everything! there would be no Youth In Revolt without our fans.