Luton post-hardcorers Young Kings have just rounded off a run of European dates and are gearing up for more shows back here in the UK! We asked the band to take on our A-Z challenge! A song that made you want to make music? Will (vocals)– Talking Old Soldiers – Elton John was the first […] 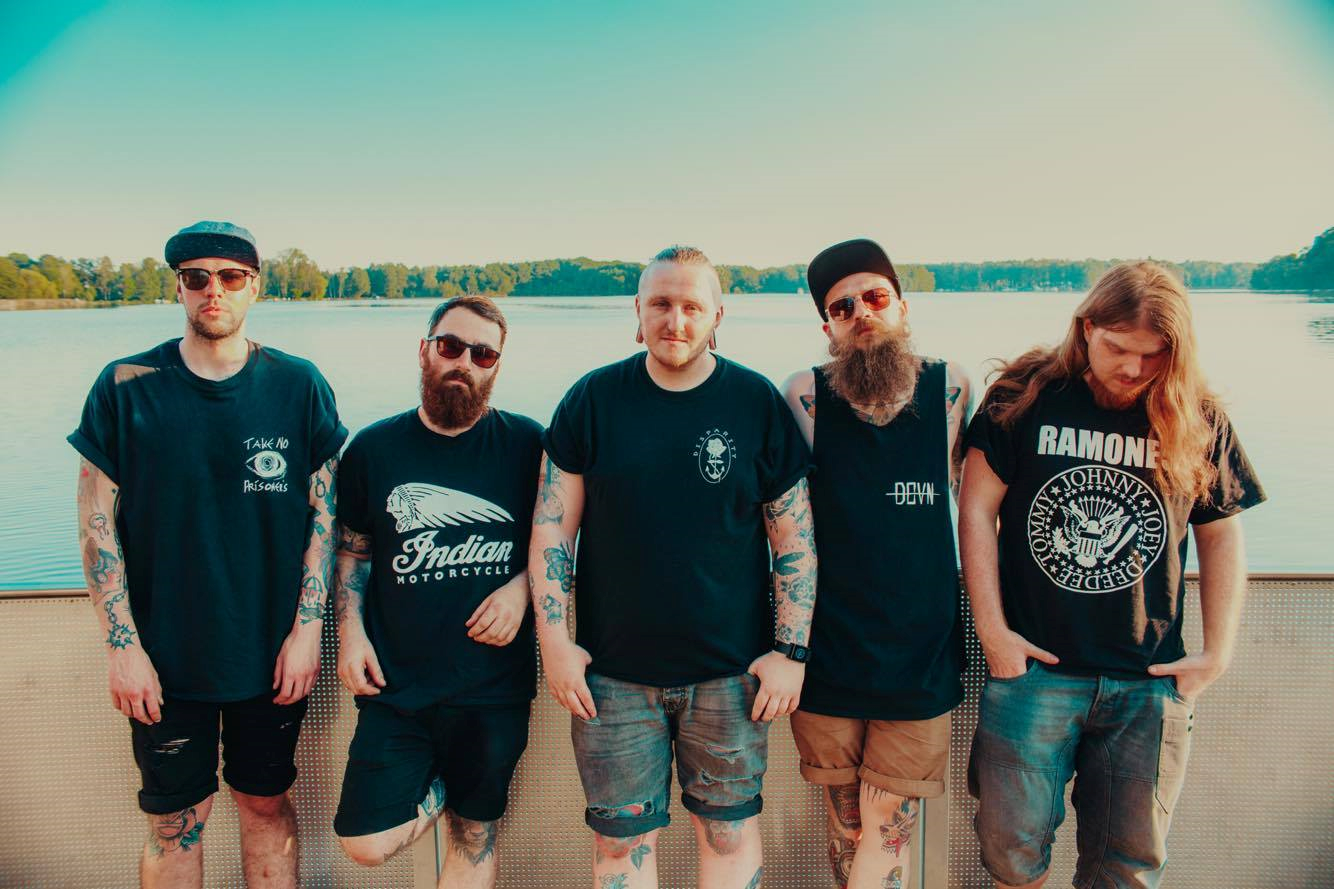 Luton post-hardcorers Young Kings have just rounded off a run of European dates and are gearing up for more shows back here in the UK! We asked the band to take on our A-Z challenge!

Will (vocals)– Talking Old Soldiers – Elton John was the first song that I ever listened to that struck an emotional chord with me.
Donny (drums) – Rock Show – Blink 182. Travis Barker was and still is probably one of the best drummers in the world.
KC (guitar) – I Would Do Anything For Love – Meatloaf was the first real song I can remember vividly that made me want to make music.

Will – In Germany they went all out in making us Vegan spag-boll, and laid out a really nice spread; rolls, salad the works. They said tuck in, so we did, after Dave (Bassist) ate two plates of pasta and three rolls, they told us that the rolls were actually for breakfast… and were part baked.

Donny – Well i jumped off a pretty tall bridge in Switzerland second day into tour, and partially perforated my ear drum.
KC – The van door once fell off whilst we were driving, that was pretty funny.
Will – Definitely looking out at people connecting to the songs and singing them back.

Will – “This boy in full blossom is here, and I’m still yet to grow” from our song Young Ways. The lyrics are about a very close friend of mine who passed away whilst we were writing the song. He made the most of every opportunity which had an effect on me.

Donny – All our songs have come out really naturally, however Hyde would probably be the easiest, it was the first track we all wrote together, and we all seemed to gel instantly with that one.

Will – Gods Skin
Donny – I’ve got to go with Hyde, at the moment we open our set with it, and its just got a huge impact. Even when we rehearse it, it gets me pumped.
KC – Visitor for sure, I enjoy the movement of the song the most, and its just super easy to play.

Will – Charlie Simpson, cos I’m a massive (Fightstar) fan and his voice is incredible.
Donny – Adam Lazzara (Taking Back Sunday) literally everything he does is gold.
KC – Jordan Spears (Flood of Red) has such a unique voice, and absolutely kills it.

Donny – Will is a ridiculous swimmer, he’s pretty much our life guard every time we decided to go swimming in a random lake.

Donny– Every tour there is something completely different, someone will say something absolutely absurd on day one and it will be the joke for about two weeks.

Will – Eat a three course sad meal by yourself, have a mini-breakdown, ponder your existence and then wait for Donny and KC to start bugging you about vocals.
KC – Get really angry about having to work a real job, sit in the dark for three hours listening to Cher.
Donny – Delete everything KC has written for drums, and start again.

Donny – We’ve done some huge drives in Europe but the one that sticks out is a one off show in Workington, which took the weirdest amount of time to get too, but we did see the peak and lake district, and turned out to be one of our favourite shows.

Will – Gerard Way (My Chemical Romance) he was so theatrical in his performance and his vocals were unreal.
Donny – James Sullivan is probably the most insane drummer I’ve seen live, he literally lived up to every expectation I had.
KC – Travis Orbin (Sky Eats Airplane, Darkest Hour) is probably the most hardest working guy i know in music, period.

Will – Pinegrove
Donny – I don’t listening to anything this side of 2010 haha, but serious Faux, their songs just get stuck in my head for days.

Will – Dance Gavin Dance, I really bloody like them.
Don & KC – For us it would definitely be Emarosa, we saw them last year and it was honestly one of the best shows we’ve both been too.
KC – I’ve always been a huge fan, ER writes some beautiful music.

Will – I think we’d all love to be able to go over to the states for a tour.

Will – Our forthcoming release means living your life going from one side of your personality to the next on a daily basis and not being able to stay at a constant.

July 7th – Corby, The Ex
July 22nd – Luton, Castle Tavern
July 26th – Camden Black Heart
And we’re touring with our buddies in Cove from the 9th – 13th August. Head over to our Facebook to see all shows available.

Will – Not at all.
Donny – Music is constantly progressing, when we’re old and grey we’ll be talking about our day. It’s a constant cycle.

KC – We were actually going to do Kings Gin, but we soon realised that we all hate gin. So we’re thinking of moving on to Iced Tea.

Donny – We’re big fans of bands who have released “Re-imagined” versions of their work, its something that we’re  toying with for sure.

Will – Literally everything, every band says it but its true. Without people coming to shows, listening to our record, offering places to crash or even just speaking to us, we wouldn’t be able to do the things we enjoy most without them.

KC – Me and Don have started looking after ourselves a lot more so we don’t feel the effect of touring as much.
Donny – Dave suffers from chronic tennis elbow, he could have been pro.

You’re late for a show, whos fault is it?

Donny – This is super tough, we’re probably chimpanzees, most of the time we just sit around and are really chilled and relaxed. But it only takes one insignificant moment for all hell to break loose.